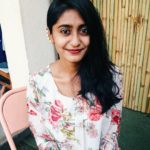 Aditi Murti is a marketing major with a strong interest in books, feminist theory and good music. She divides her time between college and various writing projects in Pune.

One of the essential components of a healthy lifestyle is clean water. However, millions of people die each year due to diseases associated with sanitation issues and inadequate water supply. This is rampant regardless of the fact that enough freshwater is available to curtail this problem. Droughts and water scarcity adversely affect livelihoods and opportunities for families across the world. Water scarcity in extremely poor countries worsens hunger and malnutrition.

Discrepancies in the water supply pose addition burdens for women in the lower economic strata. Women in 25 different sub-Saharan countries spend 16 million hours collecting water. Carrying heavy burdens repeatedly over long distances expose these women to myriad health risks plus prove as a detriment to their schooling. A lack of proper sanitation facilities for girls is one of the prominent reasons why parents are reluctant to send their girl children to schools.

41 countries experienced water stress in 2011, out of which ten are close to depleting their freshwater resources and must turn to non-conventional sources. Increasing desertification, a side effect of deforestation, and drought are worsening these trends. It is projected that one in four people will be affected by recurring water shortages by 2050.
To ensure universal access to safe and affordable drinking water by 2030, we must invest in adequate infrastructure, provide sanitation facilities and encourage hygiene at every level. Restoring and safeguarding ecosystems such as forests, mountains, wetlands and rivers (i.e. water based ecosystems) is essential to decreasing water scarcity. International co-operation, especially from developed nations is necessary to encourage water efficiency and support treatment technologies in developing countries.

“By 2030, achieve access to adequate and equitable sanitation and hygiene for all and end open defecation, paying special attention to the needs of women and girls and those in vulnerable situations”

The goal aims to create safe and private spaces for the millions of women and girls to access sanitation requirements without making themselves vulnerable to the threat of sexual harassment. Ensuring access to safe water and well-kept latrines, as well as soap for hand-washing, helps lessen the risk of diarrhoea and other illnesses. Safe, well-lit latrines with locks – whether in refugee camps or urban slums – can help reduce the vulnerability to violence that women and girls face when there is nowhere but a bush under cover of darkness to relieve themselves. Equipping schools with water and proper toilets means girls are more likely to stay and participate in their lessons during menstruation, and less likely to fall behind. And making sure health centres also have continuous access to safe water, private latrines and rigorous hygiene means better health care for all. Women and girls who are forced to flee their homes due to conflict or natural disaster face similar struggles. Often temporary shelters and displacement camps lack private and safe facilities to bathe, use the restroom, or manage their menstrual hygiene. This leaves them vulnerable to harassment and gender-based violence.

Women have constantly been victims of the sanitation crisis plaguing the world. The recent horrific rape and murder of two teenage girls in Uttar Pradesh proves the above statement correct yet again as both girls were attacked while they were going to the fields to defecate. Since women must step out early in the morning/ late at night to take care of their business, they suffer being at great risk of sexual assault in their most vulnerable moments. A senior police official in Bihar admits that some 400 women would have “escaped” rape last year if they had toilets in their homes. Senior police official Arvind Pandey told the BBC that such cases happen every month in Bihar, “They take place when women step out to defecate early in the morning and late evening. It is a very worrisome trend.”

About 300 million women in India, especially those in the lower caste and class rungs, are forced to defecate in the open as they are unable to access toilet facilities. The two girls from Badaun, UP who reportedly belonged to the lower castes,  (grouped together called Other Backward Classes (OBCs)), were among these women and paid with their lives.

These goals, if achieved, will bring about a massive change, especially to the lives of vulnerable women with no access to clean water and sanitation. These women are exposed to a devastating number of diseases that target menstrual and reproductive health. Though sanitation has improved for 2.1 billion people between 1990 and 2015, and open defecation has fallen by nearly half – 2.4 billion people still rely on unimproved sanitation facilities. Open defecation also puts women in dangerous situations of possible sexual assault. Involving women directly in the process, clearing gender responsive budgets and helping governments are a few ways by which this goal can be realised to prevent millions of women from deadly diseases and provide them with a better quality of life.