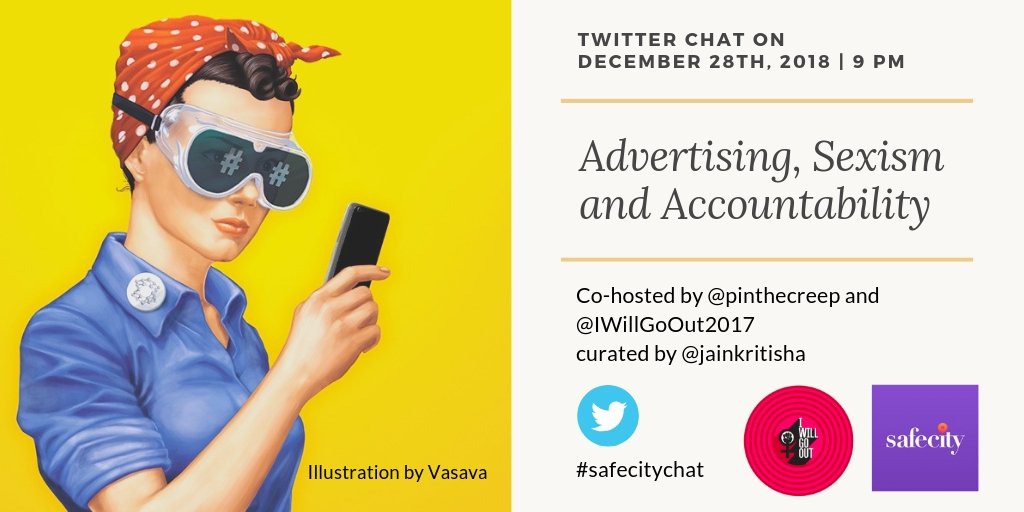 On 28th December, Kritisha Jain @jainkritisha from I Will Go Out 2017 @iwillgoout2017 conducted a thought-provoking tweetchat on ‘Advertising, Sexism and Accountability’.

The chat began by asking the audience the different ways through which the Indian Advertising industry could do better when it came to representation of women. The curator shared startling facts about a research by Engendered stating that only 17 out of 80 advertisements released during Diwali showed women in non-stereotypical roles. The audience was then asked their opinion on whether this was an apt representation of society today and what measures could be taken by the ad industry to make its messaging more inclusive, empowering and positive. The issue of censorship and censorboards was also discussed with regard to the quality of content of ads being targeted at the masses.

Ending the chat with a more solution based approach, the audience was asked for ways in which they, as customers, could demand accountability from the ad industry. The audience also shared examples of ads which made them feel empowered and included.

A Tweetchat by I Will Go Out!