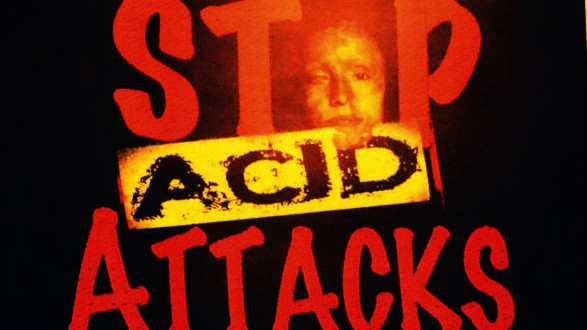 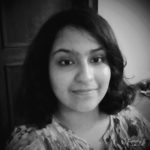 Kuhu Misra is a second year undergraduate pursuing law from IP University, Delhi. Apart from being a bibliophile, she also dabbles in amateur blogging and various oratory programs.

Acid Attack- A Heinous Crime Against the Body and the Soul

If burning is your culture, From ashes we rise.

Let scars be your gift, and can you burn a smile?

At first glance this quotation strikes the reader really hard but the blow of reality hits even harder. The reality which belies our presumptions of a socio-economically developing society where on the contrary certain gender based activities stand at the same stage as they did a long time ago.

Gender Based Violence (GBV) in India is as old as the society itself. Ancient history proves this allegation from the later Vedic age, the period which marked the onset of gender based violence in one form or the other. Thousands of years down the line, the fact and the situation of women largely remain the same barring a few exceptions of the wide population.

This discussion about gender based violence with special focus on “acid attack” in this article has not erupted from social media trending subjects (which is nowadays a very helpful move to mobilise certain issues that need to be addressed) but I am of the opinion that these issues have been present all around us in the form of those monstrous shadows which make us fear for our lives and force us to run away or avoid such discussions altogether. The fear is not in coming out to speak our minds and hearts on such dreadful acts but actually the fear of the consequences that would follow such freedom of speech and thought. How many of us would be ready to help a victim suffering from gender based violence like rape? The answer is evident in our silence itself i.e. every one of us, no matter how forthcoming we are in speaking on social issues, would think about the repercussions of helping such a person and mostly all of us would back out for the fear of our lives or for the safety of our families.

The statistics of gender crime shows us the same:

These brief statistics give us a vague idea of the condition of the victims of gender violence both at the national and global level. In this blog from the wider scope of gender based violence (rape, sexual harassment, stalking etc.) I would like to take up the issue of “Acid Attacks”, a heinous crime against the body and the soul.

Meaning of the term- Acid Attack

If we are to define acid attack in layman terms it can be defined as- a violent form of premeditated assault involving throwing acid on someone in order to physically maim, kill, or disfigure them. What thoughts brew in the minds of the attackers before committing such as sin is not entirely decipherable but the general studies by various researchers indicate that the attackers usually aim for the head or face in order to blind the victim to fulfil their desire of revenge.

The above definition portrays an image of man as the supreme gender and that refusal to any of their propositions results in the destruction of the lives of the women. These attackers or the men fail to understand that it is not the evidence of their masculinity but an indicator of their skewered and ill mental health which like a plague is gripping our society at an alarming rate. On hearing the word alarming rate, the people tend to question the government on their take on such sensitive issues and the schemes being implemented for the betterment of these fighters. One such scheme which is being featured here is Central Victim Compensation Fund (CVCF).

History of the Act

Earlier, in the Code of Criminal Procedure (CrPC), section 357  dealt with gender based crimes guiding the counsel in awarding of the compensation to the victims of gender violence. Earlier the compensation awarded was Rupees 5000- 1 lakh depending upon the nature and circumstances of the crime occurred. The meagre amount offered surprised everyone as the amount was nowhere nearly sufficient for the treatment of the physical injuries caused leave alone the emotional trauma which could not be treated even with huge sums of money. The amendment to this act came in the form of a PIL (Public Interest Litigation) filed by Lakshmi (acid attack victim) in 2006 related to various issues faced by the victims of acid attacks.

Amendments to the Act

Addressing the woe of the victims, the Supreme Court, in its verdict, directed the Union Government to fix the minimum compensation at 3 lakhs. After consultation with the governments of the states and Union Territories, the Ministry of Home Affairs proposed the setting up of a fund which provides relief to the victims of gender violence including acid attack victims. Therefore, the Code of Criminal Procedure was amended in 2008 and a new section 357A was introduced. Following the amendment and the orders of the court, states have come up with a Victim Compensation scheme.

The CVCF is setup with an initial corpus of Rs 200 crore that would be sanctioned from the Nirbhaya fund. The fund is also open to contribution from public. The minimum amount of compensation awarded to an acid attack victim under this scheme is Rs 3 lakhs (If the victim is less than 14 years of age, the compensation shall be increased by 50% over the amount specified above).

To provide relief to the real and needy victims of the crime, the states have come up with following eligibility criteria so that the imposters in search of free money cannot snatch away the rights of the real victims of such incidents. After the criteria for awarding of the compensation was set, the state governments came up with a set procedure through which a victim of any gender based violence could seek relief from the fund.

In spite of such inhumane atrocities, some of the victims have emerged as fighters and are supporting others in their struggle. One such story is of Lakshmi Agarwal who was attacked in 2005 at the tender age of 15 when she refused the advances of a 32 year old man. Despite being attacked at such a young age she did not lose hope and fought with her demons and emerged victorious and now is a happily married woman and a proud mother of a baby girl and works as an Indian campaigner for Stop Acid Attacks and also as a TV host. Another horrific story is of Rangoli Ranaut, actress Kangana Ranaut’s elder sister who was attacked in Dehradun by an obsessed lover, a first of its kind incident in the city. However the attack could not hamper the living spirit of Rangoli and after undergoing 57 surgeries she has emerged victorious against all the odds. Today she is married to the love of her life and manages the work of her sister on the professional front.

Thus, concluding the article I would like to say that gender based violence is a persistent challenge for the society which has been present in the past and persists even now. But with schemes of the government we can at least hope that the victims of such abuse may get their due and if we cannot contribute directly in reducing their suffering at least we can contribute towards this fund so that our brothers and sisters can lead a life of dignity and can proudly call themselves a part of this society. And the first step towards the achievement of this goal is the change in the mindset of the people as the saying goes ‘Beauty lies in the eyes of the beholder‘.