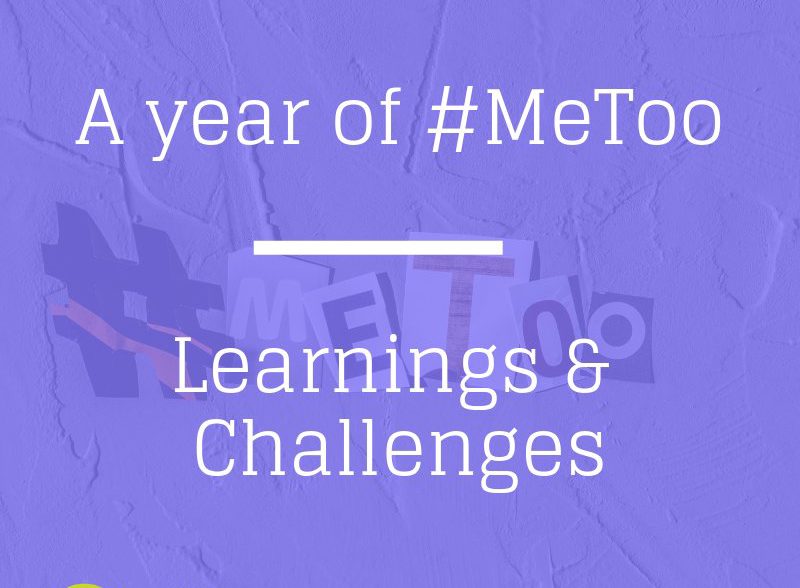 On Friday 14th Dec, Point of View Mumbai @povmumbai conducted a tweetchat on the learnings and challenges from the #MeToo movement, both in India and the world, during the year 2018. @agentsofishq, @inbreakthrough, @feminisminindia, @TheYPFoundation, @Kahaaniwale & @Hidden_Pockets joined the chat to share their thoughts.

The chat began by discussing how we can get #MeToo to be a movement that works intersectionally. It also took in the audience’s opinions on what the ideal response of boys and men in and around #MeToo should be. POV also asked the participants how one should react if someone close to them was named during the #MeToo movement. The issue of ‘complicity’ was also deliberated upon, what it means, how it affects us and who needs to ‘take the fall’ when a situation arises. With the aim of increasing inclusion and considering conventional societal norms, POV also questioned the audience for ways through which male victims/survivors can be supported. POV touched upon the issue of consent and its lack of representation in the entertainment industry’s portrayal of romance. Finally, bringing the chat to an end, POV also discussed the after-effects of the #MeToo movement and whether it was fair to completely discredit a person’s professional work when called out as a predator.

A tweetchat by Point of View!