Safecity is participating in the 16 Days of Activism Campaign taking place from 25th November to 10th December, 2015 by facilitating various activities aimed at raising awareness about sexual violence in general and sexual violence in public spaces in particular. This training workshop was conducted as a part of the ‘Safecity: 16 Days of Activism against Gender Based Violence’ Campaign.

Continuing our work with Sneha, a Mumbai based NGO, we conducted a day long workshop with their youth group in Dharavi on awareness of sexual violence, mapping and survey on November 29, 2015 from 11.30 am to 5.30 pm. The training was attended by 24 participants, 9 of whom were girls and 15 were boys.

We began with a round of introductions, and a question about an activity they like doing outside. Responses varied from playing sports to hanging out with their girlfriend. The discussion then moved to how we feel about spaces, especially public spaces at which point we began an exercise on what makes you feel safe, unsafe and what precautions do you take to be safe. In all the answers, the feeling of being safe came from trusted people, whereas feelings of unsafety was associated more with spaces- such as dark, secluded areas or overcrowded areas. There was not much difference seen in the experiences across gender, both boys and girls felt unsafe in many areas. We started digging deeper into our thoughts on sexual violence and sexual harassment. Our discussion included issues of mobility, restrictions put on us, victim blaming, experiences of child sexual abuse and sexual violence, what constitutes sexual harassment, consent, domestic violence, marital rape and so on. It was a very open and honest discussion, and many participants shared their very personal experiences.

After lunch, we spoke about solutions to making a space safer and the importance of gathering information in taking the first step to bringing about a change. We introduced the method of mapping an area in terms of what is safe and what is unsafe. We then divided the group into 5 smaller groups and asked them to think of areas they considered unsafe and would want to map out. Once that was decided the groups went off in different directions, mapping various lanes, shops, toilets and other landmarks, and came back with great enthusiasm to make the maps on colorful chart papers. 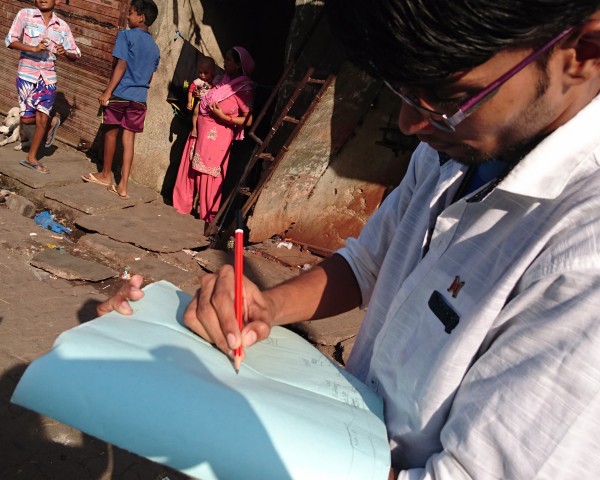 Through the maps, we see how many areas were considered safe and unsafe for many reasons. Safe spaces generally were areas that people frequented, or areas near places of worship and police stations. Unsafe spaces were much more in number and included spaces around toilets, dark areas, secluded areas and areas where crime had happened before. An example of this is a lane where children are often drugged and kidnapped, or an area where an incident of rape took place. 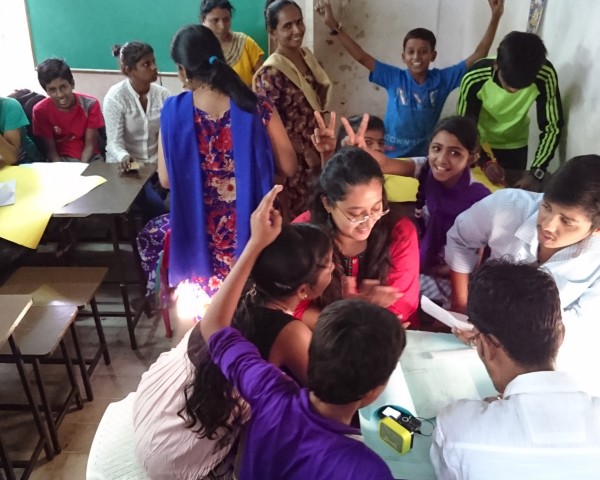 The next step in this campaign would be for the group to conduct a survey in their area. Sneha already had a survey form prepared, based on perceptions of people regarding sexual harassment such as who does it generally happen to?, who commits these violations? Why do you think these happen? and so on.

Overall the workshop was a fantastic experience with a brilliant youth group and we look forward to working with them soon.

Check out the Photos from the Mapping Exercise: 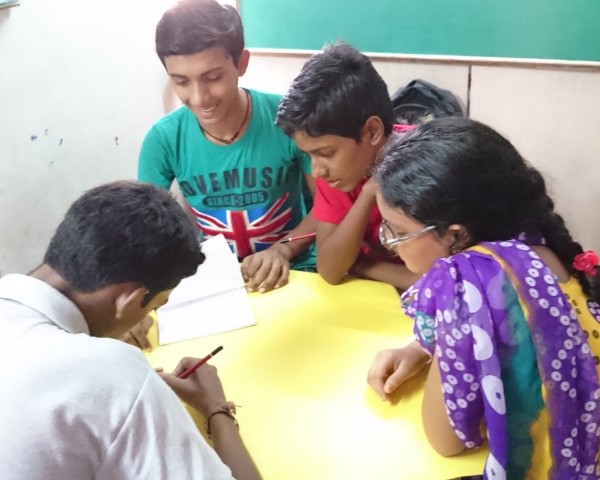 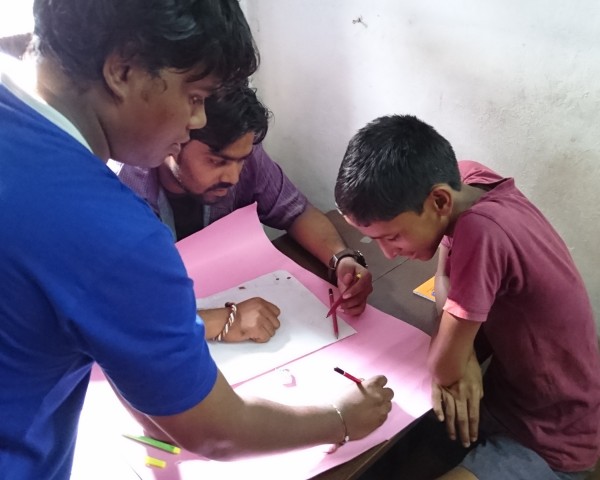 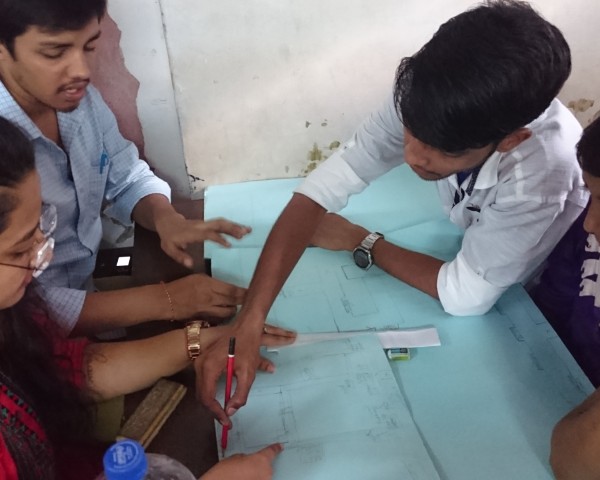 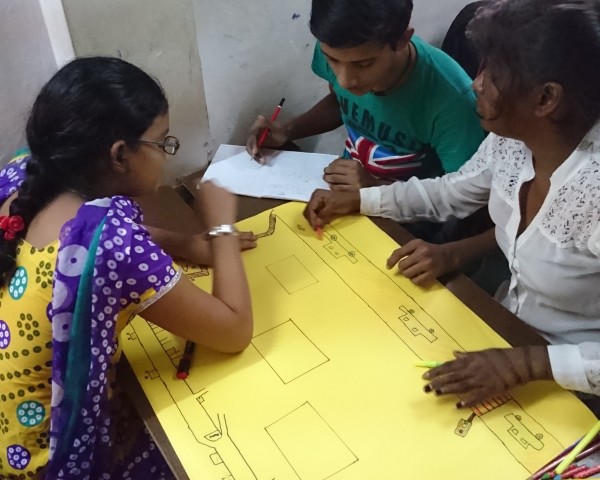 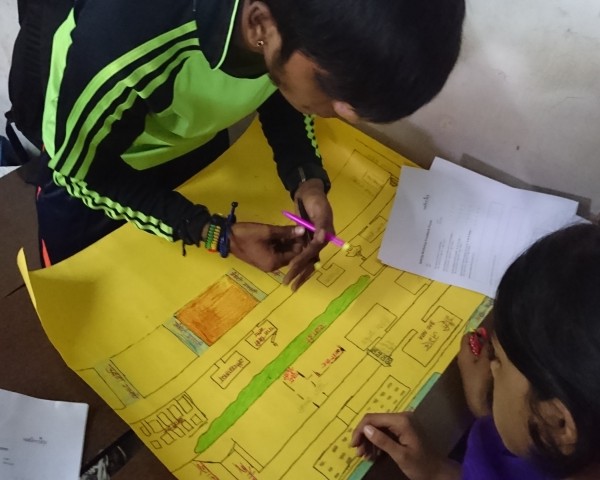