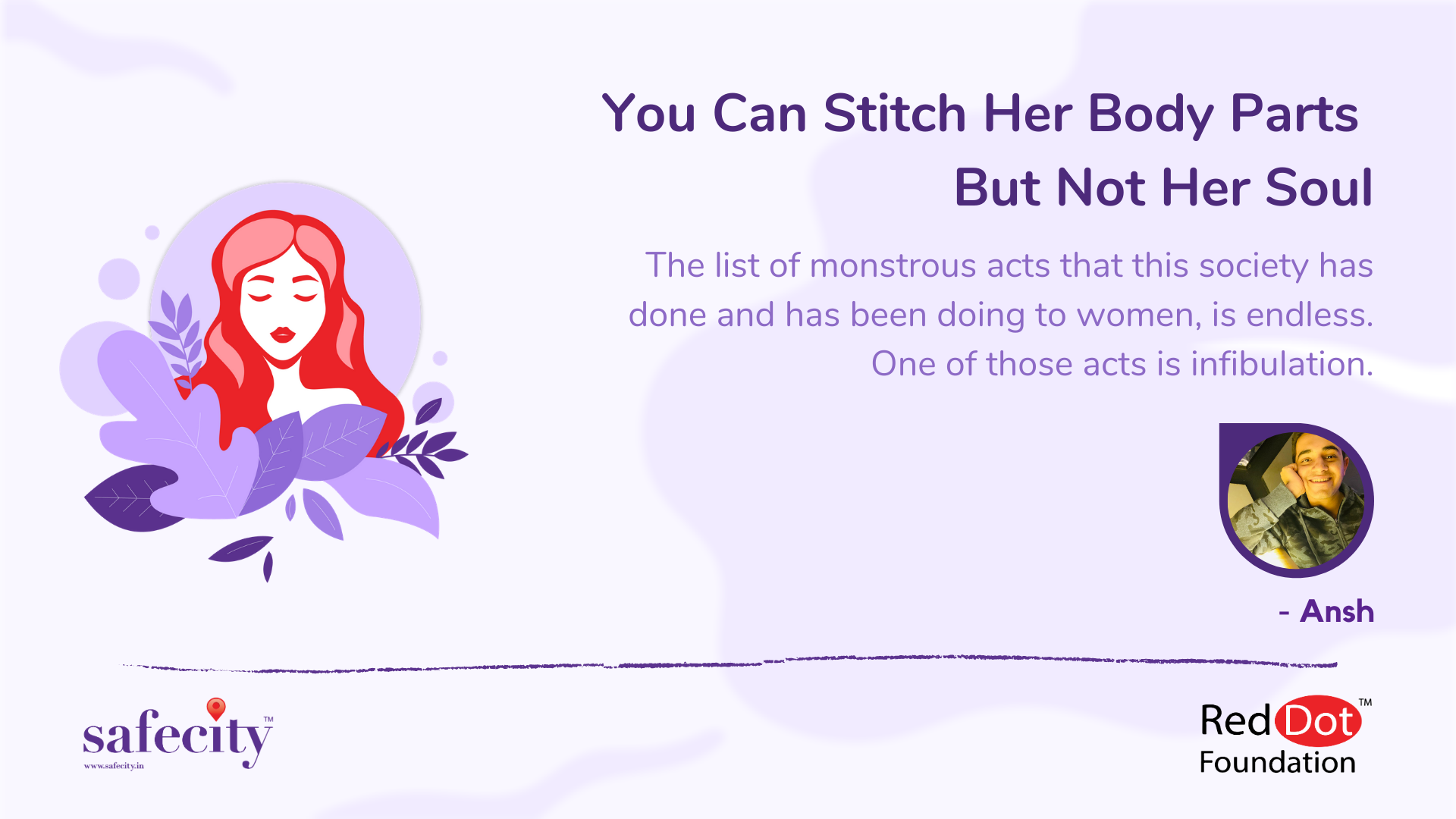 Ansh Rastogi is a student at PGDAV College, DU, a tech savvy and a UPSC aspirant, all in that order. He is a blogging intern at Safecity.

Our patriarchal society has always been establishing power over women in all aspects possible. The list of monstrous acts that this society has done and has been doing to women, is endless. One of those acts is infibulation or FGM which constitues of genital mutilation. It is categorized into three types, Type I, II, III and consists of sewing or damaging of the genitalia of the female body. The reason is very inhumane i.e. to prevent them from having sexual intercourse or masturbation or any other sexual activity before marriage. It is still practiced in many African countries like Eritrea, Sudan, Etiopia, Somalia and Djibouti. Such practices generally remain behind the curtains, away from the media, but recently, a heart breaking picture was circulated on various social media platforms and that made it a topic of discussion that, “to what extent, our minds are blotted with such inhumane acts’’.

Even thinking about such acts is soul-threatening for us, and it isn’t even possible for us to think about the pain suffered by those victims who undergo this act. FGM is still in practice and victims are married at an age when they were supposed to be playing in their backyards. The barriers we created amongst ourselves, like religion, caste, and race gave birth to various monstrous beliefs and such heinous acts were declared as a part of religious traditions. Women are the only ones to suffer from this generational orthodoxical poison. In some areas of Africa, this practice is considered as the first condition for marriage, as the man will not marry an uncircumcised woman for it is considered as the proof of her virginity. This isn’t right for no individual must ever be questioned about their sexual life. It is always the women who are restricted and never the men. These rules are made by those people who say that rape is always the fault of women and never the men. The day when we start questioning even the men, the day we get rid of these blotted ideas, that is the day when our society will become a better place for women to live.