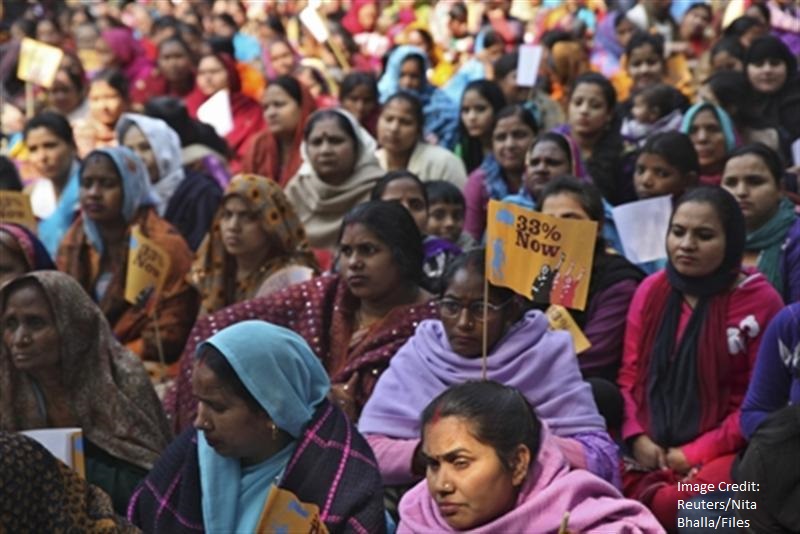 Women and Political Participation in India

India has been a democratic country since since 1947, the first elections of this democratic country being held from 25th October 1951 to 21st February 1952. However, since its inception until now India has had only one female prime minister and one female president. Out of 31 states, 18 states in India have never had a female chief minister. There are only 66 women members in Lok Sabha, which is barely a 12.15% of the total house strength. In case of Rajya Sabha, there are 33 women members, constituting a total of 12.7% of total house strength. As per the statistics of the last general elections held in 2014, only 66% of females in India participated in voting. Hence, India stands at the 20th position from the bottom when ranked for the political participation of women.

Political participation includes not only having the right to vote, but also includes having political consciousness, decision-making abilities and contesting for elections. The Government of India has taken various measures such as reservation for women in Parliament, financing women leaders, etc. However, these measures are not enough to combat the history of inequalities between the genders. Women in India face many challenges when it comes to political participation. The major challenges are sexual abuse and discrimination. Even after having reservation, Dalit women are forced to stand out from elections by threats of violence. Standing for elections is a long road for these women, as they are not even allowed to have their fundamental right to vote. The second major challenge is illiteracy. Most women in India are unaware about their rights and laws. They are aware about the problems of an economy at a micro level, which adds to their resourcefulness and skills, but having little knowledge about the macro level problems of the economy keeps women at a disadvantage. This results in other people making their decisions for them and thus even though women vote, their decision is widely dominated by the male population.

The government needs to take up measures to overcome these challenges. The first step could be engaging in more effective ways to improve overall literacy among women. Special campaigns and workshops can be conducted in rural areas that create awareness among rural women with respect to their rights, current economic conditions, solutions, etc. Political parties can campaign in these areas and explain their policies and benefits in colloquial language so that women can make an informed voting decision, without any influence. They should encourage women to come forward and speak about the societal issues, the issues they face on a daily basis and get their opinions on possible ways to resolve those issues. Women from lower castes should be encouraged to not only come forward to vote, but also stand in local elections.

India cannot be politically empowered until it has a 50-50 representation of both the genders in both the houses. Mere minimum reservation, and wide campaigning will not solve the problem. We need to change our ideology about women leadership. People should not be just satisfied with a first women minister, it’s high time we start asking for more and celebrate equal parliament representation of men and women.

Safecity is conducting a survey on Women and their Vote. This is ahead of the General Elections in India to understand how women are engaged in the electoral process. This shall help to determine our agency as a constituency as well as our contribution in the General Elections.