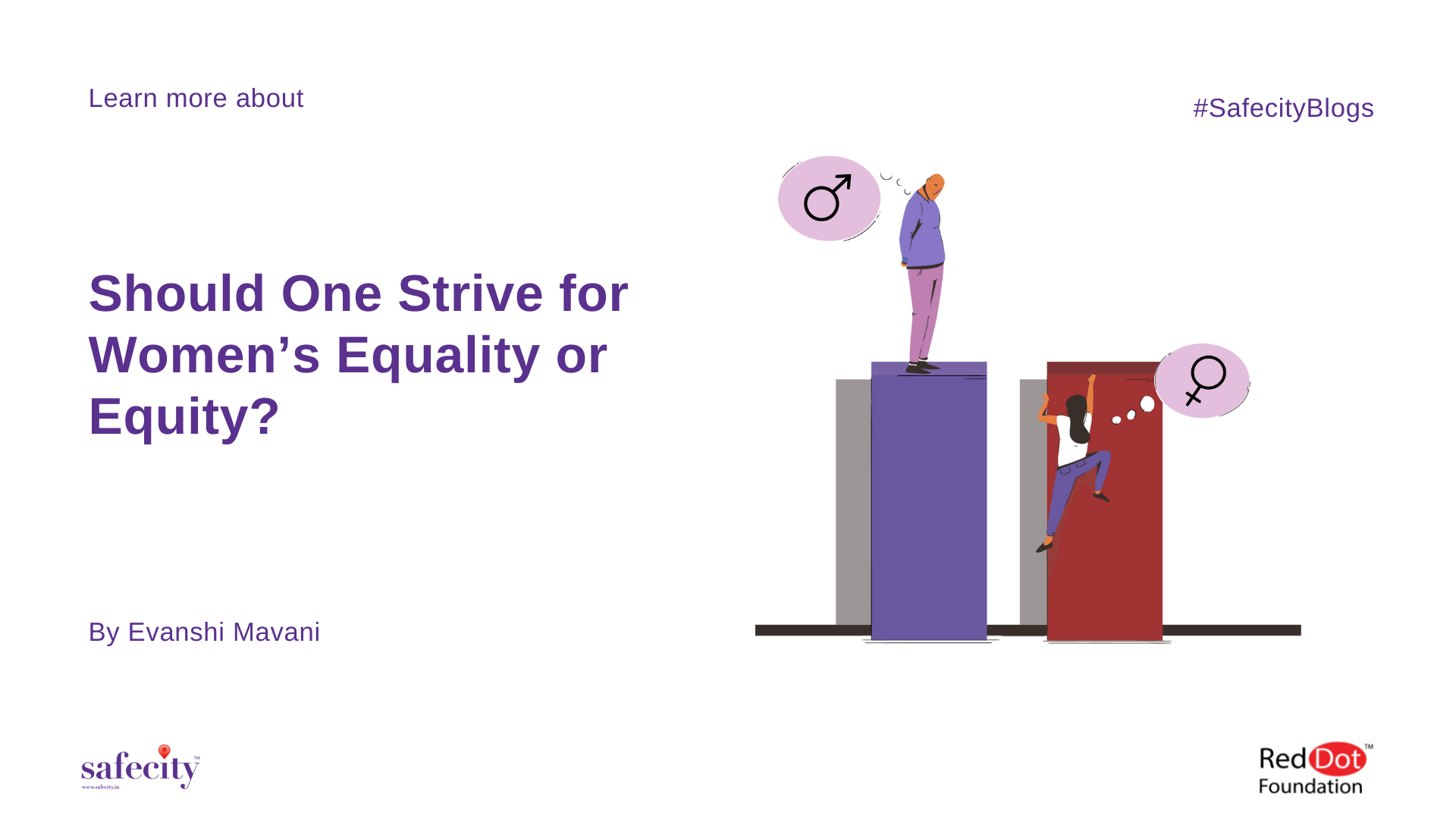 There’s a viral image circulating on social media that displays two people in two distinct circumstances. In the first, both individuals are given an equal-sized box to assist them in seeing over the wall. However, because of his superior height, only person A is able to succeed. In the second scenario, both persons are handed boxes of varying sizes. Person A is given a smaller but adequate box to assist him in peering over the wall, whilst Person B is given a larger box to enjoy the same benefit.

The first scenario can be called equality, while the second one is termed equity.

However, there is an essential difference to be made: gender equality and gender equity are two phrases that are related but have different meanings. While the terms sound similar, their definitions and implementations are not the same.

Simply put, gender equality refers to equal outcomes for women, men, and individuals of all genders, whereas gender equity refers to the process of achieving gender equality. The former acknowledges that, due to historical and societal obstacles, women and gender-diverse individuals are not in the same starting position as men. As a result, treating men and women equally may not be fair and might lead to additional disadvantages. Gender equity is required to establish equality and level the playing field.

“Gender equality, equality between men and women…does not mean that women and men have to become the same, but that their rights, responsibilities, and opportunities will not depend on whether they were born male or female. Gender equity means fairness of treatment for men and women according to their respective needs. This may include equal treatment or treatment that is different but which is considered equivalent in terms of rights, benefits, obligations, and opportunities.”

In the context of gender inequality, it is generally women who are disadvantaged or wholly excluded from decision-making and access to economic and social resources. In fact, the World Economic Forum estimates that worldwide gender equality will take 170 years to achieve.

Currently, men are promoted at 30% higher rates than women during their early career stages, while 90% of women leave the workforce because of other workplace problems. Women are paid significantly less than their male colleagues for the same workload, and just over 50% of firms don’t have any female executives.

If you just have one female candidate in your pool, there’s a statistically low probability she’ll obtain the job. Men are employed more than women with just over 32 per cent of women participating in the workforce as of 2021, as per the India Skills Report. Thus, women’s empowerment, with an emphasis on identifying and remedying power disparities, and allowing them more liberty to control their own lives, is a vital part of advancing gender equality.

The objective of pursuing equality is to have a level playing field. However, this only works if everyone begins at the same place. We must treat men and women differently since they face various obstacles in achieving the same goals in different regions of the world.

And how will we achieve that? Of course, the answer to that is equity.

Equity sets the stage for equality, as it refers to the “fairness of treatment for both women and men, according to their respective needs.” And if equality is the end goal, equity is the means to get there.

To help you get a clearer idea, let’s take a look at the following situations:

While both boys and girls are legally mandated and allowed to go to school, the latter’s attendance rate is much lower, i.e., 918 to 1000. This is the result of societal and cultural practices that discourage or do not place importance on a girl’s education. Hence, in order to encourage girls to go to school, special assistance such as safe transportation, financial aid, extra tutoring, etc., should be provided.

Another example is that while no law forbids women from starting their own businesses, the ratio of women to men-owned companies is 20:80, which is dreadfully low. Thus, in order to overcome the societal norms discouraging women entrepreneurs, a specialized loan program can be set up. Many banks and financial companies in India offer small business loans to women to help them run or expand their small businesses. The interest rates for these loans range between 8.75% and 9.00% while the repayment tenure can go up to 10 years. Women can avail a maximum of Rs. 1 crore as loans to fund their small businesses.

In these cases, equality would not only overlook the disparities in the barriers that women and girls experience, but it would also encourage privilege and obstruct acceptable social problem-solving. Equity is critical because our objective is not to erase gender and have men and women end up in the same position but to ensure that the most oppressed group has equal access to the same achievements and resources. Relying only on practices of “equality” does not bring justice, and we must be more intentional, more critical, and more invested.

1 comment on “Should One Strive for Women’s Equality or Equity?”

nice article it should be equal