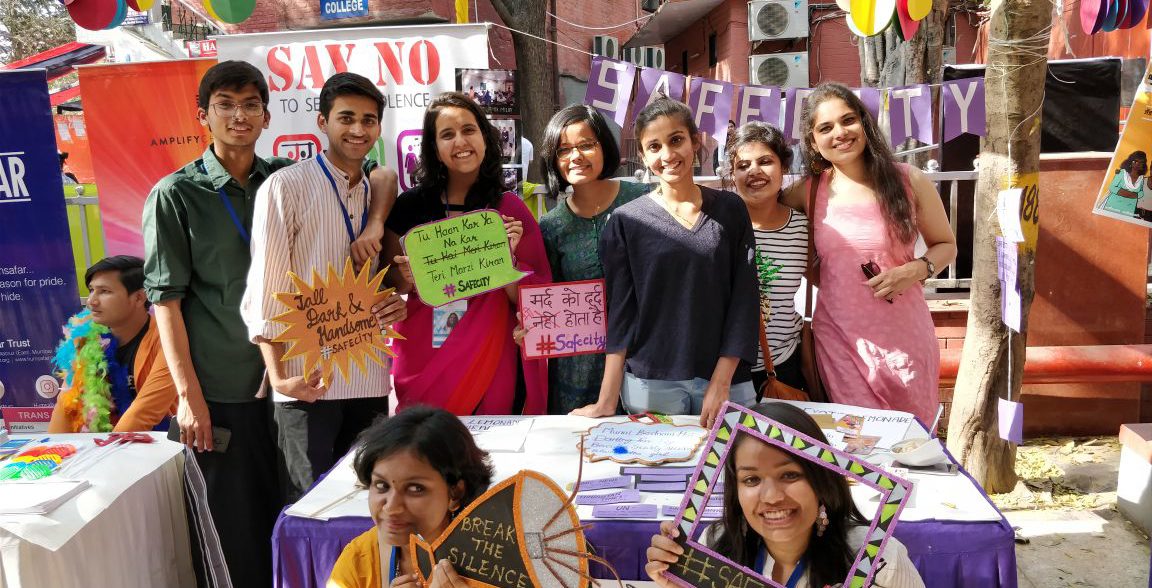 Safecity team had put up its stall at the Hansraj Women’s Development festival: Noor on 13th March, 18. The stall was set up by 11:00 AM and saw a throng of curious people up until 4:00 PM when the stall was wrapped up.

There were two activities designed for the people visiting the stall. First one was ‘Boojho toh Jaane’ in which people had to participate in a draw of chits, each with some interesting question. They were then supposed to tell their views about the same and got Safecity brochures, postcard, and bookmarks for participating. The second activity was a photo booth, where people could get clicked with fun, feminist props. 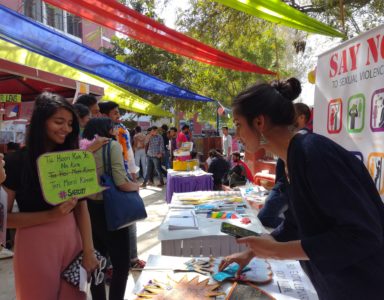 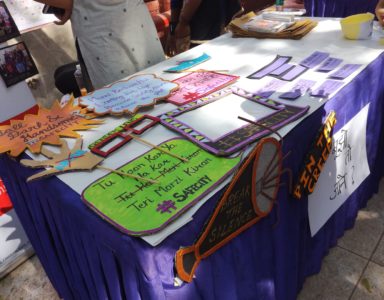 A social experiment was also conducted about people’s awareness about the gender-based wage gap. Under the experiment, two volunteers, one male and one female sold the same lemonade for different prices. Our objective of the experiment was to observe the reactions and observations (if any) of the customers about the different amount charged for the same work done. Many people did notice the difference though they could not pin point the reason out. 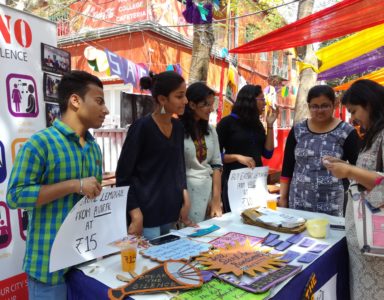 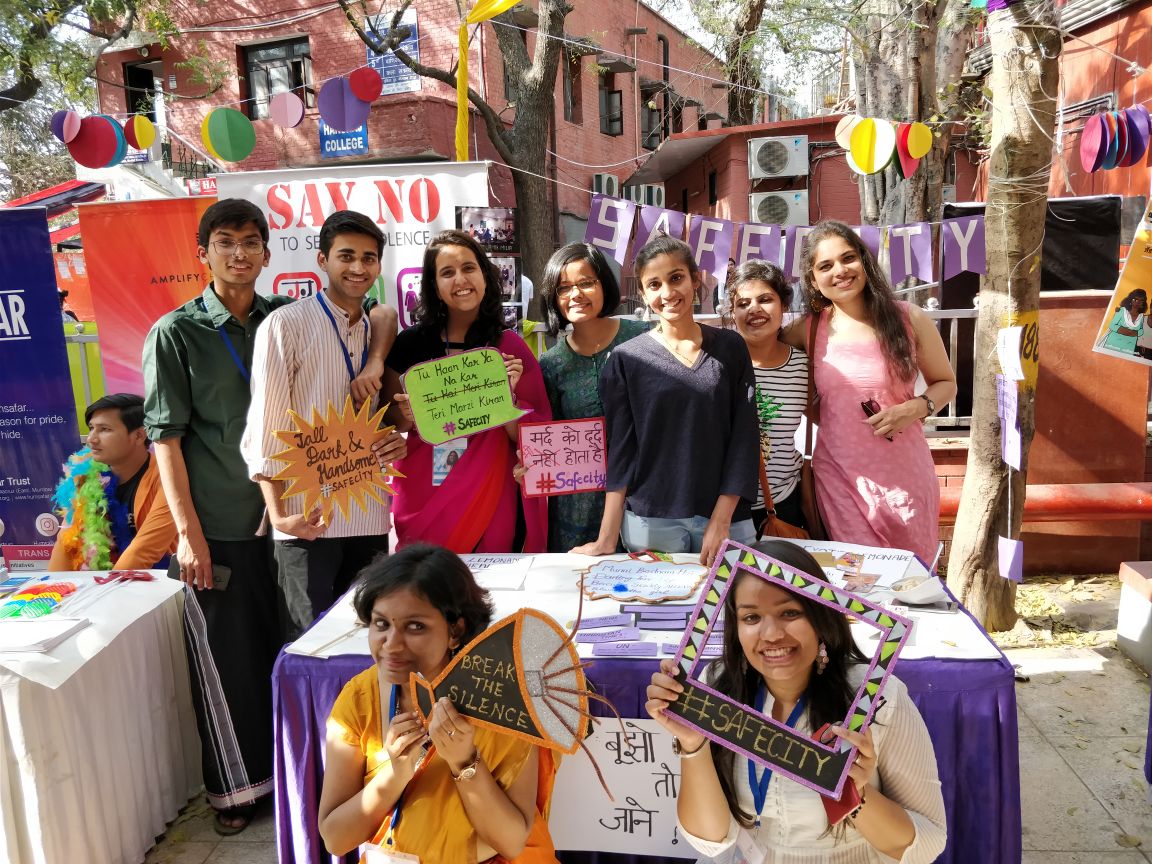 Observations from the social experiment.

A social experiment was conducted by Safecity at their stall at LP area, Hans Raj College. The aim of the experiment was to illustrate the gender pay gap. The experiment targeted about 90-100 college students who visited the stall. The experiment was conducted in a way that a boy and a girl sold lemonade. For the same quantity and quality of the lemonade sold, the girl was paid Rs. 10 and the boy was paid Rs. 15. Out of the people who visited the stall, 45 people were not interested to know the difference in the two prices or didn’t notice the same. 55 people did notice the difference in the price and questioned about the same. 33 of those 55 guessed it right and commented on the problem of wage disparity. They agreed that the majority of the companies pay higher wage rates to men than to women for doing the same job. They pointed out that women are underpaid and the pay of labour is more for men than women. Other 22 people made different remarks such as the less job opportunities offered to women. They mentioned that women usually don’t get what they deserve. Some also pointed out that the price difference was to encourage the people visiting there to buy from the girl and to empower her. One of them found selling the same lemonade for a lower price because she’s a girl as absolutely ridiculous. We concluded that not many of the people could understand what we wanted to depict through our experiment and could give their views about gender pay gap only after we told them about our experiment. Although some did feel that this wage disparity reflect the gender discrimination and discussed the same with their friends but some of them didn’t bother to ask about the different prices and were quite disinterested to know about the same.

It was a great experience for the Safecity team and we are looking forward to conducting several other social experiments!