Safecity Activities, Safecity Partnerships
Comments are off for this post

Safecity along with Polycom Development Project based in Kibera, Kenya and Social Empowerment by Empowering Women (SEE-W) based in Kathmandu, Nepal are crowd-mapping sexual violence in public spaces of Kibera and Kathmandu, respectively. This project is made possible as a result of the grant received from Vital Voices; the founders of all three organizations, Elsa D’Silva (Safecity), Jane Anyango(Polycom) and Samjhana Phuyal Pudasaini (SEE-W) are Vital Voices Fellows who have come together to work on an important issue.

The Safecity team, as a Knowledge partner, worked closely with the Polycom and SEE-W team by conducting trainings and workshops for their teams on campaigning, community organizing and the crowd-mapping technology to influence social and systemic changes for safer spaces.

The training for Polycom Development Project team was conducted in mid – September in Nairobi, Kenya.

The training for the SEE-W team was conducted in the end of September and first week of October in Kathmandu, Nepal.

The training had two levels. In the first level, the teams of Polycom and SEE-W were engaged in team building activities, establishing campaign objectives, developing an understanding of sexual violence in public spaces, the crowd-mapping technology used by Safecity which these teams will be using to document cases of sexual violence in public spaces, why is it important to report these cases and finally, brainstorming interventions that the team could do during the course of the campaign. 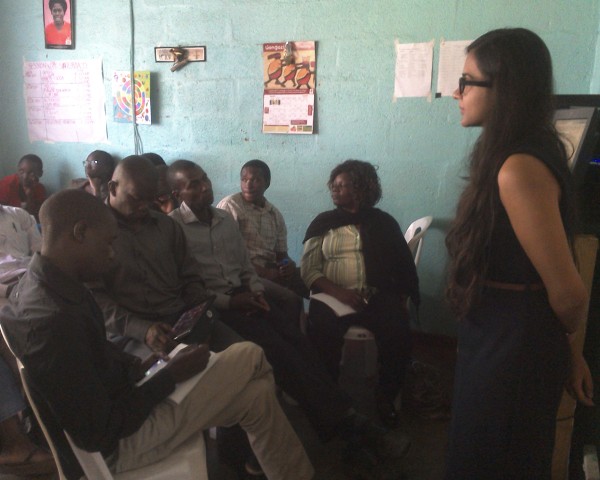 The second level was dedicated to creating a road-map to the campaigns which both Polycom and SEE-W will be undertaking in Nepal and Kenya respectively. This training level’s highlights were, designing the campaign objectives; identifying target groups we will be working with, identifying delivery methods and stakeholders to strengthen the campaign’s base and outreach, designing campaign activities and mapping roles of each individual working on the campaign.  Some time was also spent on discussing resources required for the campaign, timelines and challenges in running a campaign to be able to realistically design the campaign keeping in mind our existing capacity. 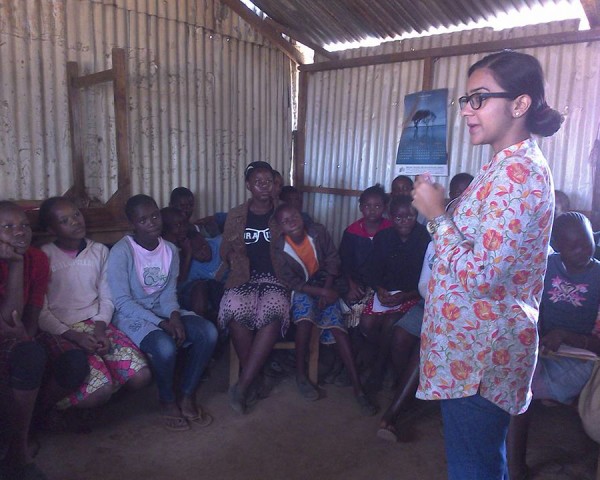 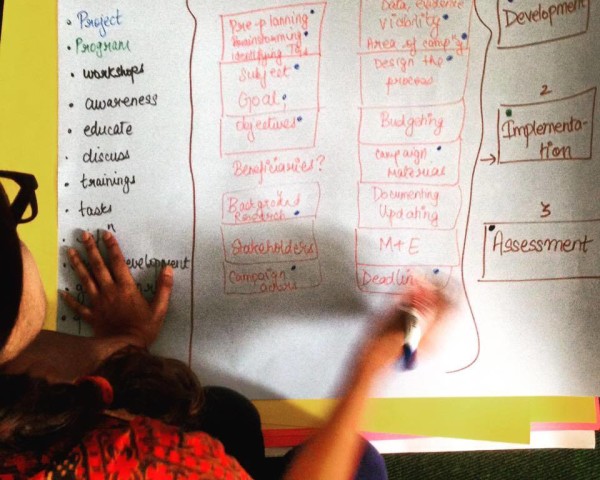 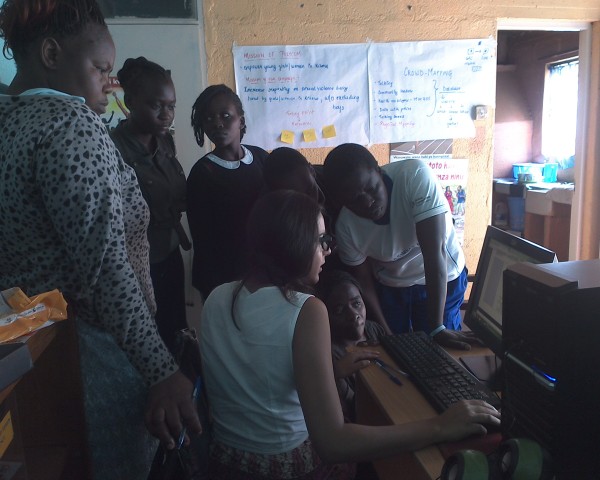 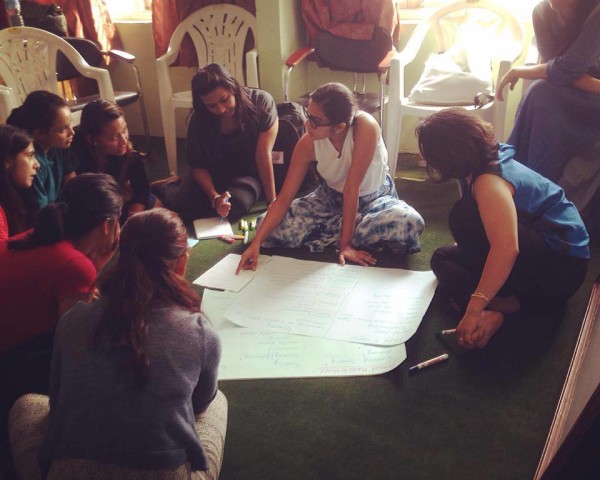 An additional workshop on ‘making films with smart phones’ was conducted by Supreet of Safecity with the SEE-W team. This was done to encompass and make inclusive all channels of reporting/testaments and narrative story captures.

The workshop included basics of framing/light/content/scripting/interview ways & methods etc. The 8 volunteers along with the founder of SEE-W, Samjhana Phuyal made two videos each, one where they captured narratives of sexual harassment of the team member and the second where they explained what they learnt from the workshop. 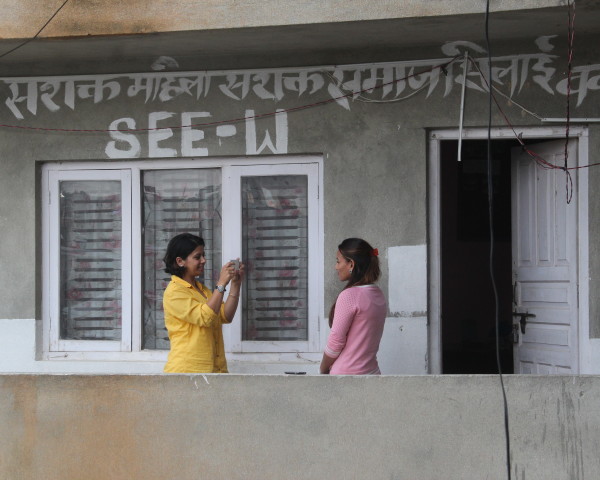 The videos were beautifully framed and apart from a few glitches of practically performance, the workshop was quite entertaining and productive.

These Training Programs with Polycom and SEE-W were an incredible experience of taking forward the power of crowd-mapping sexual violence in public spaces and the change it can influence within communities and systems. 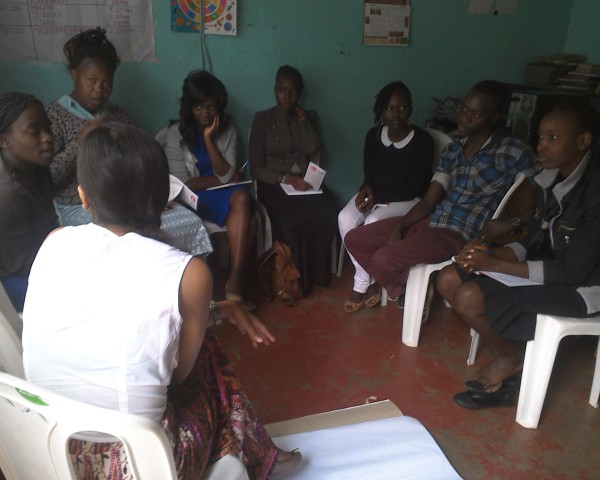 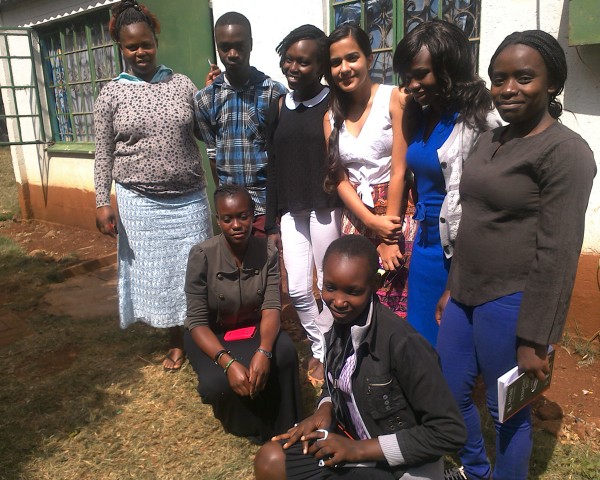 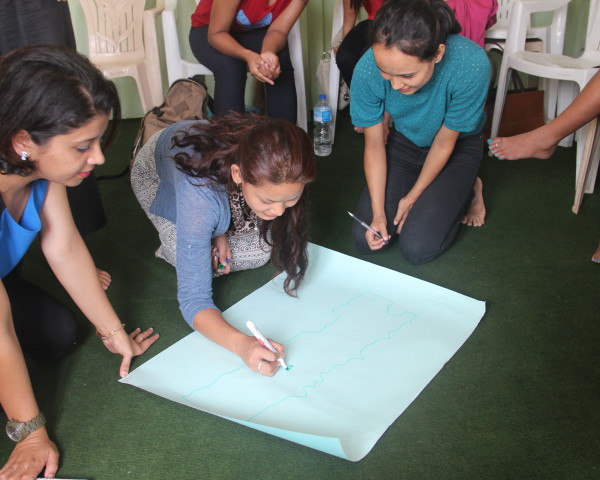 We are poud to associate with SAfecity.