Shaliya comes from a traditional household, that’s how she likes to describe it. She takes care of her younger siblings, helps with the chores, and takes care of preparations for meals. She has greater responsibilities over the weekend.

Shaliya got associated with the Safecity campaign in the very first month of its launch in Sanjay Camp. She was vocal, opinionated and actively shared her experiences and stories.  Shaliya, always one of the first ones to volunteer on the campaign activities, helped us reach out to more girls in her neighborhood, got more stories to us, and took us through her experience of living in Sanjay Camp.

Shaliya was completely taken aback when we spoke of gender roles and identities. She wondered for days whether she could focus more on her studies if her brothers helped around in the house too. She wondered whether she would enjoy going to school more if boys did not block her way. She wondered whether equal access to job opportunities for girls would encourage her to study further. So, as she wondered and sought answers at our workshops and sessions, she also adapted most of her learnings to see if she could influence change starting in her home first, and that’s where she did.

Shaliya, along with our campaign volunteers, participated in painting two walls in Sanjay Camp which went on to have a much-talked-about impact in the neighborhood. She was a speaker at her stakeholder’s meeting in Sanjay Camp and was one of the most active youth members at the Gender Mela. It’s almost been a year and Shaliya remains committed to making our public spaces safer for she has seen how the very lack of access to these spaces limits our lives, violates our rights and makes us sign up for way lesser than we deserve.

“I want to work until the time sexual harassment is not a reality, it’s not an acceptance, and it’s not something that we have to succumb to. I won’t let it win or get to us. Working with Safecity allowed me to see things very differently, it gave me strength to work towards the change I often dreamt of, and it gave me the means to actually come forward and truly make spaces safer. I’ve seen the change in my neighborhood, my family and my friends and I am glad we don’t want to stop now.” 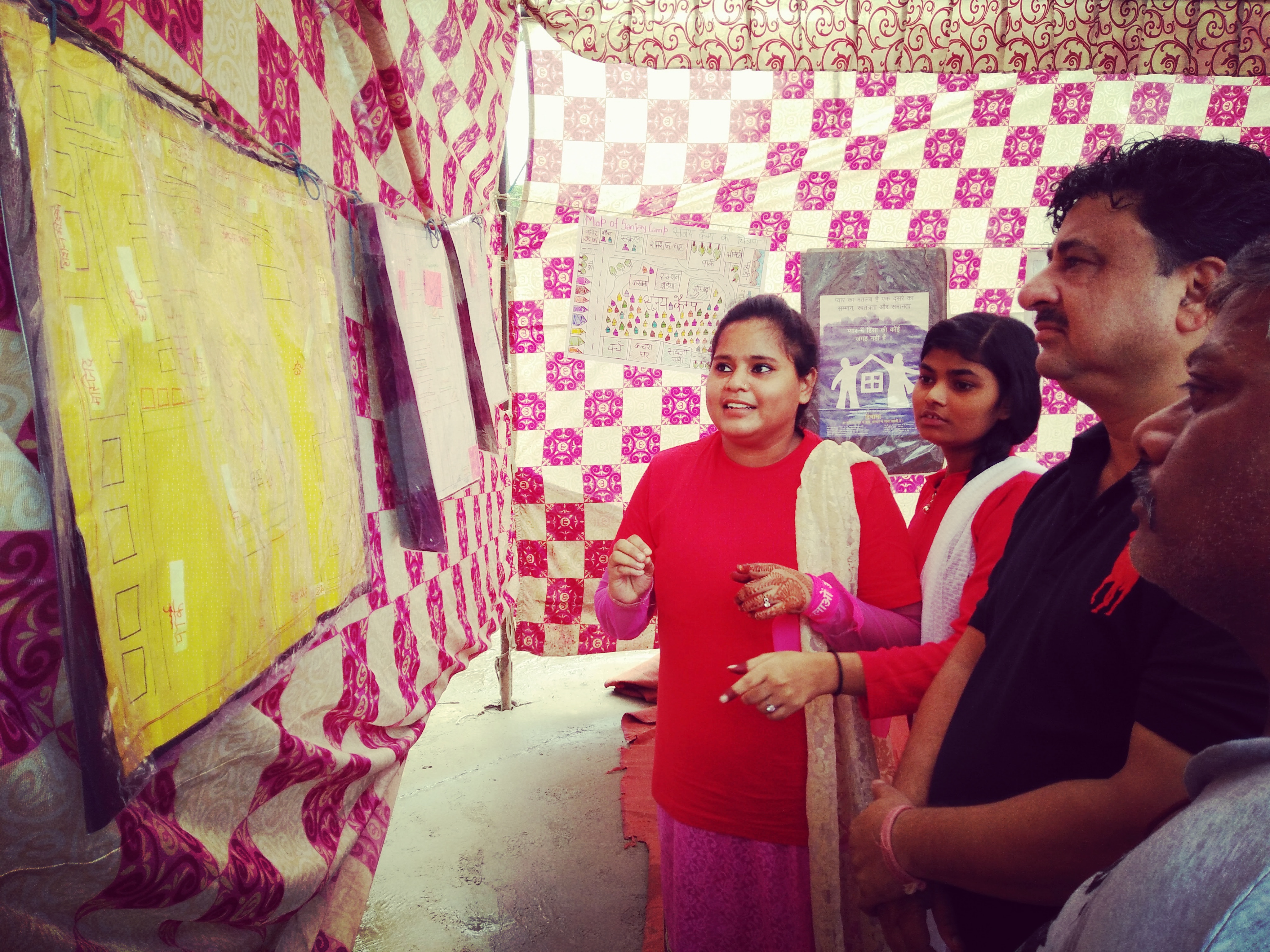 Seen here – Shaliya explaining the mapping exercise to the councillor of Sanjay Camp that we conducted to understand safe and unsafe spaces in a neighborhood. The conversations and experiences that emerged pave way for the designing of interventions for safer spaces. Shaliya organized and managed the Safecity stall at the Gender Mela in Sanjay Camp.