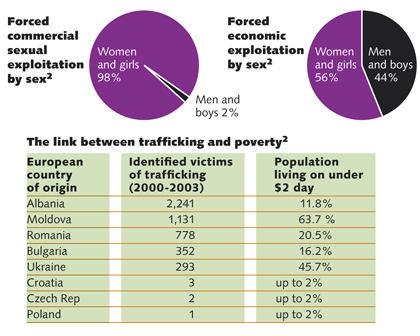 Statistics show that poverty increases people’s vulnerabilities to sexual exploitation in the workplace, schools, and in prostitution, sex trafficking, and the drug trade and that people with the lowest socioeconomic status are at greater risk for violence. People who commit sexual violence often target individuals who seem vulnerable due to poverty, gender, age, race, disability, sexual orientation, or immigration status. Poverty is among the root causes of sexual violence and often has a daily presence in a victim’s life.  However, focus on sexual violence against some of our most privileged young people has distracted us from the victimization of those enjoying less social and economic advantage.

Callie Marie Rennison, a criminology professor at University of Colorado, Denver, and Lynn Addington, a professor in the same field at American University, published “Violence Against College Women” earlier this year, a study that relies on statistics from the Bureau of Justice’s National Crime Victimization Survey. Rennison says that her preliminary analysis of the National Crime Victimization Survey Data suggests that various kinds of social inequality, poverty, lack of educational attainment, renting versus owning a home correlates with a higher risk for sexual assault. In fact, she says, the issue isn’t to ignore sexual violence against college women, which she isn’t suggesting doesn’t exist but she also writes that “We also need to do much more to support women in disadvantaged communities.”  In her words, “Those are the same women who have the least flexibility at work, the least access to reliable transportation, the least help with childcare, and the least resources with which to pursue legal representation or medical treatment on their own. We need to do a better job of bringing health, legal and psychological services to them.”

On 10 September 2014, the UN General Assembly decided that the Report of the Open Working Group on Sustainable Development Goals would be the main basis for integrating the SDGs into the post-2015 development agenda. The first of the seventeen proposed SDGs is “End poverty in all its forms everywhere”.  Sustainable development goal 1 calls for an end to poverty in all its manifestations by 2030. It also aims to ensure social protection for the poor and vulnerable, increase access to basic services and support people harmed by climate-related extreme events and other economic, social and environmental shocks and disasters. Expanding social protection programs and targeting appropriate schemes to the poor and most vulnerable can further reduce poverty. Social protection programs include social assistance, such as cash transfers, school feeding and targeted food assistance, as well as social insurance and labor market program, including old-age pensions, disability pensions, unemployment insurance, skills training and wage subsidies, among others. Most poor people remain outside social protection systems, especially in low-income countries.

We have seen many social awareness television programs like Savdhaan India, Crime Patrol; we have seen many episodes where poor women are sexually tortured by elite classes. I have seen an episode where many poor girls are brought from their family after being promised a job and then these young girls are forced into sexual rackets. I think this is proof of the fact that poverty is one of the reasons behind sexual exploitation. People take for granted that these poor people have no other recreation option than having sex and so women are never asked about their willingness. It’s true that marital rape is not recognized by our law system but this does not mean that it is not a kind of sexual exploitations. As said earlier, sexual harassment of some elite people has diverted our attention but it is a fact that poor people are more vulnerable. Their economic conditions force them to work in other houses and make them prey to an exploitative society. People who run sex rackets also target such poor people because no one pays specific attention to them or cares about them. They are ignorant of laws plus they also suffer from administrative, ignorant attitude towards them. I have witnessed a well-educated person telling others that if girl disappears she must have run away from her house with a boy. This attitude has been portrayed and propagated in many movies. Let’s not talk about what other people or researchers are telling; we can observe such attitude ourselves. These poor girls and women are easy target for human trafficking.

No doubt, poverty leads to a vicious circle of problems but insecurity of one’s own pride is one of the worst. Eradication of poverty is necessary and along with that ensuring social protection for the poor and vulnerable is also very necessary.