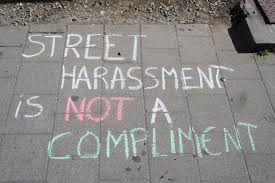 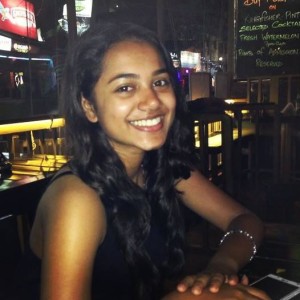 Anoushka Gupta recently graduated from The Shri Ram School, Moulsari. She is a passionate crusader for child’s rights, women’s rights and the environment. Through her writing, she hopes to inspire other young girls to assert their rights and campaign for a better future.

I vividly remember walking the streets of Berlin with my friends at four in the morning. That was about a year ago. I was on an exchange programme. Berlin at night was something! As we strolled through the deserted but well-lit roads, we felt safe. Personally, what I felt can be described as a mixture of euphoria and freedom to do something I had always wanted to do in every city, but had never dared.

Strolling around the city in the night with friends — is that too much to ask?

Back in Gurgaon, where I currently live, it seems like a fantasy. Few roads are illuminated. There are ditches, ongoing construction work in many places, and the worst part — inebriated men after a certain hour. I live in a relatively safer part of the city. But even then, 4 a.m. walks in Gurgaon would be the last thing I would recommend to anyone irrespective of their sex.

Gurgaon, or what is known as “Gurugram” now, is a rather funny place. The city, if we may call it that, is defined by condominiums and shopping complexes. One step out of that walled zone, and you are in dusty, dirty, lawless land.

I live in a condo with beautiful parks, walking trail, a tennis court, a gym, and basic amenities such as a provision store within the complex. Unsurprisingly, many who live here simply do not step outside on foot regularly, since most things are available within. For those of you who do not know, Gurgaon is the hub of many large multinational companies, which explains the big floating population of the city. Many relocate to another part of the country or another country after a few years. While they are here, they like their comforts and sometimes it can mean getting used to living in a bubble, oscillating between home and office with visits to malls.

Where does that leave public spaces, especially safe public spaces? Everyone has turned a blind eye to the reality of the city where we live. They fear stalking, rape, violence. They seek refuge in closed, insulated spaces — the condominiums. Even malls are no longer safe havens. Some years ago, I heard about a case of rape right outside one of the big malls in Gurgaon. Subsequent investigations by various news agencies unravelled a booming sex trade in that area.

The road leading to my condominium has also had reported incidents of chain snatching and groping. It is the easy option to simply overlook this and move on. However, as a young girl conscious of my surroundings and someone who wishes to live her dream of a walk under the starry skies right here in Gurgaon, I strongly feel the need to address the issue of safe public spaces.

First and foremost, we need to fix the street lights. Few streets are well-lit. The road leading up to my building has a maximum of one or two faint yellow lamps over a 500-metre stretch. A girl was once kidnapped from right outside her college in Gurgaon in the middle of the day. Imagine how unsafe one feels at night on a dim-lit street. Another major factor which has contributed to the feeling of insecurity is the near-total absence of the police in Gurgaon. In comparison, though Delhi is dubbed the ‘rape capital’ of India, it still has a considerable police presence. It is another question altogether how effective the police are in preventing crime. In a city where one rarely sees any law enforcement officers, the feeling of being unsafe gets heightened.

Then there is the problem of rash driving. It goes often unchecked because there most of the time there is no one to check errant drivers.

When one talks about safe public places in a city like Gurgaon, one is essentially referring to roads and walking areas. I personally feel unsafe to venture out alone on the streets. Traffic rules and signals are not followed by many in Gurgaon, again due to the near-total absence of police personnel. Thus, even when one thinks it is the correct time to cross the road when the traffic light turns red, one can never be sure for too many people are breaking the rule.

Auto drivers in this city never go by the meter and there are very few buses. Then there is the drip drip of stories of chain-snatching, carjacking, abductions, sexual harassment — you name it.

Unsafe public spaces not only take a psychological toll. They also have an economic cost. Lack of safe public spaces and last-mile connectivity in transport deter many young women from pursuing their careers. Fear forces many women to return home before dark.

To transform Gurgaon into a safe place for all its citizens, I truly believe that the local government needs to step up and take greater initiative.