Safecity has teamed up with the Mumbai University NSS Unit to take the fight against sexual harassment to colleges across the city. In this effort, Safecity has been sanctioned a 10 hour project with 11 colleges for the year 2015-2016. These projects would include workshops, on ground activities and surveys. This street play by our NSS Volunteers from HR College is a part of the ‘Safecity: 16 Days of Activism against Gender Based Violence’ Campaign.

After a successful performance of “Man ka Mail mitao, Samaj surakshit banao” at Marine Lines (Read about it here), the 12 NSS volunteers from HR Colllege performed the play at the Kalina University, Santacruz on December 8, 2015. 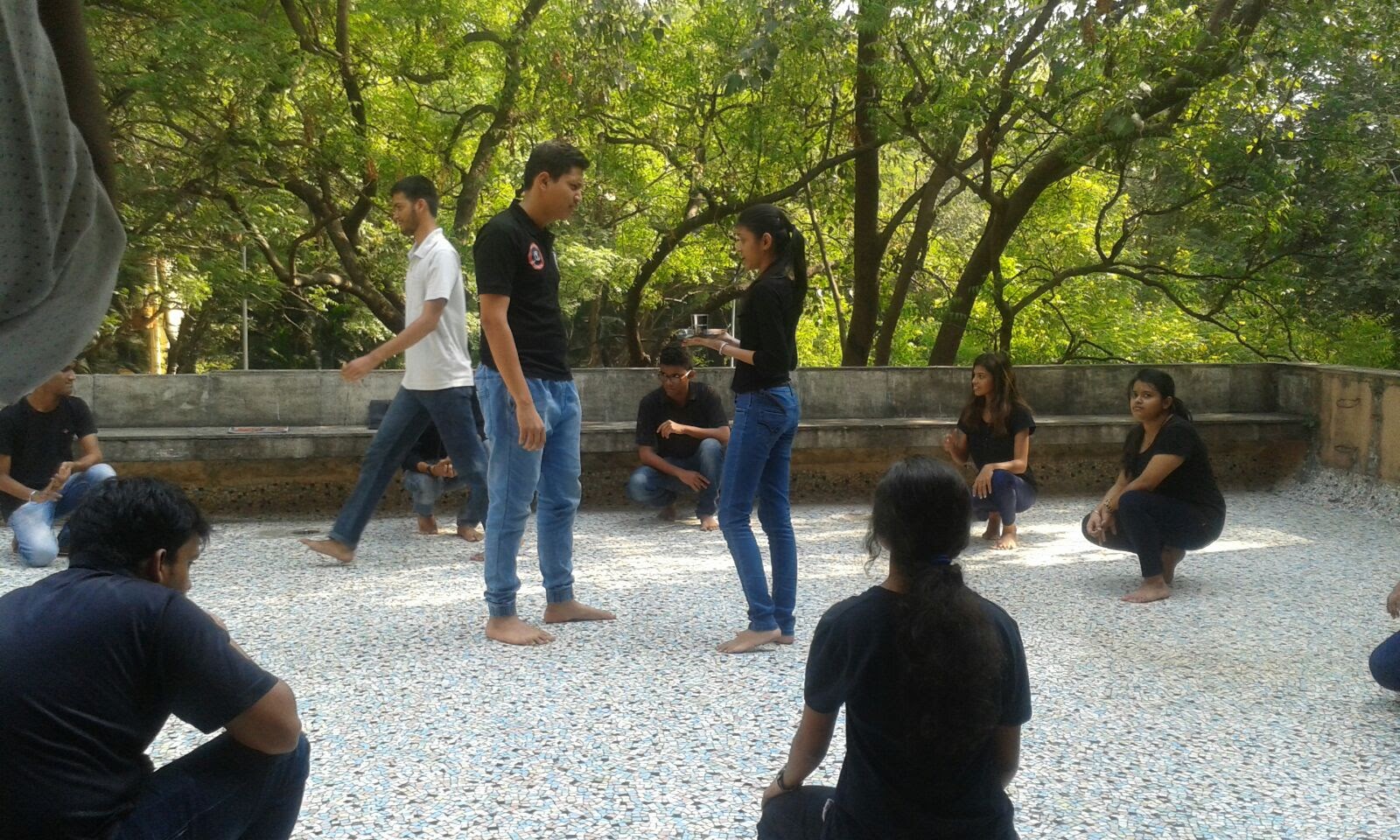 The play which makes an earnest request to the viewers and the audience watching to clean out the dirt from their hearts and make the society safer portrays incidents of gender based violence. Eve teasing, domestic violence, rape and harassment by people in authority were some of the very few that the volunteers depicted during the course of the street play. Each of the scenarios depicted ended with a certain message to the viewers in order to make them realise how it should be as compared to what it is now. 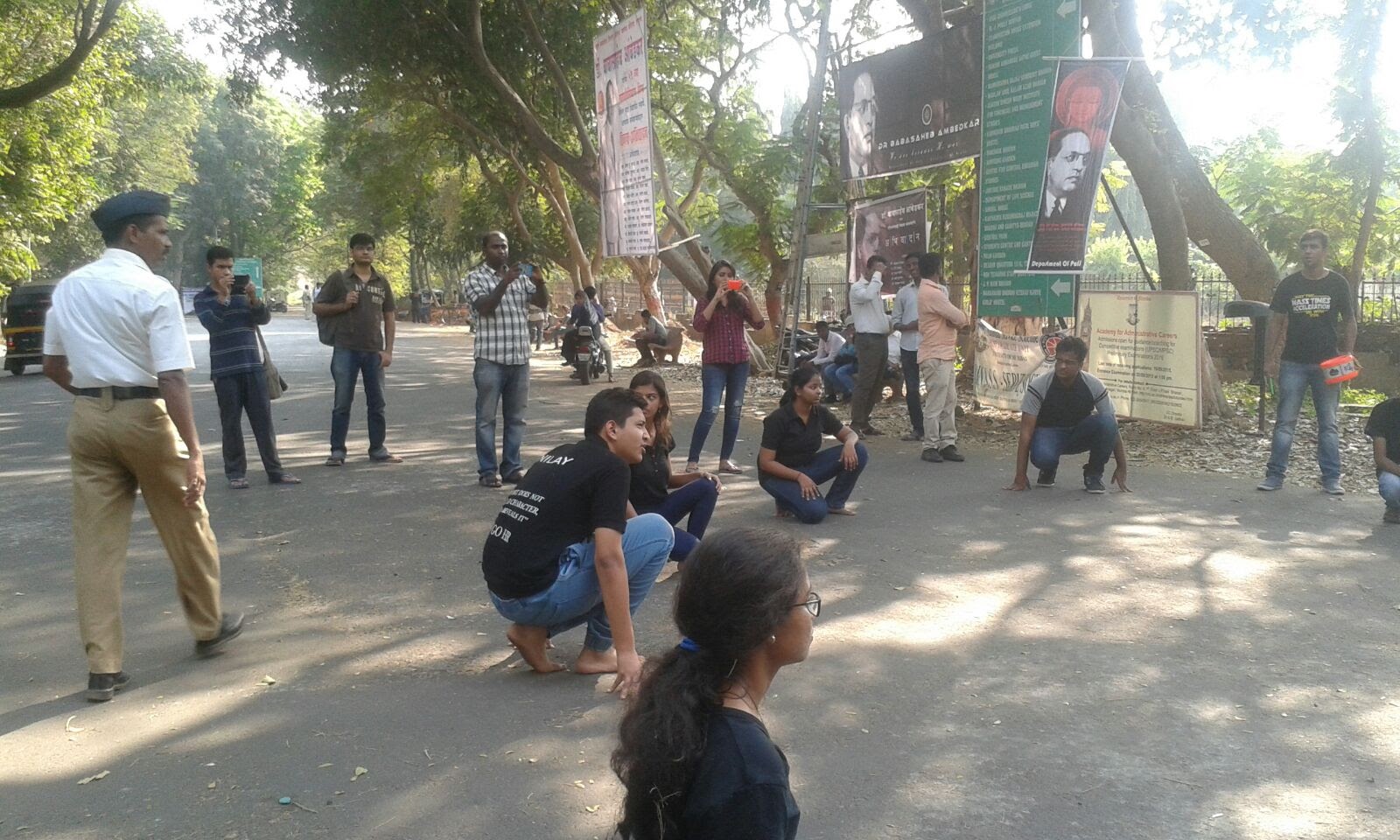 After performing at Marine Lines, the NSS volunteers performed the street play at 2 different locations in the premises of Kalina University with an audience of about 35 people. The audience comprised mainly of students that readily showed their appreciation towards this initiative.  A group of students from Vaze Kelkar College termed it as a ‘powerful visual’ for changing the present situation. During the second performance, 2 students from the Theatre department liked the way the street play was scripted and arranged. 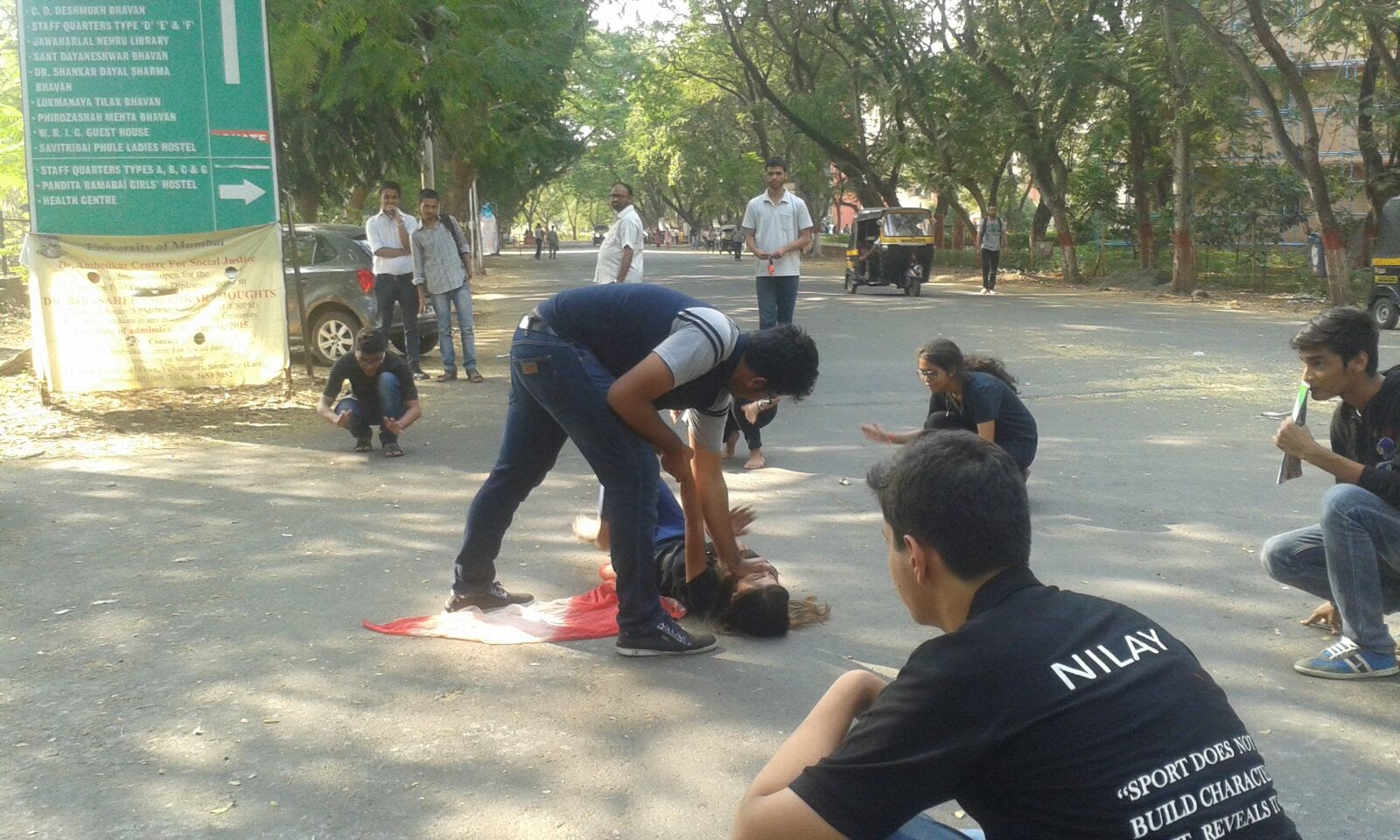 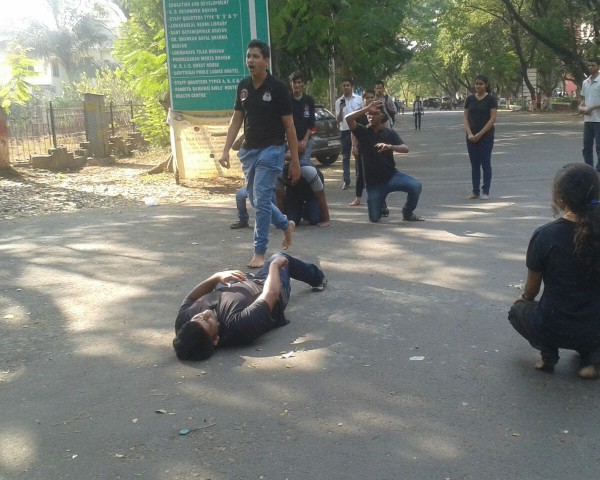 On successful completion, a sense of satisfaction ensued amongst the volunteers on being a part of a unique & important initiative and contributing in their own possible way to the Safecity NSS programme. 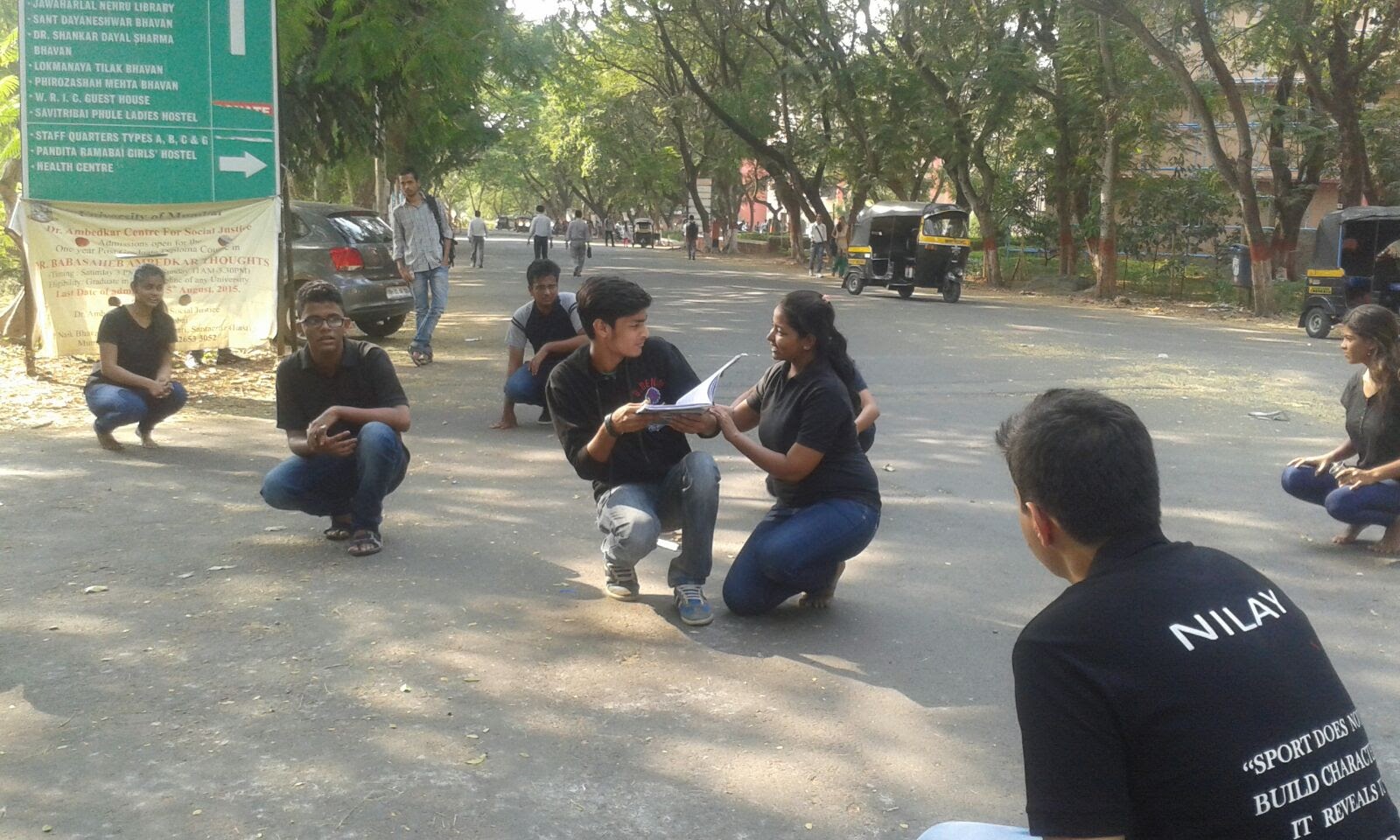