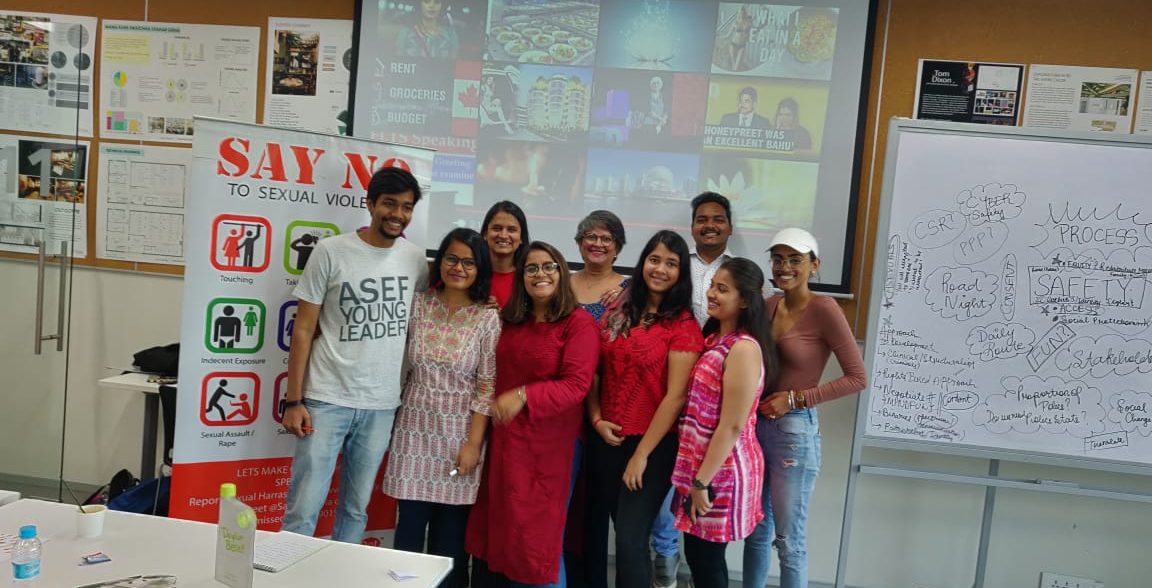 The session on 16th March was a pilot session. The discussion commenced with the sharing of the ‘expectations’ of the participants from the session.

While of the participant shared that he was expecting to discuss about the problems faced by women and brainstorm on solutions for the same, the other participant pitched in her expectation of discussing both about men and women since ‘safety’ is something which concerns both. One of the participants shared that she was interested in looking at defining safety and its associated primary parameters. The participants mutually decided upon that safety for them meant to ‘protect yourself’ and hence they were expecting to ideate further on that thought through this session. We moved on to the first activity which was coffee painting. 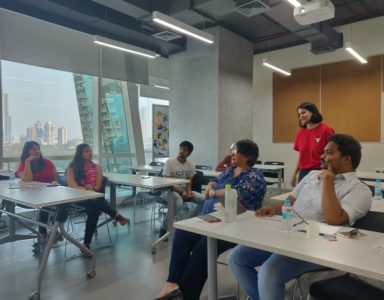 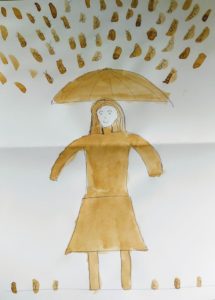 “When I was asked to draw anything that comes to my mind when we think of the word Safety, then the first thing that came to my mind was of a girl whose head is down and is trying to protect herself with her arms hugging herself. This was the inner view of a girl or a woman or any lady for that matter but upon thinking the bigger picture I realized no matter whatever the age is a female has to go through many such scenarios in life and every woman has a story to tell. Getting this view imprinted on a page within such a small time was a challenge for me however, I was excited with this innovative method of drawing with coffee. My poster shows a lot of men falling and pounding on a woman in the form of droplets. Whether it is a girl who has been a victim of inappropriate touching or a woman who has been a victim of extreme violence in any form. A woman always needs a type of umbrella which protects her from such unpredictable droplets. This umbrella may be some Self-defense Techniques or Martial Arts or something else. If you see closely at the poster there are a few men who try to support a woman with such situations however the vast majority belongs to the other side of the spectrum. To solve this major issue, if this number of helping people increases then there will be less droplets which will result in no need of any umbrella because the heavy droplets will turn into drizzle and that drizzle will turn into a pleasant day. I think Safecity is doing an excellent work by organizing such wonderful events which makes a person aware of the ongoing challenges in the life of a Woman (who is the creator of all of us). Let’s work together with Safecity to form a better Society where one feels Safe. I belong to the Safecity community, Do You???  I’m sure you do in some or the other way. Thank You for being here and making our city Safe every day!”- Mayur Vishwakarma 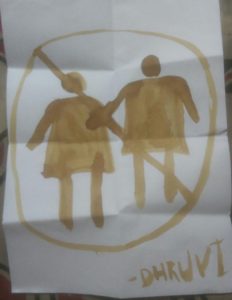 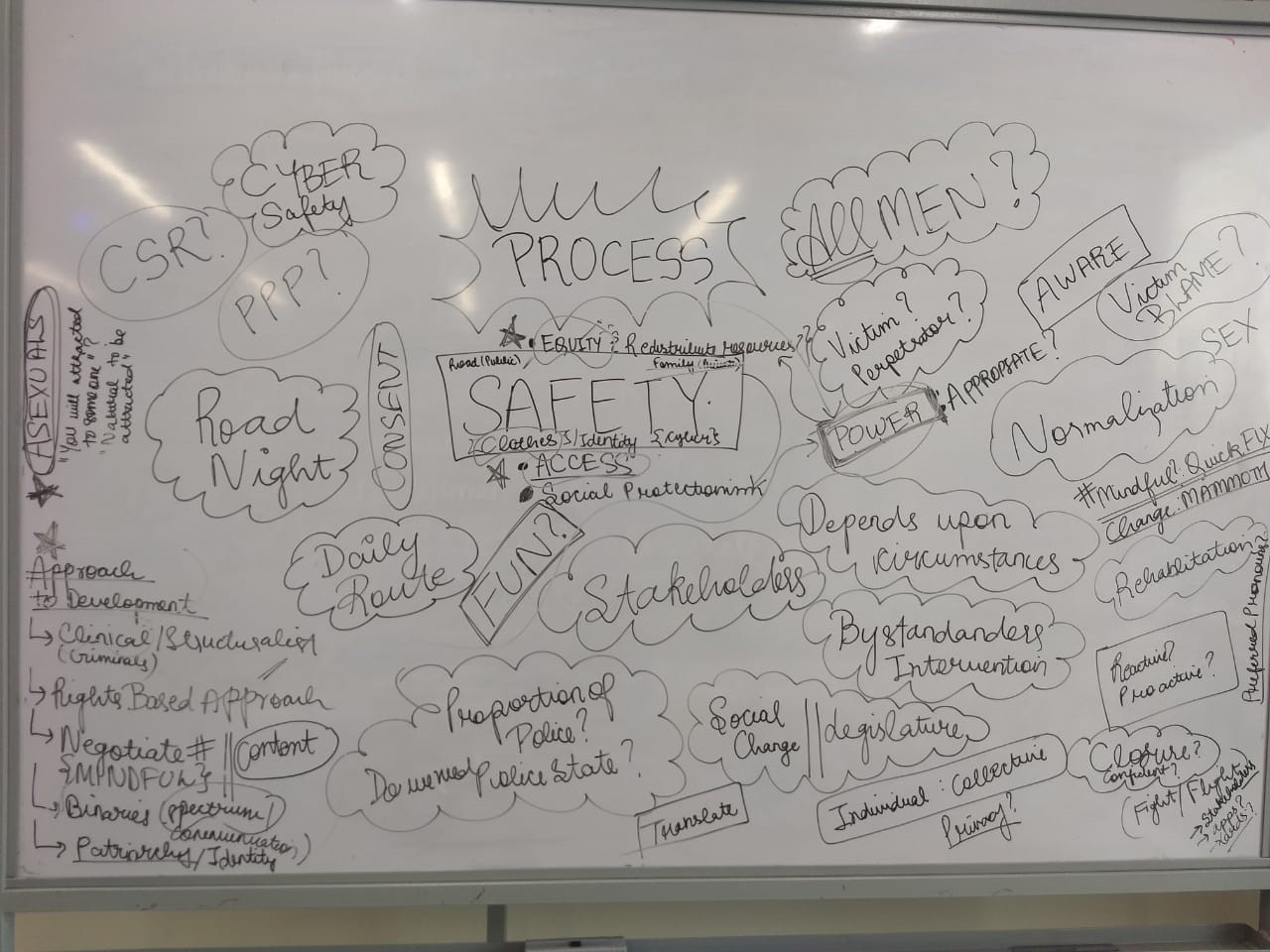 Situation 1- I am walking down the street at 1:00 AM. It was my friend’s birthday and because I live close to her house, I thought I could return back even in the late night. But now that I am highly uncomfortable walking down the street. There is a pin-drop-silence and I can see the shadow of a person in dim light. I…

This situation dealt with safety at public spaces. The discussion revolved around how our daily route of commutation is largely depended upon our comfort levels with the different stakeholders at that route, how at the happenstance of any uneventful event, the most important step is to ‘process’ it and take requisite action. However, the action is largely depended upon the circumstances. The need, importance and urgency to educate the masses on bystander intervention was brought forth. The discussion also revolved around how the policing can bring about a positive change in the safety on streets. This again raised a question on the extent of policing/surveillance that the masses are ready.

Situation 2- My mother tells me that my uncle would be visiting us and might even stay for a couple of days at our house. I have always felt very uncomfortable in his presence. I have memory of him groping me as a child and touching my siblings inappropriately. Despite telling my parents about this, I couldn’t get to make him pay for his consequences. I….

This situation deals with safety of individuals within their household. The discussion revolved around how incidents of child sexual abuse and domestic abuse are increasingly being reported owing to greater awareness on the subject. However, this doesn’t mask the fact that parents still do not speak to their children about sex, sexuality and gender. Despite workshops being conducted by several NGOs on ‘body and rights’, a large section of the population is left out. The discussion was also held on ‘social protectionism’ juxtaposed with domestic safety.

Situation 3- I am in a dilemma whether I should post this picture of myself on Instagram. Yesterday only, Sia was trying so hard to convince me to put my picture as my DP instead of Selena Gomez! But how should I explain it to her that I am not comfortable in doing that and what if my parents get to know?

This situation dealt with cyber space. The discussion revolved around how the individual has to be constantly mindful while claiming/reclaiming their spaces. Participants also shared how lack of conversations with parents creates a gap between them, complicating the whole situation. The participants also shared how an individual’s value system and morals impacts their everyday decision making.

Situation 4- I was walking down the street the other day when a group of boys started asking me about my identity and one of them even shouted- ‘What are you?’. I am deeply affected by this? Why is it that my clothes/ dressing sense impacts my identity? Why do I have to ascertain my identity with everything I do? Lately my identity has hampered my navigation to most of the places.

The situation deals with identity and how safe an individual feels in embracing their identities. Victim blaming and the associated taboo of ‘western clothing’ aka modern clothing were discussed. The discussion revolved around access to public spaces, access to resources and the need to make our language more inclusive by going talking beyond the binaries. 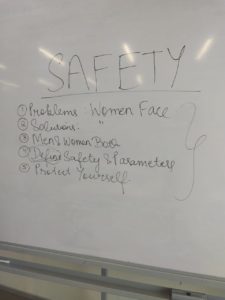 Final thoughts from the discussions- The discussion was concluded by a final summary sharing of the same. Through the discussion, the participants’ different approaches to development were seen which ranged from clinical approach (community programs for criminals for their reintegration with the society) to rights-based approach (focusing towards the rights of all the stakeholders). Goals of equity and the resultant redistribution of resources within the complex power structures of our Indian society were discussed. The significance of ‘sharing one’s story’ and speaking up to break the silence was the concluding note and the participants were requested to join us in our future sessions. 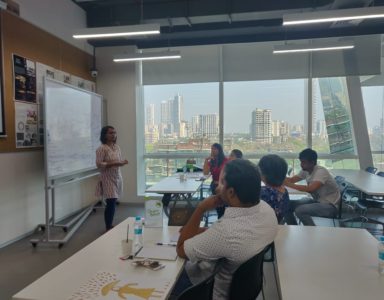 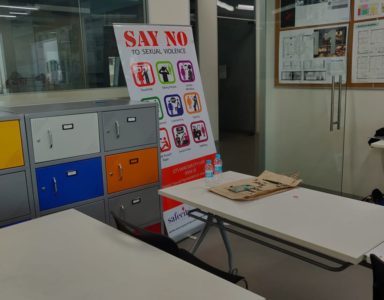 The discussion was followed by the screening of ‘Nirbhaya mai Asifa mai’.