Safecity Campaigns, Safecity Partnerships, Sexual Harassment & Violence
Comments are off for this post 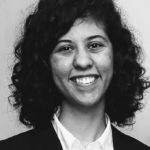 Sanaya Patel is a student at Government Law College, Mumbai. She is passionate about art, the environment, problem solving, human rights, and western classical music. Sanaya is a volunteer at Safecity because she believes in an India where women are respected and treated as equal citizens.

The fourth in the series of Legal Roundtables was organised by Safecity and SheThePeople.tv at Government Law College, Mumbai on 28 September 2017. The panel comprised of Ashwini Syed, Head of HR and Operations at Safecity (Red For Foundation), Pooja Shah, professor of Art and Humanities and JNU academic, and Advocate Nausheen Yousuf, women’s rights activist at Majlis. The discussion was moderated by Professor Kishu Daswani, who has over 25 years of teaching experience in the field of law, dispute resolution, and public policy, in colleges across Mumbai, as well as in Spain, Hong Kong, and Australia. The roundtable was attended by 90+ people.

The discussion centered around sexual harassment at the workplace, and the legal remedies available for redressal. The panelists began by breaking down the law, the Sexual Harassment of Women at Workplace (Prevention, Prohibition and Redressal) Act, 2013. The panel explored the law and its loopholes. A discussion followed, about the idea of a gender-specific law, and the concept of consent was discussed in light of two recent judgments by the Indian courts in the Peepli and Jindal rape cases.

The panel recognised that a discussion on sexuality, sexism, and gender based violence must take place in the context of academic institutions, internship and workplace environment, and Indian society. Since this event was organised at a law school, the panel also focused on how a lawyer might advise clients in cases of sexual violence.

The panel took the discussion beyond its mandate of informing students about the law, and called for everyone to be alert to instances of sexual violence. Casual sexism will continue to grow if as women, we do not own our place in society. For us to speak up, we must create safe spaces where we can talk freely. Sexual harassment must cease to be a taboo. Freedom of expression will give women the strength to approach legal authorities for recourse, something which is most often avoided due to the stigma attached. Empathy and emotional support are as much a part of the rehabilitation process as legal recourse.

Discussing sexual harassment and women's rights must be made mandatory for colleges. Safecity and Shethepeople conducted a roundtable in Mumbai at the Govt Law College Mumbai, Maharashtra – What came up were cases like #MahmoodFarooqui issue of consent, reporting & complaining, what's ok, and what's not.

Posted by Shethepeople on Sunday, October 1, 2017

A common thread ran through the entire discussion — that wherever she is, in whatever environment, it is important for women to speak up.

Some of the solutions that emerged at the Legal Roundtable are: