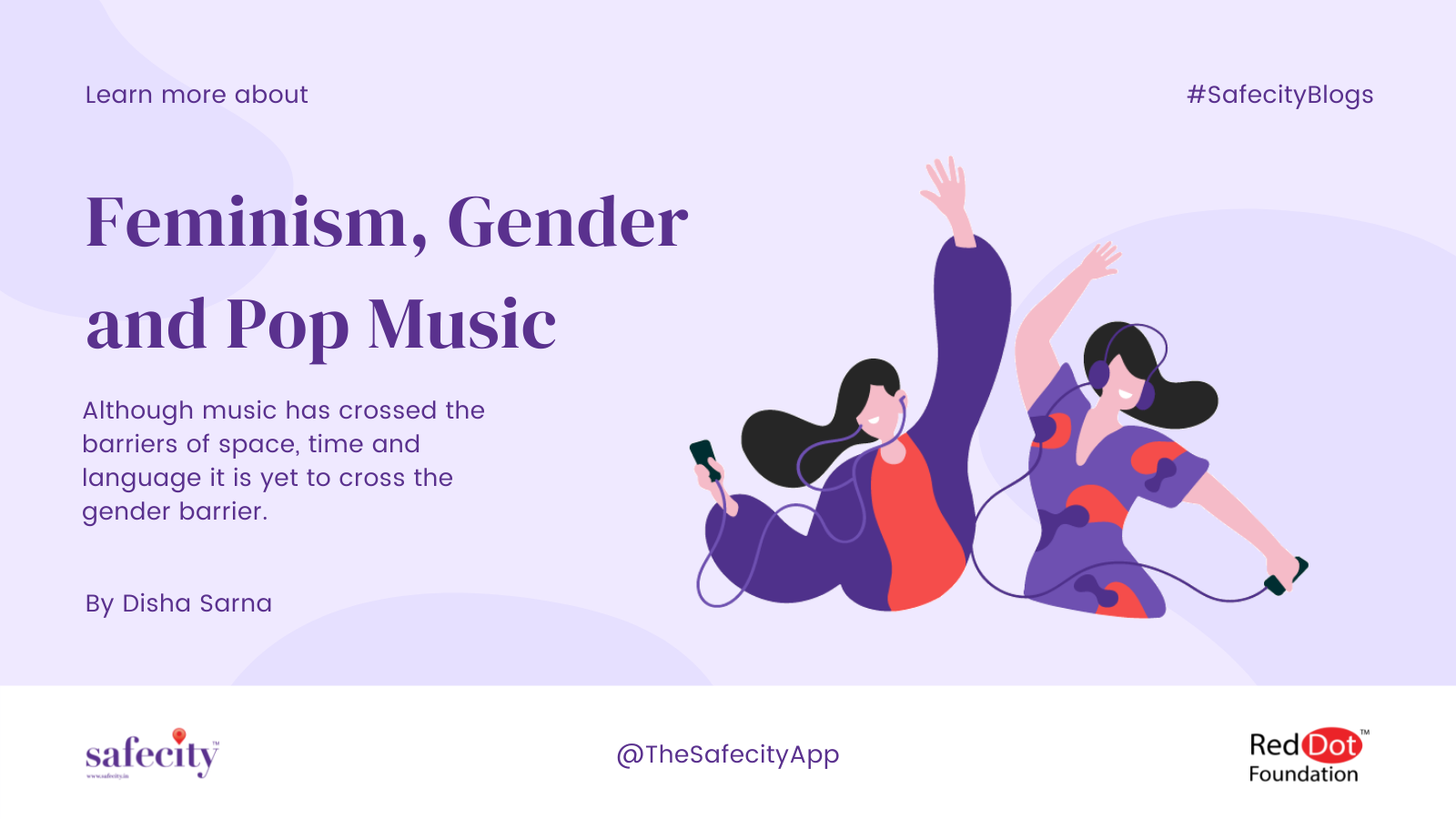 Perhaps the best thing that music is known for is its universality. It has been known to cross the barriers of language, space and time, which makes one wonder whether it has been able to cross the barrier of gender. This article is an attempt to answer this question by analysing the intricacies of popular music across the world through a feminist lens.

Hip-hop recently overtook rock as the most widely consumed genre of music across the world, and this can be seen in India as well with local hip-hop artists emerging across the country, creating hip-hop songs in regional languages and imbibing the so-called hip-hop culture. While it is interesting to see this intermixing of different cultures, this brings about various concerns, especially when one talks about feminism. In a study analysing 403 rap songs, the researchers found that around 37% of these songs depicted women as just objects of male desire and pleasure, 22% of the songs justified violence against women including rape and assault and 22% of the songs perpetuated an image of misogyny.

Besides lyrics, the videos often are no better with women being over-sexualised and being displayed on the screen along with expensive cars as if they were trophies. Women are often depicted as though their only purpose is to revolve around the men. Now, there will be many readers who think that this over-sexualization is a marketing tactic used by rappers as it increases their profits and brings in more viewers. Which makes one wonder why women are brought under fire for using these same tactics, often being shamed for using their own bodies to promote their songs and writing lyrics about their sexual experiences? Men can sexualise women but when women want to control their sexuality, it becomes an issue. Prominent examples from Western media include artists like Miley Cyrus, Ariana Grande, Doja Cat and Cardi B who were slammed for their performances and lyrics being ‘hypersexual’ even though their male counterparts like The Weeknd, Drake and Travis Scott do the same very often.

This is not just limited to hip-hop in any way. Bollywood item songs are another good example of misogyny existing in popular music, where women are often only showcased in minimal clothing and the sole purpose of the song and the video is to get more viewers using a hypersexualised image of women. Even in the ‘iconic’ Bollywood music videos shot in cold Swiss mountains, the women are dancing in sarees with no way to protect themselves from the cold in order to look appealing to the audience while their male counterparts just gaze lazily at them in full winter clothing. Actually, on closer inspection rarely is any genre of music exempt from making gender-biased lyrics and videos, with a study finding that 57% of the rock songs used in their research depicted women in a condescending manner and two-thirds of the country music in the study depicted women in a devaluing way. Not only does this music nullify many of the efforts that feminists are making, but it also disseminates an idea of masculinity that is inherently toxic. They often promote an image of a man who is abusing substances, belittling women and in general creating a harmful societal environment.

It would be wrong, however, to dismiss the positive impact of popular music on women and to ignore songs that uplift and empower women across the world. In order to bring a shift in the direction towards which popular music is headed, artists with music addressing gender parity and the struggles women face need to be brought into the spotlight. Like Alicia Keys’ ‘Superwoman’ which talks about women being superheroes and trying to fulfil their roles as caregivers, workers and supporters and still being able to fly regardless of the shackles they are bound by provides the listener with an accurate representation of the difficulties women face and how they overcome them by winning small battles every day. Other songs like Daya’s ‘Sit Still, Look Pretty’, Beyonce’s ‘Run the World’, Destiny’s Child’s ‘Independent Women Pt. 1’ and many more also celebrate women, break prevalent stereotypes and assert that women aren’t passive members of the society, who are supposed to just look pretty. Rather, they advocate that women are more than capable of being successful, independent and confident regardless of what the patriarchal society says.

This just further emphasises the notion of how, after going through statistics and analysing the type of music content the masses are consuming at present, it becomes imperative to bring about the notion of feminism into play. Most of the media consumed by the youth of the world is propagating an image of women that threatens to overshadow the victories that women have achieved in the past few decades. As a listener, it becomes important to exercise discretion and make one’s disdain towards such archaic notions obvious. It also becomes important to recognise that the current system profits off of the systematic disadvantage that women face and does not allow them to actually profit off of it in any way with women rappers being called untalented and often getting snubbed of their nominations at major awards shows, some recent examples being Lizzo and Nicki Minaj being snubbed of their Grammy nominations despite the innumerable records their albums broke. In fact, if women talk about their experiences with men in any capacity they are labelled as artists trying to seek attention. Thus, to answer the initial question posed in this article, it becomes obvious that although music has crossed the barriers of space, time and language it is yet to cross the gender barrier.