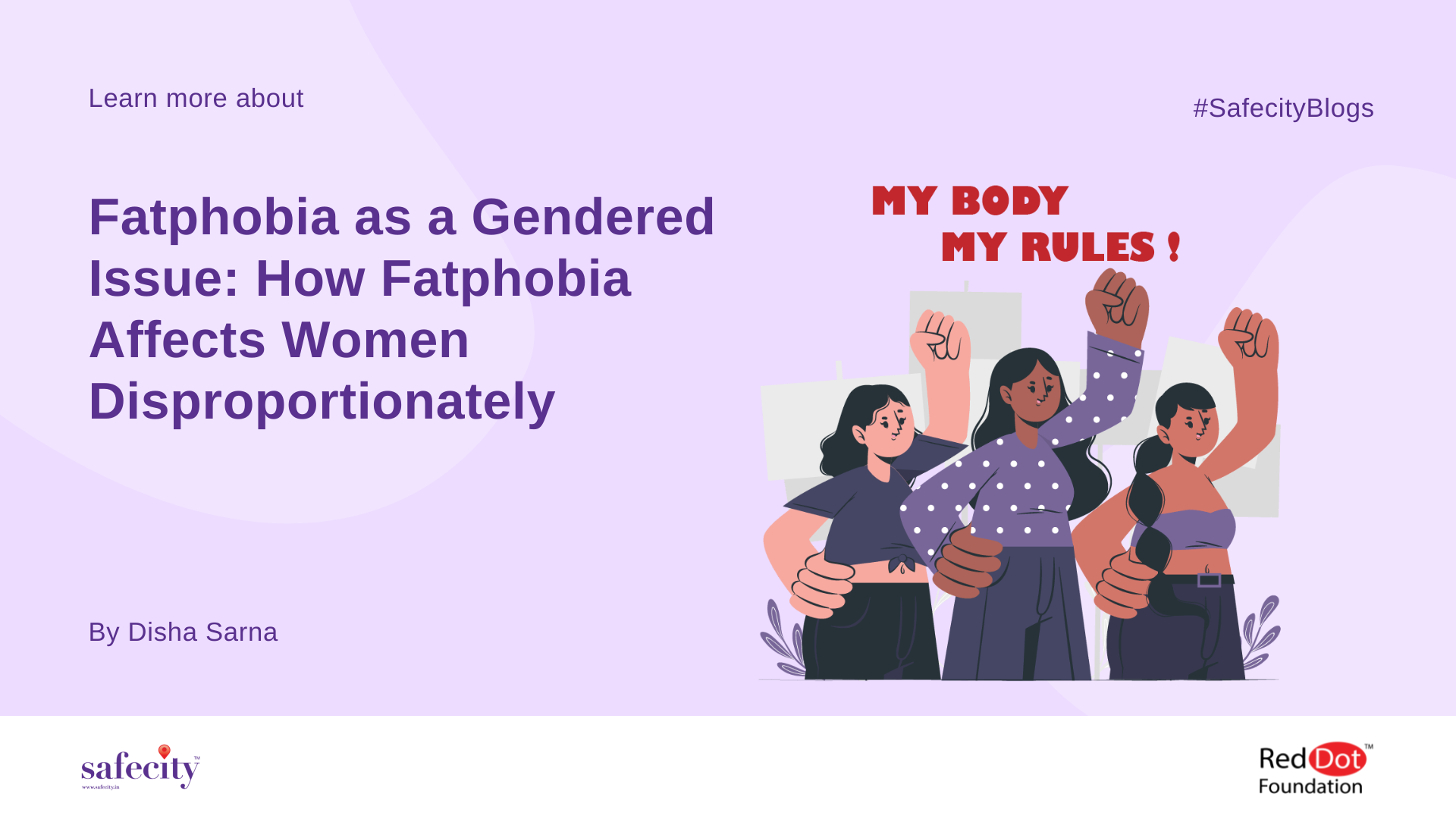 Fatphobia can be defined as the fear of fatness, but in a more colloquial sense, it is the prejudice held against fat people simply because of their weight. Although society has always had perceptions of an ideal body type, the notion of fatphobia has evolved post the Industrial Revolution. Before that, being fat was a symbol of wealth and aristocracy. With the industrial revolution of the 19th century, the abundance of wealth spread and many could access more decadent foods. In addition to this, the beauty standards were rapidly changing and favouring a more slim and willowy look, which created an atmosphere of animosity towards fat people. This fatphobia, however, was not gender neutral and put women under more scrutiny than men as beauty standards have affected women more than men due to the importance laid on youthfulness and beauty on women. This blog aims to highlight the disproportionate ways in which fatphobia impacts women and how women worldwide fight this unjust stigma that has seeped into professional spheres, healthcare issues and just general living.

There exists a general attitude that fatness equates to laziness and unhealthy eating, and due to this general disregard, women who are obese are often left disadvantaged in professional positions. There is an environment of fatphobia in the professional world where being fat can hamper promotions, wages, and general feedback, directly impacting overweight individuals. If one thinks about it, it could lead to lower salaries, forcing individuals to eat cheaper fast food, making them even more prone to obesity. A study conducted by Cawley found that for every 64 pounds, there was a 9% decrease in wages for white women. The study also highlighted the intersectionality of gender and race in wage decrement due to fatphobia as Hispanic overweight women earned less than white overweight women and hinted at the colonial roots for fatphobia. It has been theorised that fatphobia has strong colonial roots as the Eurocentric notion of petite beauty was not seen in colonised Africa and Asia, and the white man’s supposed superiority imposed hatred on anyone who did not fall into their beauty standards.

What is more concerning is that this bias against overweight and obese individuals exists in the healthcare field. A recent study by Phelan and colleagues found that 39% of medical students in the survey had strong anti-fat biases, and 19% had moderate anti-fat preferences. This is a serious problem as many doctors often attribute symptoms to weight issues rather than a severe underlying health condition. Women are affected by this disproportionately because many disorders related to their reproductive systems like PCOS and endometriosis often list weight gain as a symptom as well as a cause. This creates a bias against fat women because even if their weight gain results from the disorder, doctors often consider it a cause and prescribe lifestyle changes instead of other treatments that may be more viable.

In general, women tend to perceive themselves as fatter than they are. Fallen and Rozen attribute this as to why women are more susceptible to eating disorders than men. Evolutionary psychology tries to understand why women perceive themselves as larger than they are and has found that it is due to mate selection. Individuals often prefer slimmer and more youthful mates, which has led to women participating in activities that make them appear more attractive to their mates. This fuels the 60 billion dollar weight loss industry and puts many women on diets and unhealthy pills and exercises. The weight loss industry has perpetuated the belief that being slim is the only ideal body size and has spread wrong information about how being fat equates to being unhealthy. Many overweight women report having no health concerns due to their weight, and this is something that the weight loss industry tries to bury as it limits their profits.

Despite these obstacles, many plus-sized women are making breakthroughs in their fields and rising above the prejudice they face. Plus-size clothing is becoming more available, and plus-sized modelling is also being revered. If one looks at the entertainment industry which is notorious for choosing typecasted looks, artists and actresses like Lizzo, Chrissy Metz, Melissa McCarthy have broken stereotypes and are promoting how plus-sized individuals are not unhealthy. This is an indication of the shift in beauty standards and the growing acceptance of the fat community. The need to raise more awareness and make the general population understand that the information attached to being fat is wrong and encourage studies to show the world scope of an overweight or obese individual might help stop the stereotypes faced by individuals due to fatphobia daily. There is also a need to recognise that women are more susceptible to the dangers of fatphobia, and making fatphobia a gendered and racial issue will help bring equal opportunities and experiences for all.

1 comment on “Fatphobia as a Gendered Issue: How Fatphobia Affects Women Disproportionately”