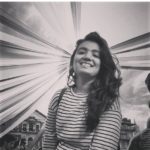 Well, what is the first thing that pops up in our minds when we hear someone has experienced harassment or discrimination? We think of a young person being harassed on the basis of their gender, colour, caste and so on but have we ever thought about the amount of discrimination and harassment faced by aged people?

“Ageism” originally as defined by Dr. Robert Butler in 1968 is “a systematic stereotyping of and discrimination against people because they are old.”

Very often when we meet new people we categorise them in our minds on basis of age, gender, colour, caste.

We know that discriminating on the basis of race and gender is generally not tolerated. If people tell a racist or sexist joke, they are immediately rebuked and people say “that is not funny or acceptable.” But when it comes to jokes about age, for some reason, our society has not placed a taboo on this particular type of partiality. We see birthday cards poking fun at older people and television shows depicting older people in a negative and stereotypical manner.

A few days back I was watching the news and came across a piece about a son who killed his own parents for the sake of property. It made me wonder where all humanity had gone and how someone could do that to their own parents, parents who do everything in their power  to make their child excel in life. It made me think about all the kinds of injustice elderly people face.

Physical abuse happens when someone causes harm on body by hitting, pushing, or slapping.

Abandonment is leaving a senior alone without planning for his or her care.

Sexual abuse involves a caregiver forcing an older adult to watch or be part of sexual acts.

Just to get the seriousness of the situation let me share some important facts. There are over 100 million senior citizens – individuals over the age of 60 – in India. A 2014 survey conducted by HelpAge India found that 50% of the elderly surveyed, including 48% men and 52% women, reported suffering abuse. According to Help Age India report 2018 major cases of Elder Abuse are reported to have children as perpetrators. They have also stated that around 60% of elders have confirmed about existence of elder abuse in the society. 56% elder have reported abuse with the cause being disrespect, whereas verbal abuse was 49% and that of being neglected was 33% of the total abuse cases. The report stated that the main abusers were found to be their own son (57%) and daughter-in-law (38%). But out of all these only 18% made an attempt to report and out of the all the cases reported, only 35% have been resolved.

To ensure security to those in their old age the Maintenance and Welfare of Parents and Senior Citizens Act was passed. The Bill proposed to provide for:

-Appropriate mechanism to be set up to provide need-based maintenance to the parents and senior citizens.

-For institutionalisation of a suitable mechanism for protection of life and property of older persons.

-Setting up of old age homes in every district.

The Maintenance and Welfare of Parents and Senior Citizens Act, 2007.

Very few are aware of this Act which protects senior citizens from abuse and abandonment. The Act was brought about “to provide for more effective provisions for the maintenance and welfare of parents and senior citizens, guaranteed and recognized under the Constitution and for matters connected therewith or incidental thereto.”

The Act states that parents and grandparents who are unable to maintain themselves from their own earning can seek maintenance from their children.

Childless senior citizens can also demand maintenance from a “relative” who is the legal heir of the former and is in possession or will inherit their property after their death. And if the children or said relatives neglect or refuse to maintain the senior citizens, the Maintenance Tribunal can order the former to make monthly allowances that shall not exceed Rs 10,000.

“Maintenance” includes provisions for food, clothing, residence, and medical attendance and treatment. A significant provision in the Act deals with the Transfer of Property, which can be made void under certain circumstances – like if children/relatives refuse to provide elders with basic amenities and physical needs.

This is only applicable in cases where the property was transferred after the commencement of the Act – in 2007. According to the Act, such a transfer of property “shall be deemed to have been made by fraud or coercion or under undue influence.”

According to this section, any person who abandons a senior citizen they’re responsible for can be jailed for up to 3 months, and/or be made to pay a fine of up to five thousand rupee.

A draft National Policy on Senior Citizens was published in 2011 in order to protect senior citizens against abuse but this has not been finalised or implemented.

Many strategies have been implemented to prevent elder abuse and to take action against it and mitigate its consequences. to prevent abuse include:

-staff at care-Centre being trained on dementia.

-residential care policies to define and improve standards of care

-mandatory reporting of abuse to authorities

-helplines to provide information and referrals

Elder Abuse an issue one often refrains from talking about or acknowledging that it exists. But, within the four walls and confines of one’s home, it is a dark reality exists. Hence, let’s try our best to make world a safer place for old aged people. Let’s just accept one fact that all of us will turn old one day so let’s not set bad example for the coming generation, or else someday we might be the victims of the same.

Keep writing and motivating people in the long run.. the society needs young people like youwho do not fear to express their views irrespective of the age, caste and creed..