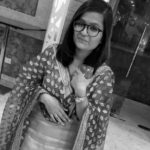 Dowry: A Tradition or a Source of Money?

When I tied the knot with you, all I asked for was your support. I gave you my entire life, I took your surname, and all I asked was a little attention. I left my family; I tried to fit in a new environment, all I asked was your love. I haven’t asked for much, I just wanted what a bride deserves. But I was beaten, I was burnt, I was betrayed in return.

Dowry is a tradition in India which began as a mark of showing respect to the groom’s family. But it has gradually been misused by some. Dowry might be practised as tradition but it is used as a source of income by the groom’s family and if bride’s parents don’t fulfil their demands, the bride herself is treated badly, beaten or in worst cases forced to die. The Dowry system in India refers to the durable goods, cash, and real or movable property that the bride’s family gives to the bridegroom, his parents, or his relatives as a condition of the marriage. It is essentially in the nature of a payment in cash or some kind of gifts given to the bridegroom’s family along with the bride and includes cash, jewellery, electrical appliances, furniture, bedding, crockery, utensils and other household items that help the newlyweds set up their home. The payment of dowry has long been prohibited under specific Indian laws including, the Dowry Prohibition Act, 1961 and subsequently by Sections 304B and 498A of the Indian Penal Code. The Dowry Prohibition Act, 1961 article 3 specifies that the penalty for giving or taking dowry does not apply to presents which are given at the time of a marriage to the bride or bridegroom, when no demand for them has been made. Section 498A of the Indian Penal Code required the bridegroom and his family to be automatically arrested if a wife complains of dowry harassment. The law was widely abused and in 2014, the supreme court ruled that arrests can only be made with a magistrate’s approval.

What are the causes of dowry?

As it is said earlier, dowry is a tradition which has a long history. The structure and kinship of marriage in parts of India contributes to dowry. In the north, marriage usually follows a patrilocal (lives with husband’s family) system, where the groom is a non-related member of the family. This system encourages dowry perhaps due to the exclusion of the bride’s family after marriage as a form of pre-mortem inheritance for the bride. In the south, marriage is more often conducted within the bride’s family, for example with close relatives or cross-cousins, and in a closer physical distance to her family. In addition, brides may have the ability to inherit land, which make her more valuable in the marriage, decreasing the chance of dowry over the bride price system.

Besides this, dowry is not related to a specific religion in India. It is widespread among Hindus and other religions. For example, Indian Muslims call dowry as jahez, justify the practice in terms of jahez-e-fatimi. Islamists classify jahez into two categories: The first comprises some essential articles for the outfit of the bride as well as for conjugal life. The other is made up of valuable goods, clothes, jewellery and an amount of money for the groom’s family, which is settled on after bargaining.

How many smiles lost, how many eyes shut.

A total of 24,771 dowry deaths have been reported in the country in past three years with maximum of them occurring in Uttar Pradesh with 7,048 deaths. In a written reply in the Lok Sabha, Women and Child Development Ministry Maneka Gandhi said that 8,233, 8,083, and 8,455 cases were registered under section 304B of the Indian Penal Code (Dowry Death) in the country in 2012, 2013 and 2014 respectively. Uttar Pradesh is followed by Bihar and Madhya Pradesh with 3,830 and 2,252 deaths during the same period.

As per National Crime Records Bureau data, the country has recorded 3.48 lakh cases of cruelty by husband or his relative and West Bengal tops the chart with 61,259 such cases in past three years, followed by Rajasthan (44,311) and Andhra Pradesh (34,835).

What are the types of Dowry Crime?

Recently married women can be a target for dowry related violence because she is tied economically and socially to her new husband. In some cases, dowry is used as a threat or hostage type situation, in order to extract more property from the bride’s family. This can be seen in new brides who are most vulnerable in the situation. Dowry crimes can occur with the threat or occurrence of violence, so that the bride’s family is left with no choice but to give more dowry to protect their daughter.. The northern and eastern states of India show higher rates of dowry-related violence.

Some of the ways in which newly wed brides are harassed for dowry:

What can we do to eradicate dowry?

Each and every one of us has to be aware of how to protect ourselves against dowry. Few pointers:

We all are well aware that ours is a male dominated society. Sex discrimination begins at birth. Sons are preferred to having daughters (may not be true in all cases). Men are always unquestioned. We have heard people say that women are honoured in Indian culture. They sing praises of Sita, Draupadi and Ghandari. Yes, we have given equal rights to women in constitution but the reality is very different. There are increasing cases of female infanticide, deaths due to dowry, rapes etc. There has to be a radical change in the minds if we are to empower women. When we say gender equality, we mean equal opportunities for both men and women. Being different does not mean being weak. Both men and women can co-exist with mutual respect and love. This thought has to induced in every child at home and in school. We cannot change history, but we can make sure our future is bright.