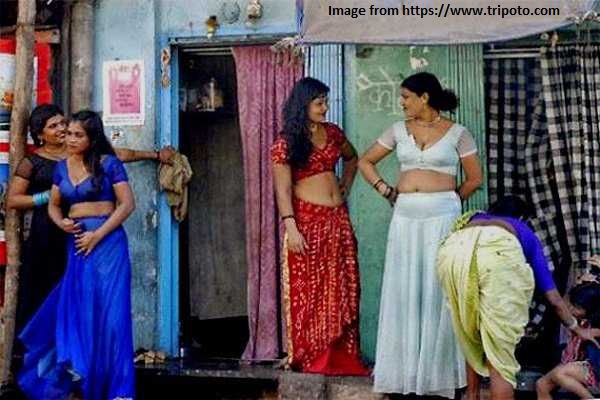 Delhi-The capital city of India, has been in news now and again for not-so-good reasons. It has even been titled ‘The rape capital’ of India’. Late night ice-creams at India Gate and the uncommon parathas of Chandni Chowk are the brighter sides of the nightlife. But there’s a cloudy part of it which seldom comes to notice of a common (and alert) man i.e. PROSTITUTION.

A recent survey by an independent NGO reveals that more than 40 underage girls are pushed into prostitution daily in India and this business is seeing a 10% annual growth here.

A recent survey by an independent NGO reveals that more than 40 underage girls are pushed into prostitution daily in India and this business is seeing a 10% annual growth here. To those who argue that it should be legalised because of the history it has seen, or others who consider it as a catalyst for the Indian economy, I have a lot to say to them. It’s a well known fact that prostitution has been in India since ages and the prostitutes were commonly called as ‘Nagar Vadhu’. But does that make sense to blindly follow whatever our ancestors did? Or don’t you feel human rights are important than revenue you think it will generate? Well we can generate a lot more revenue by not letting thousands of crores of scams to happen! Other problems complimenting this menace include- Sex tourism, women trafficking, Gigolos (male sex workers)…….. It’s an endless list which if I began will take up whole of my life to debate. But I do not write this as another worrisome or pessimistic article starting with a normal introduction and summarising with superficial suggestions. It’s about my detailed personal experiences of three Red Light areas of the city I have witnessed while living here for about three years from now. I will describe the areas in an ascending extent of influence.

Disappointed yet curious we walked ahead to discover another spot of harlotry- Endpoint of the Moolchand Hospital flyover.

Let me start with Lajpat Nagar( yes the same shopping hub you would have never thought of to be in the list). I got to know about this area from a narial-pani wala(Cocunut water vendor) standing in the outdoors of Lajpat Nagar metro station. I decided to sojourn it with my roommate in late hours. So we first of all went to the ‘prescribed’ metro station and success was quick to follow. There were rikshaw walas who straight-away pointed us towards the prostitute standing just ahead of us. Sadly we weren’t able to talk to her as she seemed to be in a hurry. Disappointed yet curious we walked ahead to discover another spot of harlotry- Endpoint of the Moolchand Hospital flyover. Yes you read it right. One of the biggest hospitals of the country is a victim of this menace. We noticed a nice and slim girl in early 20’s and she appeared to us as a normal college going student waiting to catch an auto until we saw people gathering around and overheard them enquiring about the rates. I was quite reluctant to talk to her, so my mate took a step ahead and came back with a smile. I quote what he was told- “High class hu, sirf gaadi mein jati hu” Quite surprised to know that even class differences exist in this profession, she boarded a car in the meantime. It was a long night though. Again near the Lajpat Nagar metro station, we could see some really beautiful girls standing up and talking to perverts for striking a deal. The most surprising fact was that- They were actually not girls but Shemales( as they are called in the sex industry) wearing up perfect make-up and ready to give you a moment in a park. Charges were as low as 300 bucks. This was the end of the night for us. Or a nightmare instead!

We were also ‘enlightened’ by some locals of the charges they offer. Accustomed to hear about the cheap rates, they didn’t disappoint us. 1000 for a night !!!!

This one is rather interesting. Priya mall is another quite good and posh shopping complex in the outskirts of the city. I hope you must have heard of PVR Priya. Ya you’re right. We planned for a movie that night. When I went there, I saw a decent crowd and a sound number of policemen surrounding the area. It was around 12:30 and we were hanging out near McD’s. Waiting for an auto to reach home, We noticed certain auto-rikshas with the same travelers dwelling repeatedly to and fro on the road. And then to our notice, an auto stopped with 3 women inside. Their representative (or agent rather) started enquiring which one of the other two we would like to take home for the night. Gazing at the bookie with our mouths wide open, she realised we were not here as assumed by her. But as was our custom and out of curiousness, we decided to wait and dig into the matter. This is how it goes. A pan vendor opposite of a luxurious hotel and ahead of Priya mall was the main agent( bookie as they call). One can either contact him or directly signal the auto rikshas to bargain for the night. We were also ‘enlightened’ by some locals of the charges they offer. Accustomed to hear about the cheap rates, they didn’t disappoint us. 1000 for a night !!!! Going back home, it was time for us to observe if the police ( apparently a law enforcing agency) were really aware of the fact of this sex-racket. And yes, not-to-our surprise, they looked pretty informed. So to all those who want us to report, Dude that would have been a waste of time rather!

Sneaking inside some of the 100′s of brothels, I was depressed to notice girls of less than 12 years raising up their skirts to lure me up.

It is the third biggest Red-Light area of India. This is the fact which appalled me and forced me to think- If this is the third biggest, I cannot imagine the other two. I once visited GB road area which is near the New Delhi Railway station. Lot of my pervert friends suggested me to pay a visit. Roaming there casually, I initially saw 2-3 Police check posts and a primary school which puzzled me if it was really the Biggest Red Light Area of Delhi I’ve heard of. Walking swiftly to clear my confusion, I was attended by brokers who mistakenly (or intentionally) interpreted me as their potential customer. Quite surprised seeing no fear on their faces while promoting an illegal act of prostitution, I went ahead to explore more about the situation. Sneaking inside some of the 100′s of brothels, I was depressed to notice girls of less than 12 years raising up their skirts to lure me up. Curious to know more, I started asking questions from the bookies about the monetary aspect of it(i.e the charges). We were completely taken aback by listening the offers. Twas pretty much around 200 bucks for an orgasm(Single shot as they call ) and around 800 for 1 full night. This was not even half of what we expected !

Still curious before I end my little journey to almost a hell, I enquired the inside details and experiences of those pathetic youngsters leaving the brothels in numbers of hundreds. Twas so awful to hear the procedure of it. One has to choose among hundreds of prostitutes inside the brothel. Having chosen, the money is paid in advance to the cashier. A receipt is provided along with the number of your turn. And there you go after waiting in a balcony and being offered almost every thing you would like to drink or eat ! About the rooms ? Yes I will tell you about it. The rooms are as small as 6×6( less than the size of your double bed on which you’re lying right now). These rooms are infact the accommodation of those women and girls. Some horny youngsters also advised us to visit only Brothel 64 as the others have a poor reputation of looting people once their job is done. It is a flourishing business having crores of annual turnover.

But what is business without Ethics ?? You think the government doesn’t know about it ? Well then check your facts. You can even search GB road on Wikipedia and you will not be surprised to read a detailed description of the same. Hundreds of documentaries have been made, lot of matter available on the Internet and despite lot of NGO’s working for the same, government and WE the people seem, callous about it! It takes a lot of courage to express such incidents with your name inscribed, But it takes a hell more of it to survive that hell. So I dedicate it to those sex-workers (for whom I have not been able to do anything till now). But here I write for them. I write for their better future and to inform you that these things EXIST. Many of you already know about it but you were reluctant to share. “It’s time to discuss, It’s time to work for it !”

Here I write my name in Bold letters to authenticate the writing.