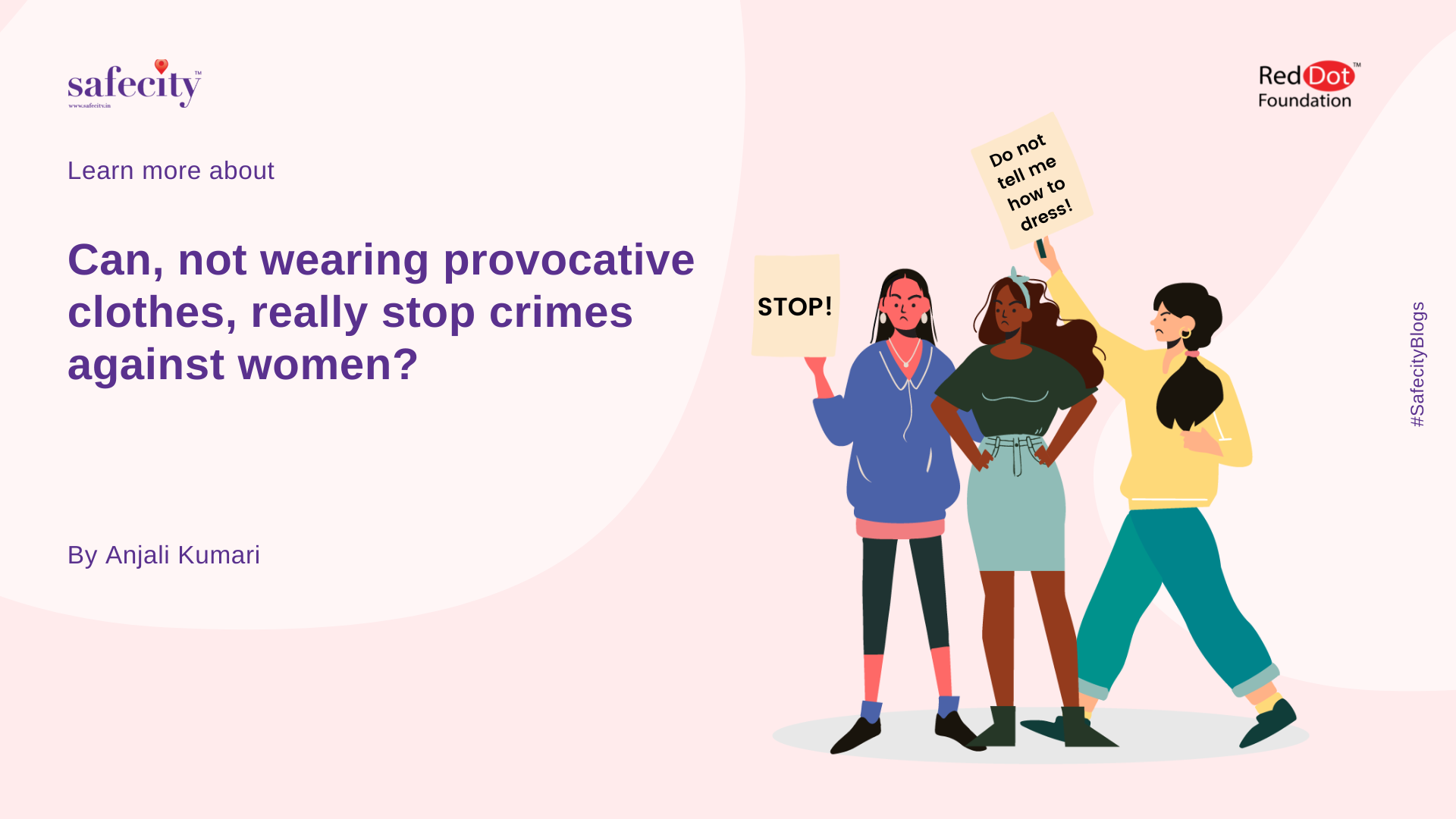 A former assistant professor of English had to reportedly resign from the prestigious college of Kolkata when a parent complained that he caught his child gawking at the pictures of his professor in a swimsuit posted privately on Instagram. Instead of teaching ethics and morality to an 18-year-old boy, he decided to go after the professor. The institution itself blamed the teacher for “besmirching the university’s reputation”. The misdeed committed by that 18-year-old boy raises an important question here;  when society and institutions pointed out “scanty clothes that were exhibiting her body on a public platform”, how was it in any way her fault? Why does society always blame women for wearing something she is comfortable in? Does this mean women will always be expected to answer to such stereotypical notions?

There is a common misconception that a woman who wears tight-fitting and revealing clothing is inviting sexual attention. We shouldn’t ignore the fact that it is only women’s clothing that is described as sexually provocative. Men’s clothing, no matter how revealing, is almost never seen as provocative. People who try to portray clothing as the main base of rape are trying to hide a deep-rooted patriarchal mindset. This issue is not only confined to one country, it is global and persistent.

In a 1989 sexual assault case in Florida, a juror reached the verdict on the woman who was the victim, “dressed with that skirt you could see everything she had. She was advertising for sex”. The law couldn’t prevent their ingrained judgments and in most cases, the girl has to first defend her comfortable choices. The way society has normalized this issue, now comes as a challenge to any female victim. Many schools have decided to replace skirts with trousers or salwar kameez instead of lifting the ban on skirts in school uniforms. The explanation of such indiscreetness passes off with statements such as to prevent young girls from “men’s lustful eyes”.

In India, for decades, Bollywood has always portrayed the female protagonist from the male perspective aka the male gaze. Using close-up shots, the camera in a way forces the viewer to stare at the female’s body which is associated with a sexual and voyeuristic point-of-view. The way men form their judgment is that, if she is wearing something that is considered revealing, in their definition, ‘she is then asking for it’. They think she only dresses up for attention or to sexually provoke them. But in reality, it is far from the truth. The question of clothing should only be discussed when there is a need to look for evidence like the presence of stains/tears/traces accidentally left by the perpetrator.

In 2005, an Amnesty International poll found that more than a quarter of participants believed that a woman was partially or totally responsible for being raped if she was wearing revealing clothes. We can easily conclude from the poll that the dilemma lies in how the spectator or viewer perceives the wearer of the clothing. Not only do different people interpret the same clothing differently, one’s clothing is likely to be interpreted as a message by the viewer. Nobody is trying to establish something by the way she/he is dressing up, hence we shouldn’t try to assume anything.

Regardless of how a woman is dressing up, she retains autonomy. It’s a patriarchal gaze that assumes that she is asking for attention, people need to understand the fact that it still remains in her agency with whom she wants to have coitus. Consent still plays an important role. Active anti-rape campaigns that focus on teaching people about the notion of consent and how not to see any person as their potential sexual partner can help in reducing crime rates against women.

The conventional belief regarding women’s clothing that the manner of dressing up can tell a lot about the traits of that person shouldn’t cloud one’s judgment. An underlying issue, with the use of clothing to show consent, is inherent ambiguity, which needs to stop. It is only the viewer’s answerability that they are trying to equate clothing with a form of consent. By making inaccurate inferences and assumptions based on clothing, it will never be easier for women to avail the benefit of basic human rights. Blaming the victim and finding evidence based on women’s clothing makes the case easier to reach a conclusion which they clearly should never do. The law itself needs to step forward with logical arguments, such as an examination of the perpetrator’s background, and then only it can initiate change in society.