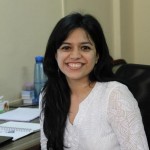 Anushka Gole is an MA candidate in the Communication and Development studies program at Ohio University. Prior to joining the madness called graduate school, she worked as a Communications Manager at Atma, an education non-profit based in Mumbai. She loves writing, learning languages and navigating the complex world of gender.

A Tale of Two Indias

A few days ago, I saw “The World Before Her”, a documentary that follows the lives of two young women in India. The first woman, Ruhi, is a contestant on Miss India- a national beauty pageant and describes herself as a modern woman. The second woman, Prachi, is a youth leader in a Hindu fundamentalist training camp and believes in preserving the sanctity of what she refers to as traditional India. In telling this story, the documentary depicts the complex and conflicting relationship between tradition and modernity in India.

Not unlike Ruhi and Prachi, I, having lived in urban India for most my life, have often found myself caught between these two seemingly dissimilar worlds that every Indian must navigate. However, the truth is that “traditional” and “modern” Indian women have more in common than one might imagine. With the help of our readings over the past few weeks, I want to demonstrate how capitalism and reductionism have made tradition and modernity problematic concepts that are sometimes simultaneously differing and similar.

At this point I want to introduce the concept of reductionism that Naila Kabeer discusses in her book Reversed Realities. Kabeer explains the reductive approach to the production of knowledge- breaking down complexities of nature and society into their constituent components and studying these separate parts in isolation from each other. She goes on to argue how this is problematic in that it “neglects complex interaction between units”. “Concepts and units of analysis are reified, frozen into universal and unchanging categories, robbed of the historical and analytical contexts from which they arose (Kabeer, 1994, p. 73).” This tendency to refer to concepts as unchanging and absolute explains the relatively flawed understanding of both modernity and tradition that are commonplace in India.

For starters, that modernity is a product of a capitalistic system of development is something most of us self-proclaimed modern women (and everybody else on the gender spectrum for that matter) do not question. This I believe, is a result of reductionism that has over time resulted in an uncontested acceptance of development as economic growth. Consequently, we fail to acknowledge that the divisions of labour that we are resisting as modern women, have been institutionalized by the system of development aka modernization that we subscribe to.

Furthermore, modern India, for the most part seems to have a fairly skewed definition of what it means to be modern. Our perception of what it means to be liberated women is not without its problems. In the documentary, Miss India pageant “etiquette” trainer, Sabira Merchant, refers to the beauty pageant’s training regime as a factory that polishes young women like diamonds.

Not unlike many others, Merchant fails to recognize the oppressive disciplining of women’s bodies by the beauty industry through its unrealistic beauty expectations and its frequent objectification of women. At one point during the pageant, the young contestants are asked to cover their heads and faces so that the judges can objectively decide which of them has the best legs. The irony that these objectified woman, who are inadvertently submitting to the perversions of the beauty industry, are who we identify as free, liberated women seems to be lost on Merchant and many others.

It is this objectification that the conservative society of India rejects and uses in its battle against modernity. The documentary shows Hindu fundamentalists organizing protests and demanding a ban on beauty pageants like Miss India for objectifying women and going against Indian/Hindu culture and tradition. Their intentions though are far from altruistic. For one they inaccurately define tradition as a static way of life. Second, the Hindu fundamentalists in particular, reduce Indian culture to Hindu culture which is highly problematic and ahistorical given the country’s long history of civilizations and the prevalence of multiple religions. Third, it is these so called Hindu traditions that continue to perpetuate problematic practices like dowry where a woman is married to a suitable match on the condition that her family sends money and property to her husband’s family. It these practices and beliefs that lead to girls being treated as objects of burden throughout their lives.

This incongruity is exemplified in the documentary through Prachi’s life. Through her work as a youth leader in the Hindu fundamentalist camp she strives to save traditional Hindu India. At the same time, she envisions a life for herself that does not include marriage and children. Here, she finds herself at loggerheads with her father who refuses to budge on his life plans for his daughter. It becomes clear that Prachi is trapped by the very traditions that she wants to protect. Interestingly enough, the irony is not lost on her.

So long as we continue to have narrow definitions of tradition and modernity, so long as we unquestionably submit to one or the other, this never-ending battle between the two Indias will continue to persist. A more nuanced understanding of what we mean by progressive modern India through a constant questioning and challenging of oppressive structures might get us a step closer to where we want to be. Easier said than done.