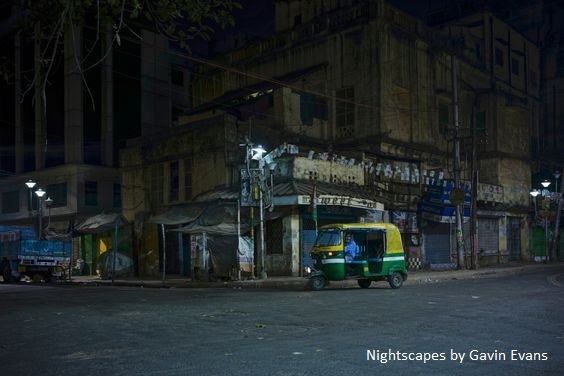 How safe is my city? To answer that I have to tell you a story of a day and a night.

I was at one of my regular bus stops waiting for a bus home one day. I had already let go two extremely crowded buses threatening to tip over under the weight of the foot boarders. I was beginning to accept the fact that I’d have to cough up for an auto if I wanted get home that day.

There were plenty of autos coming up behind the buses, counting on people like me. I haggled as is customary and let a couple of autos go until one of them agreed to take me home for 100 rupees.

“You’re robbing me in plain daylight madam,” the driver complained as I climbed in.

“I’m giving you 100 rupees for a 5 kilometers ride. Less if you take the shortcut. I’m the one being robbed,” I pointed out.

“I don’t know any shortcut, madam”

“I’ll show you the shortcut. Just follow my directions.” This is my city. I have lived here for more than fifteen years. I was not going to be conned by an auto driver into paying more than what is fair.

The driver complained loudly at every signal and every bump in the road. I ignored this technique popular with a lot of auto drivers, and many kindergartners I should add.

He cribbed again as I paid him at the end of the trip, but I was firm. What I was paying him was more than fair.

I was travelling from outside the city and I got down at my regular bus stop, failing to pay attention to the time. It was when my bus pulled away I realized how very quiet the entire bus stop was. I pulled out my phone and realized it was dead. My world got even quieter. I looked around and there wasn’t a single soul in sight. The realization that I was completely alone sunk in and I pulled my luggage closer in to me.

I waited for twenty minutes without a single vehicle going by. At the end of thirty minutes I was ready to abandon my luggage and foot board travel on a crowded bus if it meant going home safe.

The roads I had walked for years stared back at me like strangers. The awnings I had sought shelter under in rains were now hiding shadows that scared me. This was my city, my street and it felt like a landmine, ready to burst, waiting for me to make a single wrong move.

The sound of an auto I heard then was a sound sweeter than any other. I hailed him and told him where I wanted to go.

He hesitated. He was going home, the other way. “Please,” I begged him, “I haven’t seen a single bus go by in the last half an hour and it is almost midnight.”

“Done,” I climbed in. Breathing got easier as I got closer to home, relieved that the driver was taking the main roads.

After he dropped me off at my place, I got down on my knees and gave thanks that all he wanted from me was my money.

How safe is my city? So safe that I felt grateful I was just ripped off and not raped.

(About Esai Arasi: I believe that the secret to happiness is doing what you love. Practicing what I preach I’ve been training for close to half a decade, specializing in Behavioral Change Training, currently working with Aditya Birla Retail. When I’m not training, I’m found reading, writing, and planning the Next Big Novel.)