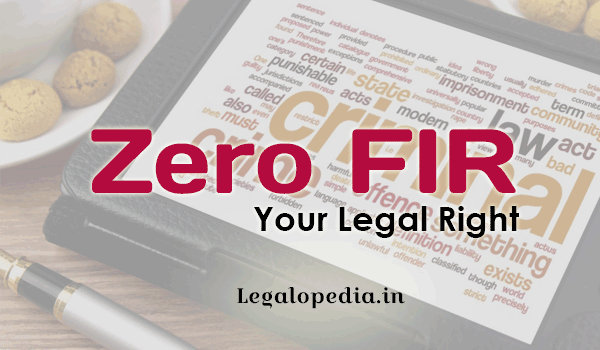 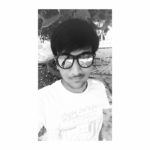 Mustafa Nulwala is a strongly opinionated aspiring lawyer. He believes everyone has the right to be every possible thing they wish to be. Apart from being a board game lover, he loves attending plays and cultural programmes. He is an avid reader. He fervently hopes for a gender equal society and believes that most crimes perpetuated by each gender on the other can be reduced and eliminated through a taboo free interaction between men and women. He believes the world needs love, lots of love.

Nirbhaya’s case led to many amendments in our existing legal system and Zero FIR was one of them. This important provision has led to the ability to file an FIR from anywhere and was quite a stepping stone in legal history but people still are not aware of this right and it was only the movie ‘Pink’ that led to the awakening among people about what a ‘Zero FIR’ is.

In our country, the capital itself is known to be one of the most unsafe cities to live in. Many protests took place all over the country against the state of law and order. Post that, the ruling body came up with provisions to set the motion of justice favouring the victim. Alas! The tragedy lies in the lack of awareness among the masses regarding their rights and on the part of government in failing to spread awareness as well. Zero FIR is one such provision which might help the victim to appeal for investigation without wasting time. Very often, though, the victims are denied the right to file an FIR by police authorities because the area the crime took place in does not fall under their jurisdiction. This provision of law was introduced in the recommendation of the Justice Verma Committee in the new Criminal Law (Amendment) Act, 2013 after the horrific Delhi Rape case.

In this article, I have tried to explore the concept of zero FIR and provisions relating to it in depth.

Now let’s come to the concept of Zero FIR. It’s very simple and designed specifically for the ease of the victim.

The provision of Zero FIR came up as a recommendation in Justice Verma Committee Report in the new Criminal Law (Amendment) Act, 2013 after the heinous Nirbhaya case of December, 2012. The provision says:

Now what is more shocking is that the police officers deny to acknowledge a Zero FIR and also try to convince the victim and his/her family to approach the concerned police station for registering the FIR rather than trying to help them. Many of us do not know that according to Section 166A of the Indian Penal Code, a Police officer refusing to register FIRs related to certain offences against women (such as rape, molestation, etc.) can be punished with imprisonment for a term which may extend to one year or with a fine or with both. A Constitution Bench of the Supreme Court in Lalita Kumari VS Govt. of UP and Others has issued the following guidelines:

How to File a Zero FIR?

Like all regular FIRs, a Zero FIR can be filed in accordance to the below mentioned checklist.

When to use a Zero FIR?

The main idea of a Zero FIR is to initiate the investigation or urge the police to take their initial action. Once you have lodged a Zero FIR, make sure that your complaint is not transferred to the appropriate police station in your jurisdiction without any initial action or investigation. Crimes like murder, rape and accidents require immediate action from the concerned police authorities so that they take appropriate samples, eye witnesses and other circumstantial details. Zero FIR allows the authorities to pen down the initial action taken rather than trying to figure out what had happened at the crime scene initially.

Take, for example, the famous Aasaram Bapu Rape case. In the FIR, the place of occurrence of the offence falls under the jurisdiction of Jodhpur, Rajasthan but the Police Station Kamla Market, Delhi registered the FIR, then transferred it to Jodhpur, for further investigation. Then Jodhpur police took up the investigation.

Why it is needed?

Very often, after being sexually assaulted, a woman has to go through an even more cumbersome process with the police. The protector becomes the assaulter. Only when a senior officer intervenes are such complaints or FIRs registered and investigated. How do we stop such incidents? If all complaints on women-related offences were to be filed by the senior officers then why do we have a police station in every area? Even 3 years after the new Criminal Law (Amendment) Act was passed in 2013, many police officers fail to recognize Zero FIR and instead continue to dodge their responsibility and push it on to others. The concept of Zero FIR is a jurisdiction-free FIR. It was introduced in order to avoid the delay in filing the crime that adversely impacts the victim. The government should run campaigns to make people aware of such provisions and peoples should also show more concern about knowing their rights.

We are not here to judge every police officer, but this action of passing the buck has happened one too many times. It is very easy to manipulate a vulnerable person. Stop being one. Do not let any police officer  tell you which type of offence should be reported and which not. They might tell you that once an FIR is filed, it will not be taken back and it will result in a long legal procedure. ZERO FIR looks like a great concept in seeking a way to ameliorate criminal justice in a preliminary stage and finding the truth. But it requires a third eye to monitor the procedure. For this purpose, I think a Committee should be formulated which consists of a member representing the police fraternity and one member representing the common public. The committee should also include a judicial member who can be a retired judge of the Supreme Court or High Court or District Court to mediate between the police department and the common public. This will help in proper accountability and transparency in the system and will help fight crimes against women efficiently.