Safecity is participating in the 16 Days of Activism Campaign taking place from 25th November to 10th December, 2015 by facilitating various activities aimed at raising awareness about sexual violence in general and sexual violence in public spaces in particular. This training workshop was conducted as a part of the ‘Safecity: 16 Days of Activism against Gender Based Violence’ Campaign.

We conducted a training workshop on mapping and survey of Sexual Harassment in collaboration with Sneha, a Mumbai based NGO on November 26, 2015 at a Sneha Community Centre in Lalji Pada, Kandivali (W) from 1-5 p.m. The training was attended by 40 participants from the ages of 14-21, 5 of whom were Boys and 35 were Girls. They were a spirited, sensitive and aware group of youth.

We began the workshop by asking the participants to introduce themselves and telling us about one activity they like doing in public spaces. A majority of them said that they love eating Chaat while outside and some said they liked hanging out with their friends.

A group activity on what makes one feel safe or unsafe was conducted, which brought out several distinct as well overlapping points among the groups when they brainstormed.

After that a Sociogram was conducted through which the participants were asked asked if they would go to a Tea Stall or Tapri by themselves in the evening. All the Boys responded with yes while the Girls said no. The Girls said that they would feel uncomfortable at the Tea Stall as there are groups of boys or men who will stare at them or pass comments. They said that the men would say,‘Kaisi ladki hain,akele sareaam chai pi rahi hain’ (What kind of a Girl is she? She’s drinking tea so boldly by herself in a public place) and they would doubt the girl’s character.

The boys said that while they can go by themselves to the Tapri, they prefer not to as the groups of smokers around the stall make them uncomfortable. We also asked them if they would go out by themselves in the evening. The girls said that their parents wouldn’t allow them out then as they felt that it was unsafe for girls while their brothers are allowed to go out at any time. The parents also worried about what society would say about their daughter’s whereabouts. Such mindset and the “society” factor dissuaded girls from doing everyday simple activities like going to drink tea by themselves for fear of judgement.

We then went on to talk about gender, gender roles and the importance of these constructs in how society perceives people who don’t conform to traditional gender roles. We discussed how they felt about the way genders were portrayed and how they tend to behave. Through a group discussion we also explained what constituted as sexual harassment or ‘Chedchaad’. This included a debate on the different experiences of boys and girls in public spaces such as travelling in a bus, which was an enlightening experience for everyone involved. We concluded this discussion with a talk on the difference between regular conversing and ‘Chedchaad’.

The next part of the session involved training the participants on how to map the different places in their neighbourhoods and mark locations where unsafe behaviour or incidents occur. We then divided them into 4 different groups who set out to explore and map their areas. Every part of the neighbourhood was mapped and the children used different symbols for different kinds of incidents. In fact, during the course of the exercise, one group encountered a man who was clicking pictures of them on his phone and the Supervisor of that group, Najma, went up to him and made him delete all the photos. After an hour, we all came back to the Centre and put all the groups’ maps together. This exercise helped instil a sense of supervision and responsibility in everyone involved and invigorated everyone to work towards bringing a change in their community.

The Participants then dispersed armed with Survey forms in their hands and a passion to learn more about and bring about positive change in their neighbourhood.

Check out the Workshop in Pictures: 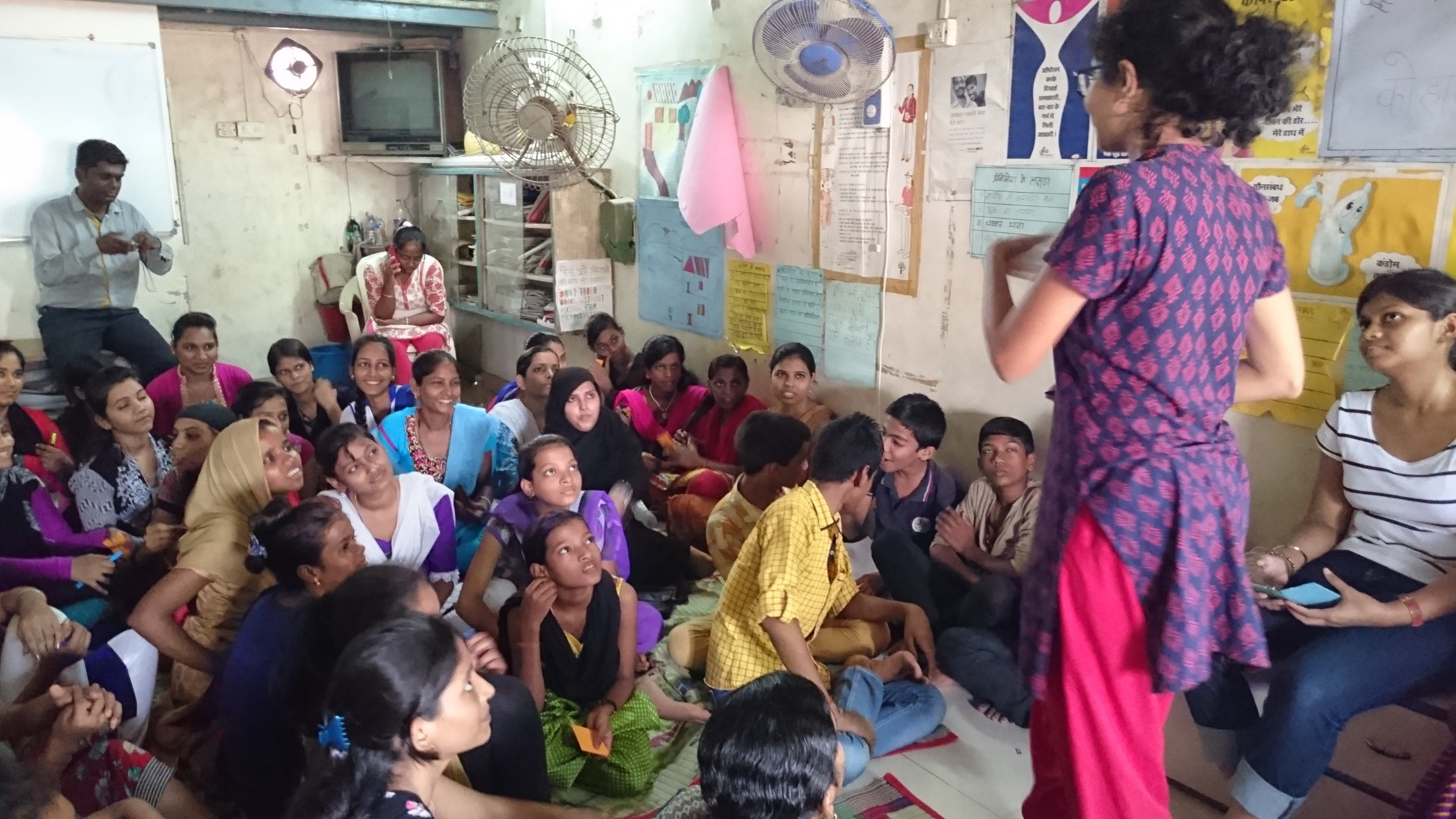 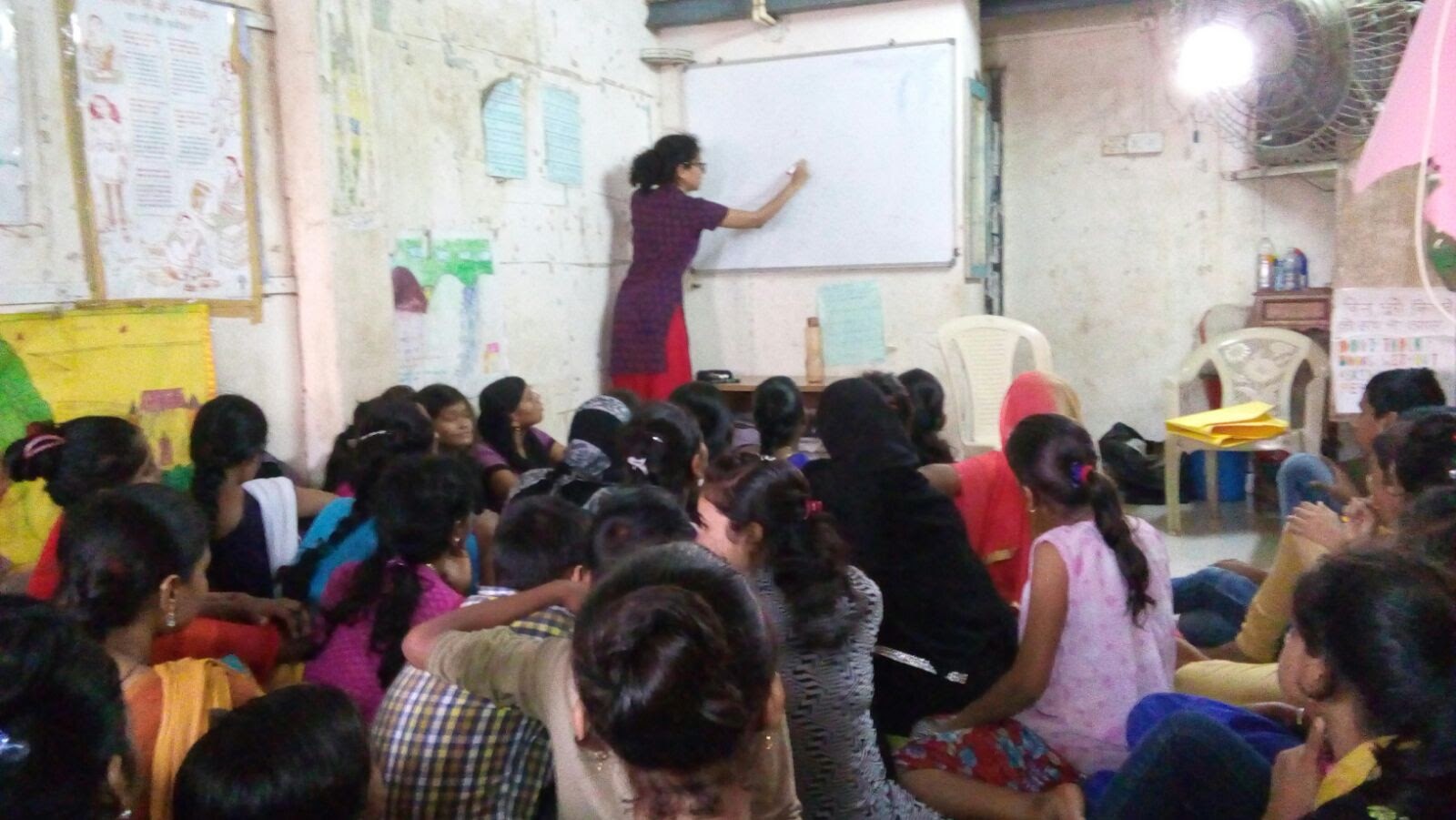