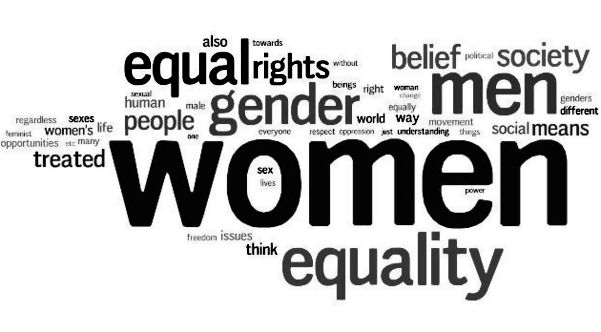 In olden times, a woman’s identity was either her father, her husband or her family. At a very early age she was married and deprived of an education and then had to serve her husband and his family for the rest of her life. She had no rights in this highly patriarchal society which still exists today in many parts of the world. She was expected to sacrifice her own needs, wants, desires and life in maintaining an image which was acceptable to society and was always blamed for anything that went wrong. Man enjoyed all the privileges and held a dominant position. At the time of marriage, she was expected to give dowry and was sometimes subjected to violence and abuse by her in-laws and had to live with restrictions.

To live a life of freedom in society was a far fetched dream for a woman. Illiterate, uneducated and unaware, women were taken advantage of and were not given a chance to justice. If she dared to raise her voice against the injustice, she had to face the wrath and dissent of the entire community.  She was considered a burden to the family until she was married and after that her husband’s house was supposed to be her only home.

A woman was labelled as a homemaker and nothing more. This was a major obstacle which stood in the path of development. Empowerment of women was a much needed element for development. She was deprived of her social, legal and economic rights. A widow or divorced woman was seen as bad luck and was humiliated. She was forbidden from participating in society. Her voice was suppressed and was forced to follow the norms laid down from ages. Men were preferred over women for most jobs outside the home though women had to travel long distances to collect wood and water for their daily needs.

History is replete with examples of great personalities like Rani Laxmi Bai, Savitribai Phule, Indira Gandhi who showed that women have the power to rule and can face any situation. Today, with the help of education, women are on an equal footing with men and are independent. They have their own identity irrespective whether they are married or not.  Women have been facing crimes like rape, sexual harassment, molestation, acid attacks, human trafficking etc since ages. It is vital for women to be aware of their rights and speak up against these crimes.

Many educational programmes are been conducted at many places where women are educated about their rights. Awareness is being spread about their rights to help them progress in society. Safecity is an NGO which works towards creating safer public spaces for all, especially women and girls. They conduct safety audits and surveys in different areas, collect data about the crimes in each area and then facilitate solutions customised to each place. Safecity also conducts workshops creating awareness about the laws in the Indian Penal Code that can enable women to fight for their rights.

Looking at the present status and position of women in society, she is not dependent on a man or anybody for survival but can be a warrior in her own life. In order to progress, women should have equal rights as that of men. Women need to be social, economically and legally empowered. She should be known and accepted as an individual by her skills, her talents, qualifications and performance and not by her caste, economic conditions or family background. She should have an equal right to re-marry, choose her own life partner and raise her voice against the unjust evils prevailing in the society. Economic empowerment mean that a woman has equal right to property inherited from her parents, she should be given equal employment opportunities as a man is granted and appropriate measures need to be taken in terms of her safety at the workplace. Legal empowerment refers to where a woman needs to be aware of her rights and have access to legal help in order to fight against the injustice in the society.