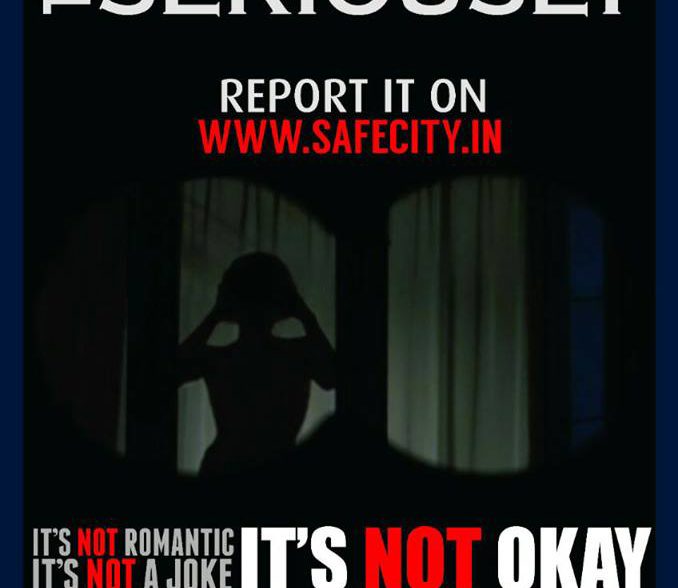 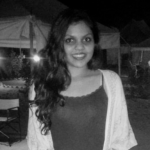 Kaanchi Faria is a 3rd year law student at Pravin Gandhi College of Law, Mumbai. She’s always had a predilection of listening to people’s experiences and writing about it to augment the bowl of thoughts she lives in. She is an admirer of nature and a trained singer in Hindustani Classical and Western music.

Why is Stalking still a Bailable Offence?

How safe are we truly in public places even during daylight?

The incident excerpted as follows is of a 20 year old, female student who was travelling by train from Dadar to Vidyavihar (Mumbai) in the Women’s First Class compartment. She felt uncomfortable after noticing that a man from the opposite General First Class compartment was continuously staring at her. She got down at Vidyavihar station and started walking towards her house. She felt as if someone was following her. She did not look around out of fright and kept walking straight ahead with her head down and her purse clutched to her chest. In her periphery, she caught a glimpse of the same man who had been staring at her. Terrified, she started walking briskly as she noticed the man inching closer. Ignorance wouldn’t help, she finally realized.

By this time, that man began interrogating her about her personal details. When she did not utter a word, he went into explicit details about his personal relationships and apprised her about her routine excursion. She was aghast after knowing that he was aware of her travel details which meant she was being stalked on a regular basis. Meanwhile, he also touched upon other inappropriate and vulgar topics like sex and prostitution. Fortunately, by that time, she reached the main road and threatened the man that she would shout for help and call the police if the man would continue to follow her. Intimidated by his presence and discourse, the girl shouted for help to which there was no response. Indeed! Roads where people find others in danger yet do not help are equivalent to deserted roads. The ignorance of the people acted as a catalyst to the man’s wrong actions. Panic-stricken, she bolted towards her building which was some metres away and climbed the stairs as fast as she could regardless of catching her breath. She did not have the courage to face her parents and kept the catastrophe, a secret from them.

It takes courage for a victim to narrate such bummers to parents, relatives and the society in general. Girls are being judged and looked down upon by most of the people in the society even after knowing that they have victims to such incidents. The blame is always put on the girl’s thoughts, language, attire and actions. The irony is that majority of the women themselves speak ill about the dignity of a woman which makes it very easy for men to point fingers at them. It would make a whole lot of difference if the women pointing fingers at other women could instead teach their children and others in society to respect women, take a stand for them and ensure their safety.

This also makes me wonder why stalking is not considered a severe crime. According to Section 354-D of the Indian Penal Code, stalking is a bailable offence for first conviction. This means that a stalker will be released on bail the first time he’s caught stalking. During the introduction of this amendment to the Indian Penal Code, I wonder if the legislative body had in mind the emotions of the victim. Stalking is a horrendous crime and being stalked feels dreadful. How can someone feel safe after knowing that they have been followed and the fact that the stalker had guts to confront them in a public place? The dogma that the criminal might make the life of the victim even more disastrous after release on bail because she complained will keep mouths of enormous number of victims shut.

In the above incident, the man could have molested, raped or attacked the girl. Just the recollection of such a misfortune can weaken a victim’s willpower. It is difficult to imagine what the victims might be feeling, thinking about the worse that could have happened to them. It is so difficult for a victim to go about life after such traumatic incidents and leave their house without fear of such a situation being repeated or something even worse happening.

Only after heinous crimes like rape and murder fill people’s ears and newspapers, they start taking such issues seriously. Why are issues like stalking being considered petty? These issues that are  considered petty eventually lead to the major issues making the country revolt and mourn with candles. If events like stalking will not be given importance, the number of mishaps are just going to incline. Stalking is a major precursor to crimes like rape, murder, abduction, etc. If such events will not be voiced out by people, the task of criminals will become facile.

Let us all muster courage and support victims of all kinds instead of gossiping about them. Also, stalking is not something funny to giggle upon and end the discussion. Let’s start taking it seriously!