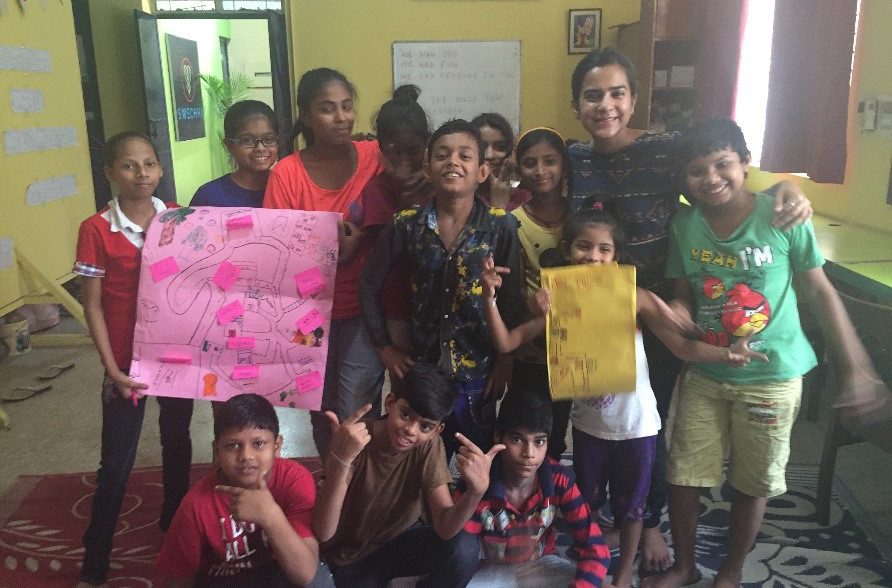 Safecity Activities, Safecity Campaigns, Safecity Workshops
Comments are off for this post 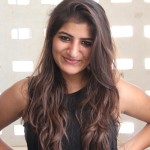 When little hands can build a playground in Jagdamba Camp

Safecity conducted a two day “My city, My Rights” workshop at Swechha Summer School. Swechha is a youth-run, youth-focused NGO engaged in environmental, social development and active citizenship issues.
Salini Sharma and I, Outreach Officers in Delhi, kick-started the session at Swechha with an introductory round where these youngsters were made aware of Safecity followed by a discussion around a Safe City. As an ice-breaker, the children had to introduce their peers with whom they had grown together in the same locality. 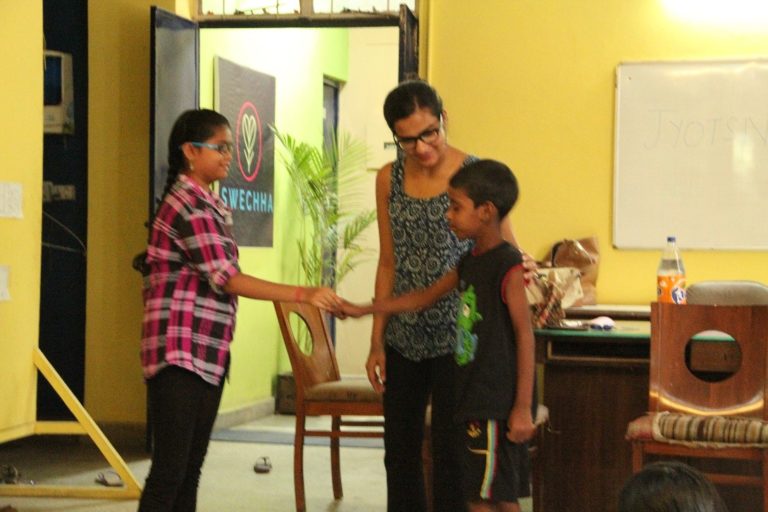 A mapping exercise followed where the youngsters were divided in two teams and each team had to draw a map of their locality-Jagdamba Camp. It was a delightful revelation to see these young minds enthusiastic about the task and how well equipped they were with different landmarks. 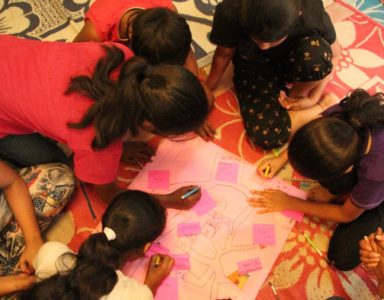 Picking up from where they left off on Day One, Day Two began with an interactive session where the maps drawn by the kids on the previous day ignited a thoughtful discussion where the children listed down the places they thought was missing in their neighbourhood.
With an innocent approach, the children enumerated a lot of “missing places” like a pharmacy, a bus stop, school etc. One of the places they felt a dire need for was a play park nearby. 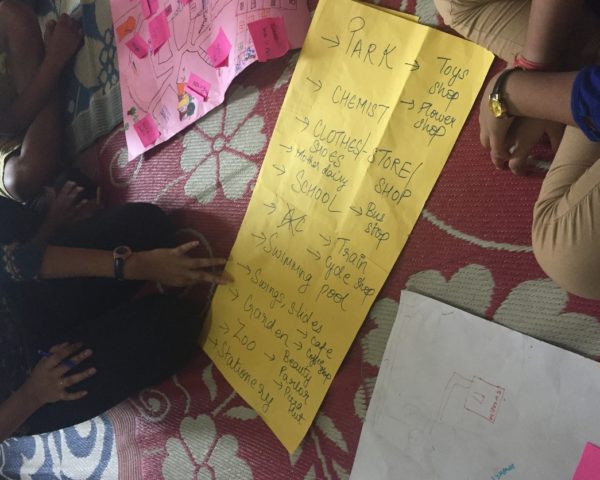 This was followed by another activity in which the kids were asked to collectively sketch a play park that they would want to have in their locality. This park, however, had to be designed within the geography of Jagdamba Camp. They designed two potential parks which could be incorporated within the restricted space of their area. This was fascinating and it was wonderful to see how these children felt empowered and realised they also had to ability to take a stand and play an important role to play in matters which impacted them and their lives on a daily basis. 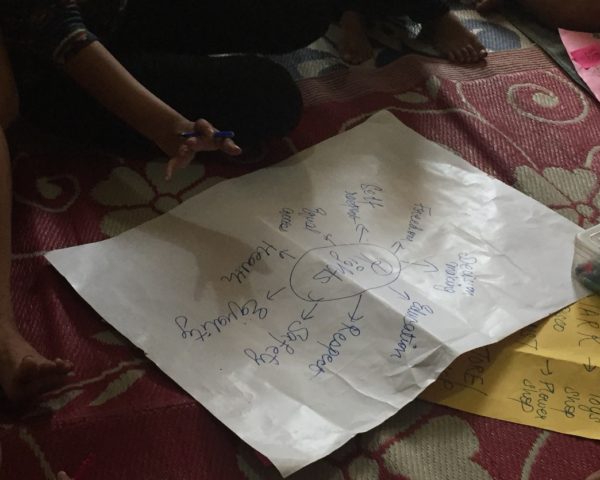 At the end of the session, Safecity shared this need for a play park that the children had highlighted with the team from Swechha. Swechha will soon incorporate the construction of a play park as a new project with the youth and other community members of Jagdamba Camp. 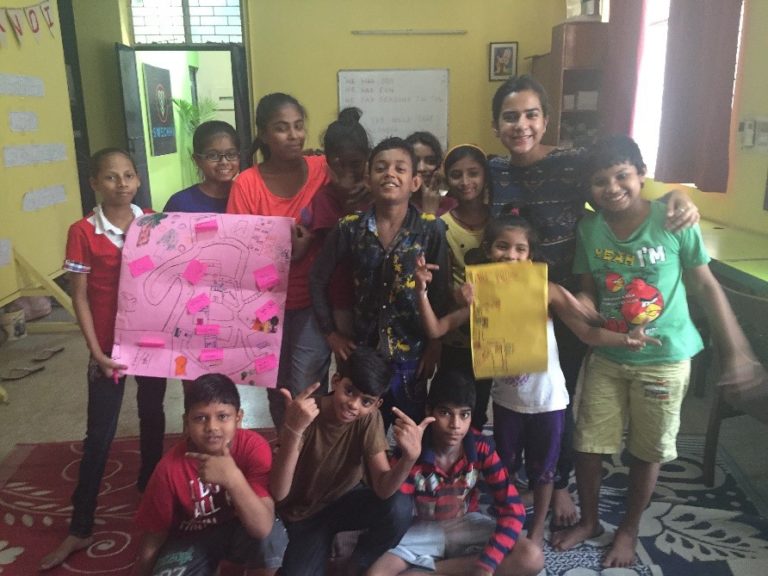 Jyotsna says,  “I have never really worked with children before at such a level, where trust is built and relationships endure. It leaves you zealous driving you forward to make a change and if nothing else, just for the peace of mind and happiness that you derive from your work.”