Laws, Safecity Blogs, Sustainable Development Goals
Comments are off for this post 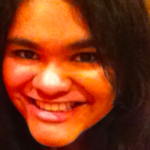 Tarini Date is a sociocultural anthropology and sociology double major at the University of Toronto. She enjoys reading, writing and listening to music. She’s passionate about travel and culture and is open to learning new ideas and experiencing new things.

What is workplace harassment:

Workplace harassment is common occurrence all over the world. It occurs within all fields of work and involves people from all walks of life: whether it be at the head office of a billion-dollar multinational company or on a casting couch in the film/television industry or in a textile factory. According to the “Handbook on Sexual Harassment of Women at the Workplace” produced by the Ministry of Women and Child Development, “sexual harassment includes anyone or more of the following unwelcome acts or behaviour (whether directly or by implication), namely: physical contact of advances; a demand or request for sexual favours; making sexually coloured remarks; showing pornography; any other unwelcome physical, verbal or non-verbal conduct of a sexual nature.” Furthermore, the handbook explains that sexual harassment does not necessarily need to be physically violent in nature but it also includes “situations that start of innocently [but] end up inappropriate and unprofessional behaviours.” It also stresses that the experience of sexual harassment is subjective.

Problems with reporting harassment at the work place: 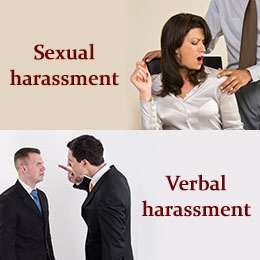 What is being done to combat harassment at the work place:

In December 2013, the Sexual Harassment of Women at the Workplace (Prevention, Prohibition, and Redressal) Act (POSH)came into effect after the infamous 16 December gang rape case in Delhi caused national outrage. The Act states that the employer is required to, by law, create a workplace free of sexual harassment. Employers’ responsibilities include: the creation and communication of a detailed policy against sexual harassment; ensure that the employees are aware of sexual harassment in the workplace; the creation of a Internal Complaints Committee (ICC) in every workplace of over 10 people to provide every woman working with a mechanism for redress of her complaints; ensure complaints committees are trained in both skills and capacity; and prepare an annual report and report to the appropriate state governments. This may account for the increase in reports of sexual harassment at the workplace in 2014.

Issues with the measures being taken to combat harassment:

The Act only provides measures to prevent workplace harassment against women but it ignores sexual harassment faced by men: ex-IPS officer Uday Sahai states that: “According to the Indian law, modesty, if at all, exists, only in women.”

Furthermore, while the Act provides a legal framework to prevent harassment at the workplace the patriarchal, sexist and misogynistic thinking that is ingrained in Indian society needs to be addressed. The dangerous thinking that places women in a subservient position to men in, where women are viewed as objects for men’s satisfaction needs to tackled. If this way of thinking is tackled, then men will be far less likely to harass women. The Act does not tackle the strong stigma around sexual harassment victims in India where victims are held blamed for their attackers’ actions. and in turn that makes women and men a like, far less likely to report incidents of sexual harassment.

Additional Steps That Can Prevent Harassment at the Workplace

In order to tackle the stigma around harassment, sexual harassment at the work place needs to discussed in public spheres so that the public is aware of them and how damaging they are to victims. Furthermore, sexism and misogyny need to tackled in schools so that children learn at a young age that objectification of women in wrong.