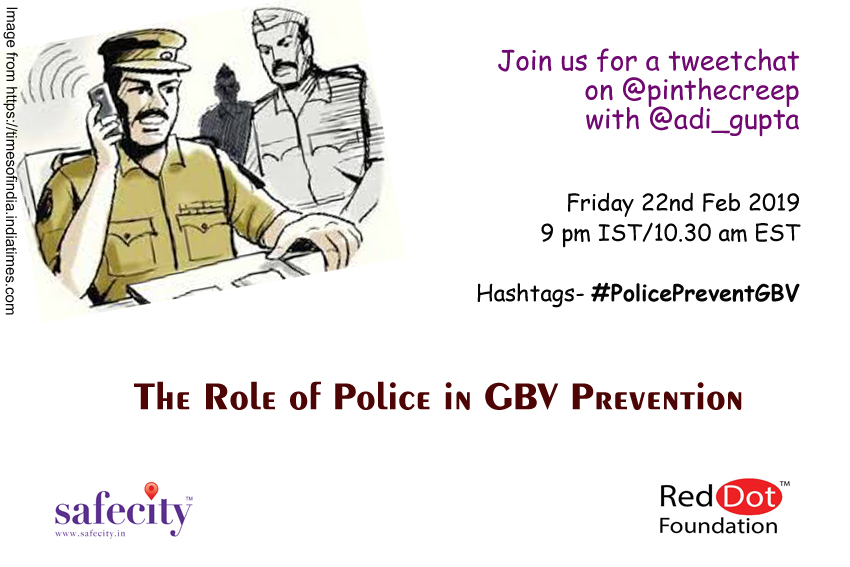 On 22nd February 2019, Aditya Gupta @adi_gupta conducted a tweetchat on the role of police in GBV prevention

The chat began with asking the audience to share about their encounters with police officers. Later a question was raised regarding how people usually perceive the police in India. The audience had a mixed response, but most of them were hesitant or scared to approach the police. Then the audience was asked about how in their opinion are the main issues in a citizen-police relationship and what could be done to engage an effective citizen police relationship. Lack of sensitivity and accountability, dominant nature, communication gap and lastly disloyalty among a few bad sheep in the lot that abuse their power were a major reason for an inefficient relation between the citizens and police. According to the audience suggestive measures to solve these issues would be sensitivity training, some level of accountability, police treating matters of domestic violence seriously rather than waiving them off as personal problems and less rigidity. The chat concluded by asking the audience about how the police can play a role in GBV prevention.

A tweetchat by Aditya Gupta!