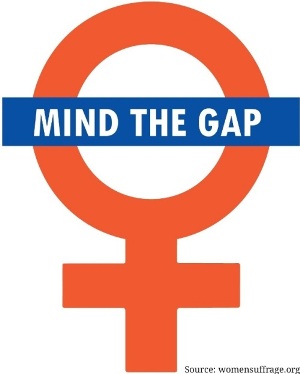 The Global Gender Gap Report released by The World Economic Forum provides hindsight into the quality of life and status of women all over the world. Since its inception in 2006, this report ranks countries according to gender gap calculated on parameters such as economic participation and opportunities provided to women, educational attainments, general health and survival, political empowerment, etc. In the 2017 report, 144 countries were ranked on a scale from 0 to 1. Iceland ranked first in the Gender Gap report with a score of 0.8779. Apart from Iceland, the other top five countries are Norway, Finland, Rwanda and Sweden. The bottom five countries were Yemen (with the least score of 0.5162), Pakistan, Syria, Chad and Iran. This article shall help in understanding what makes Iceland top the list and why is Yemen at the bottom of the list?

Iceland has been on the top of the list for the last seven years and is regarded as the most feminist country in the world. The revolt for gender equality in Iceland took its full form in the year 1975 when 25,000 women, which was one-fifth of the female population in Iceland back then, gathered in Reykjavik (capital of Iceland) to protest for their rights. Also 90% of Iceland’s female population went on a full professional as well as domestic strike which made the impact even more powerful. And since then the state implemented laws and policies to eliminate the gender gap. The policies range from providing free and compulsory education to providing equal employment opportunities and political empowerment to women.

Primary and lower secondary education is mandatory for both the genders, which has led Iceland to become one of the most literate nations in the world with a literacy rate of 99%. The curriculum for education is designed to inculcate values of social and gender equality among the young population. In order to increase the economic participation of women, the state has made it mandatory for public companies, institutions, counsels and authority to have minimum 40% women on the Company’s board. Also equal pay for equal work done by men and women is almost mandatory. Parental leaves and maternity/paternity benefits ranging from 6-9 months along with affordable day care facilities has enabled women to concentrate on their jobs without stressing about their children.

And if we talk about political empowerment, today 40% of the seats in the Icelandic parliament are held by women. Also, Iceland gave the world the first democratically elected women president Vigdís Finnbogadóttir who held the office for 16 years and first openly lesbian prime-minister Jóhanna Sigurðardóttir in 2009.

Strict laws for crimes against women, setting up of Ministry of Gender Equality, illegalizing of strip clubs and prostitution and various activist movements have further contributed towards eliminating the gender gap in Iceland. The government of Iceland has further pledged to eliminate the gender gap completely by the year 2020, hence making it a better place for women to live in.

On the other hand Yemen is currently under a humanitarian crisis due to the ongoing civil war. However a rather deep impact of the war is felt by the Yemeni women as they are exposed to inhuman violence, brutality and mental and psychological abuse. However even before the war women in Yemen have always been at a disadvantage due to the various cultural and traditional beliefs, religious norms and lack of implementation of welfare policies on part of the Yemeni government. The state laws of Yemen are discriminating and deprive women of their basic rights resulting women being vulnerable to all kinds of violence.

For example the Personal Status Law states that minimum age of marriage for a girl is 15 years, however a girl below the age of 15 can get married if she is ready to engage in sexual relations thus, resulting in the girl’s family to force her to get married. The literacy rate is also affected as most of times girls are not enrolled in schools and even if they are half of them drop out due to early forced marriage. The law further states that a man can marry up to four times and his wife/wives have to be obedient to him under all circumstances which encourage marital rape, forced pregnancy, domestic violence and polygamy. Also, a husband can divorce his wife anytime he wants without providing any justification; deprive his wife from the custody of the child and also visiting rights. However a woman has to undergo a full litigation process in order to divorce her husband.

Apart from these discriminating laws women are subject to other social evils like female genital mutilation, crimes like rape, murder and honor killings all because of lenient laws and lack of implementation of welfare policies. To top the list, the economic and political participation of women is almost negligible. The cultural and religious norms followed in Yemen state that ‘Women are supposed to stay at home’ and hence not much is done to improve their economic and political status. In 2008, an attempt was made to introduce 15% quota for women in the Yemeni parliament however this process was abandoned and thus there is no reservation for women in Yemeni parliament. Thus the overall low quality and status of women, low literacy rate, negligible economic and political participation has resulted in Yemen to be at the bottom of the Gender Gap Report.

It is a long way for countries like Yemen to go in order to close gender gap and improve the condition of women. It will not just need better laws but also social reforms and changing perspective of the society to treat men and women equally.

The opinions expressed in this article are of the writer.