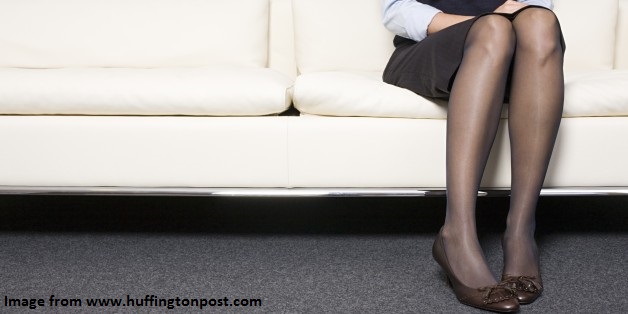 “There was a casting couch in his office. His office was all white. Behind the desk were his Oscars, and they were spotlighted very dramatically. And next to them were a series of shelves containing French perfumes and nylon stockings. For services rendered.”

The film industry is not always as glamorous as it appears to everyone that beholds it with awe. The industry that we all look up to, the fame that all of us envy, the stardom that makes us awestruck- it’s all at a superficial level, but deep within, when one penetrates into the industry its true colors become evident to the naked eye. We often use the term actors synonymously with glamour, fame and stardom but what is oft forgotten or remains unknown is what happens ‘behind the scenes’.

The casting couch, the casting couch syndrome or the casting couch mentality is the trading of sexual favours by an aspirant, apprentice, employee or any subordinate to a superior in return for entry into an occupation or for other career advancement within an organization. The term “casting couch” originated in the motion picture industry, with specific reference to couches in offices that could be used for sexual activities between casting directors or film producers and aspiring actors.

This happens not only in the Indian film or television industry but in the enticing glamorous industry throughout the world. The surprising fact is that it goes unreported with the intention of not maligning the actress’ fame or hamper their stardom and most importantly to keep up the standard of this fashionable industry that continues to be in a state of constant flux.

Every coin has two sides and so does Bollywood. It might appear as a very glamorous field but it also holds a darker side and this dark side shelters various stories of the casting couch. Filmmakers offering jobs to actresses in return of some sexual favor is not a new story in Bollywood.

What does it take to be a ‘movie-star’? Is talent enough or do they have to go the ‘extra-mile’ to get cast in a film? Does the casting couch guarantee a rocket-start to the aspirants’ acting career?

It is not easy to break into big-time Bollywood  if you are not born into a powerful and influential star family thus making it difficult for new entrants to develop connections and get themselves a ‘sugar-daddy’ in the business who will smoothen the ride to the top. The disappointing side of the story is that the stardom and glamour allures the new entrants making them desperate to reach the top and wanting a rocket-start for their career.

One of the famous Indian directors, Madhur Bhandarkar says that “casting couch is embedded in every field, not just the film industry. Our industry is being talked about because it’s in the limelight.”  Also, quoting him, he feels that everything in the industry happens with consent between two mature individuals.

Tamil film industry actress, Varalaxmi Sarathkumar, recently spoke up about the issue that prevails in the industry. She tweeted the issue stating that at a recent working meeting she had been propositioned by a programming head of a leading TV channel.The actress further stated that the women in this industry have accepted the fate of the ‘casting-couch’ After the revelation by this Tamil actress, her fellow actress has also spoken about the same issue helping bring buried stories to light.

Mamta Kulkarni, Chitrangada Singh, Tisca Chopra, and a few others did not fear revealing the truth. Shilpa Shinde, Payal Rohtagi, Tabu, Preeti Jain are also some of the actresses that have borne the brunt of this dark side that’s seen and experienced only by a few.

In this era, on one side we speak of women empowerment and their progress of women and on the other side, in the supposedly modern and developed world, the casting couch syndrome is leaving its imprints that discourage this empowerment. Under these circumstances, new entrants stand helpless under the clutches of men who hold the entry ticket for their career advancement in this volatile industry.

Fear of being harassed

Fear of not being offered any work

Fear of their new-found fame being maligned

Moreover, fear of having to live with all this in their heart and mind, but not being able to voice it out…