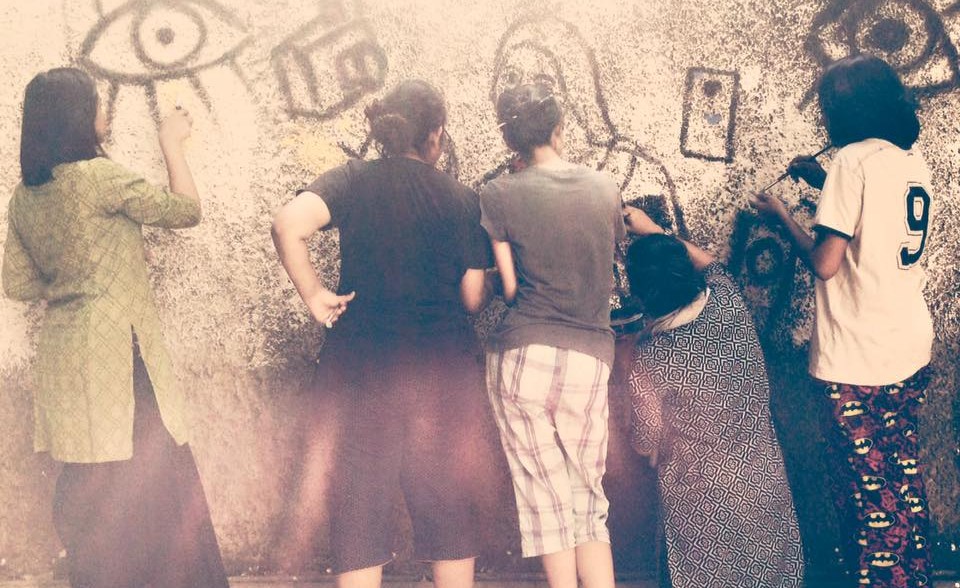 Safecity is participating in the 16 Days of Activism Campaign taking place from 25th November to 10th December, 2015 by facilitating various activities aimed at raising awareness about sexual violence in general and sexual violence in public spaces in particular. This activity was conducted as a part of the ‘Safecity: 16 Days of Activism against Gender Based Violence’ Campaign.

On December 6, 2015, Safecity was at Sophia College for Women to facilitate an art workshop and address gender based violence through Wall Murals with 16 students of the Students for Social Reform Initiative – SSRI Club and Jai Ranjit, a fabulous artist who helped our ideas come to life on the walls.

We began with a workshop on sexual violence in public spaces and spoke about our experiences and experiences of people we knew. This discussion lay the groundwork for the ideas that were to come for the mural and the participants were very enthusiastic about coming up with concepts for the wall! 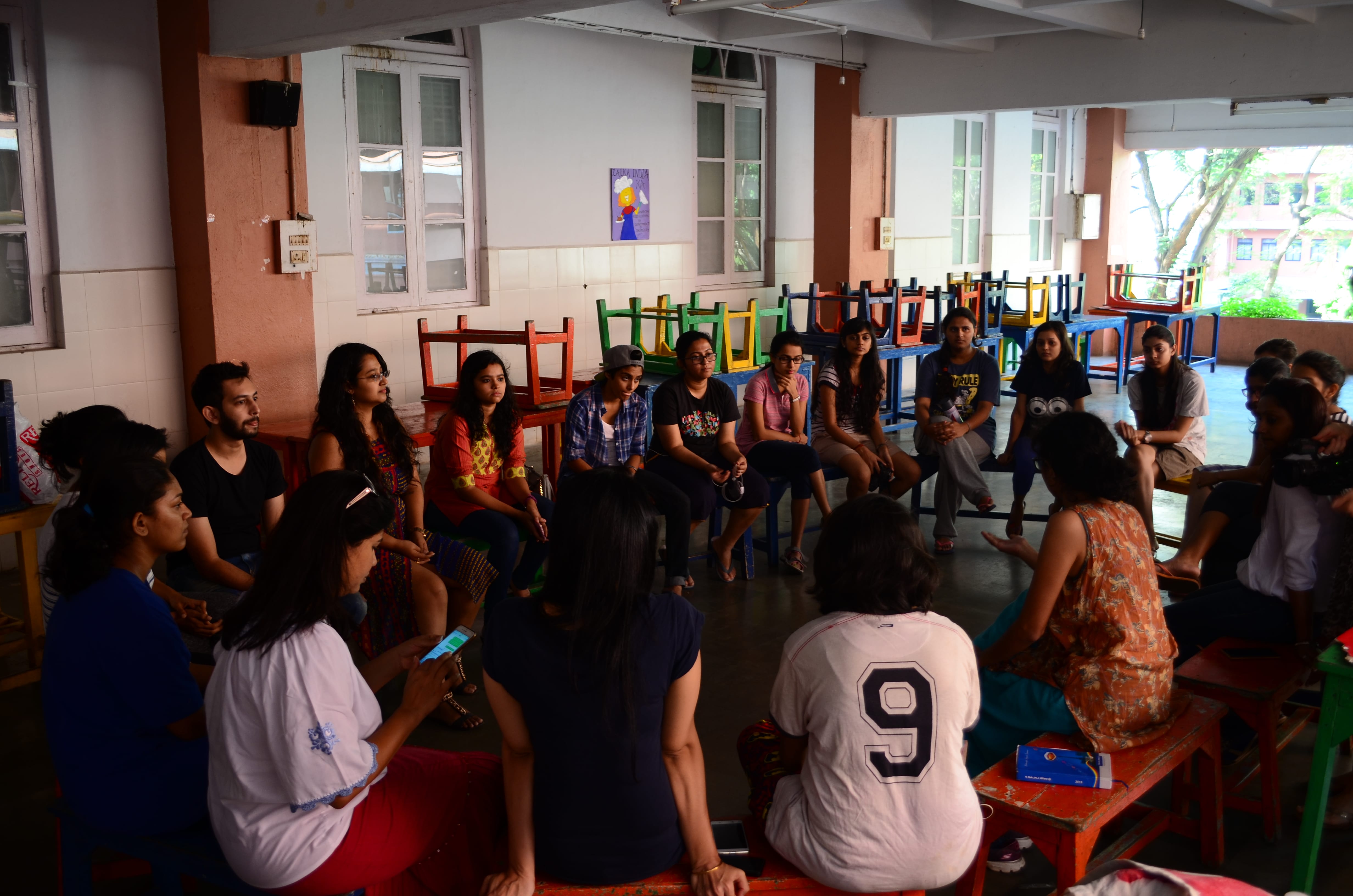 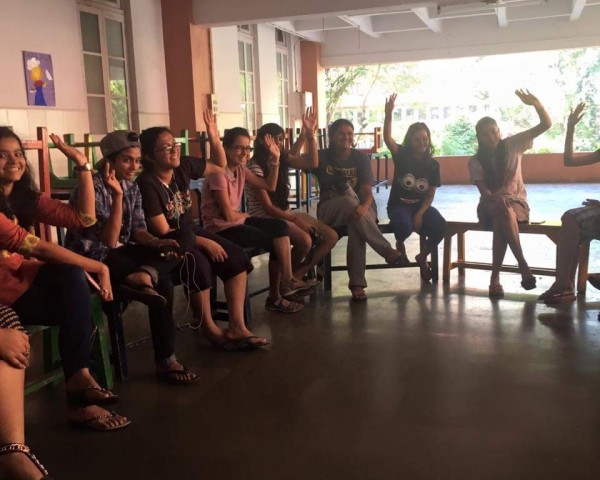 After a useful session by Jai on using art as a medium for bringing change, 3 small groups of 5 participants each were formed. All the groups were tasked with designing one concept for the wall. The Safecity team and Jai were spending time with each group listening to their ideas while Jai helped them draw a rough sketch of their idea. 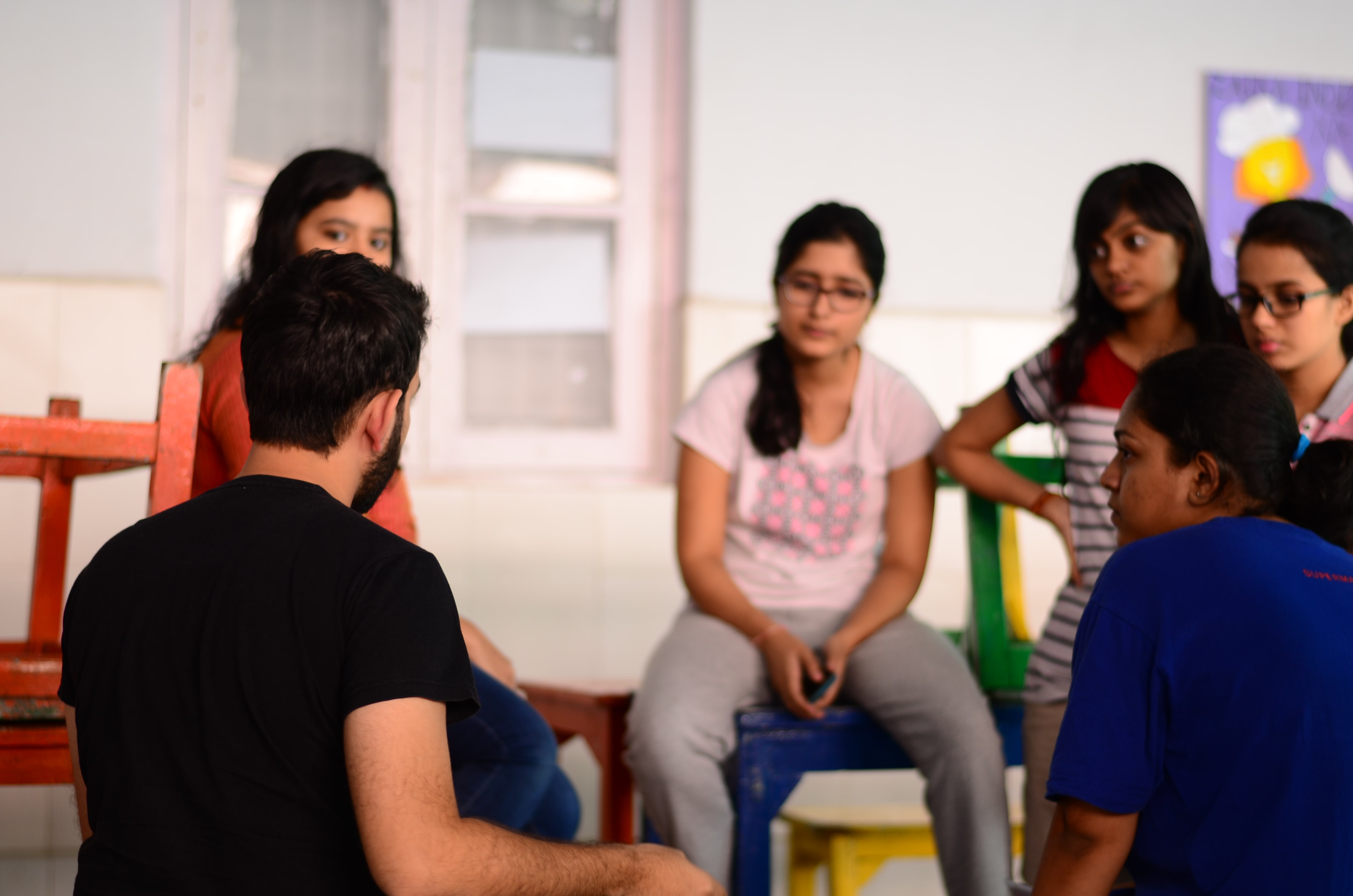 Once the ideation was done, we headed out to the lane where the wall was and did a quick white wash over the earlier coat we had done two days before the workshop. And then we began painting the outline! 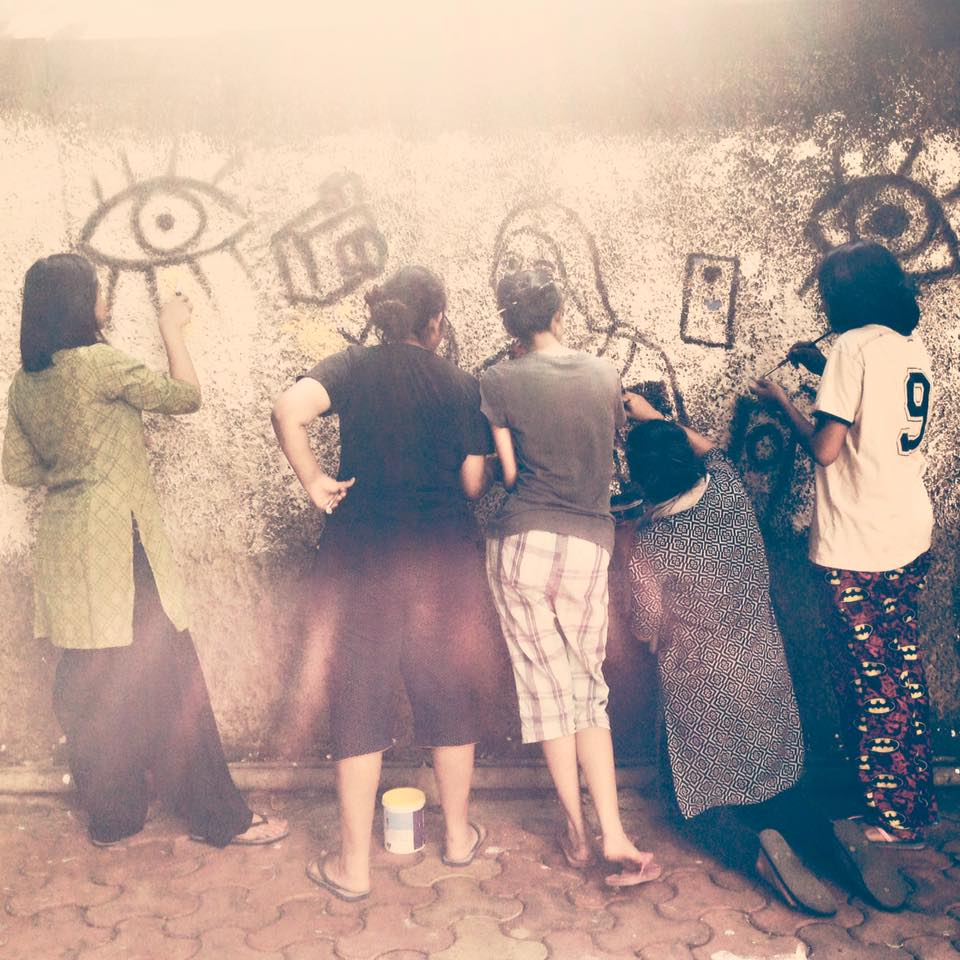 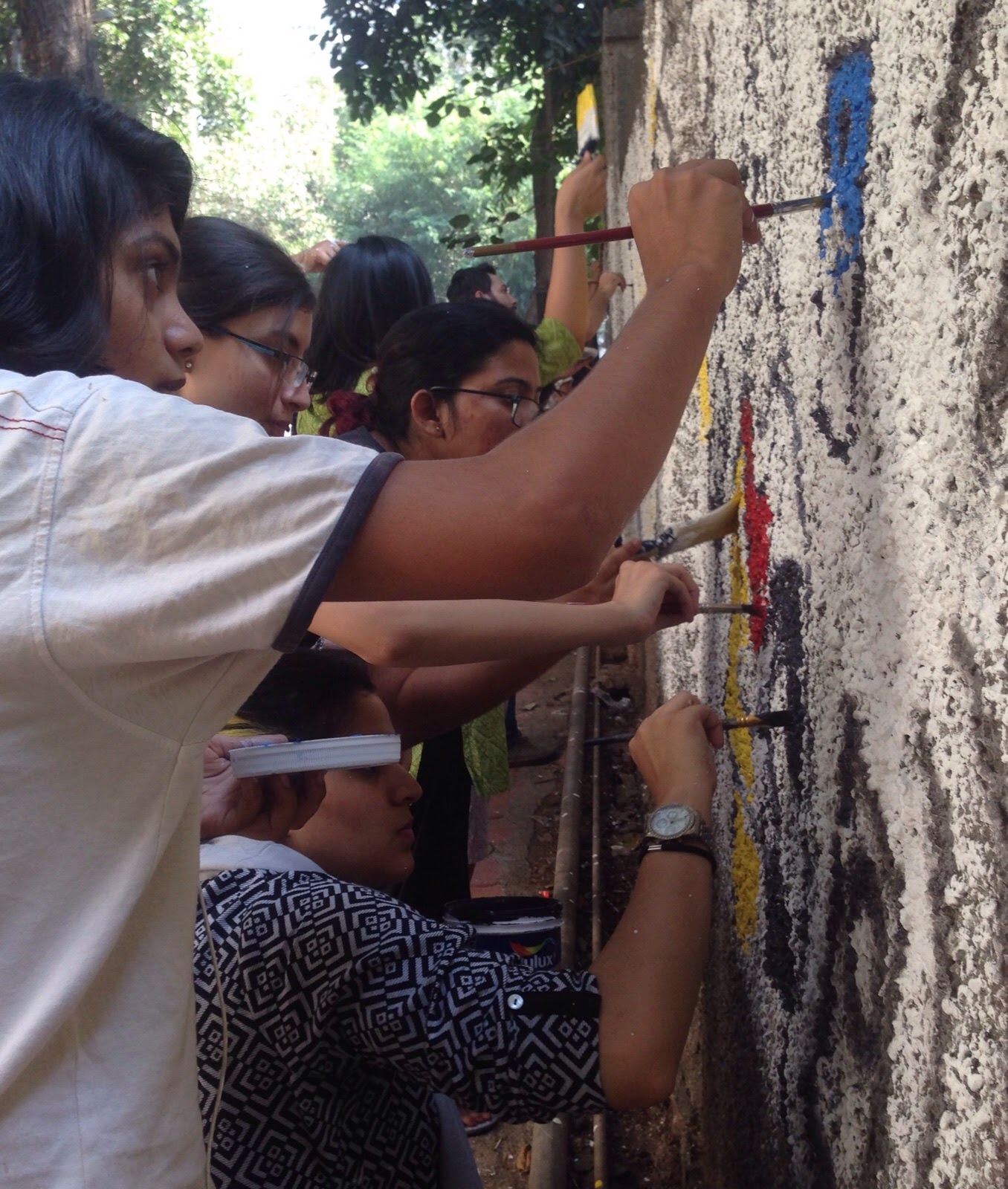 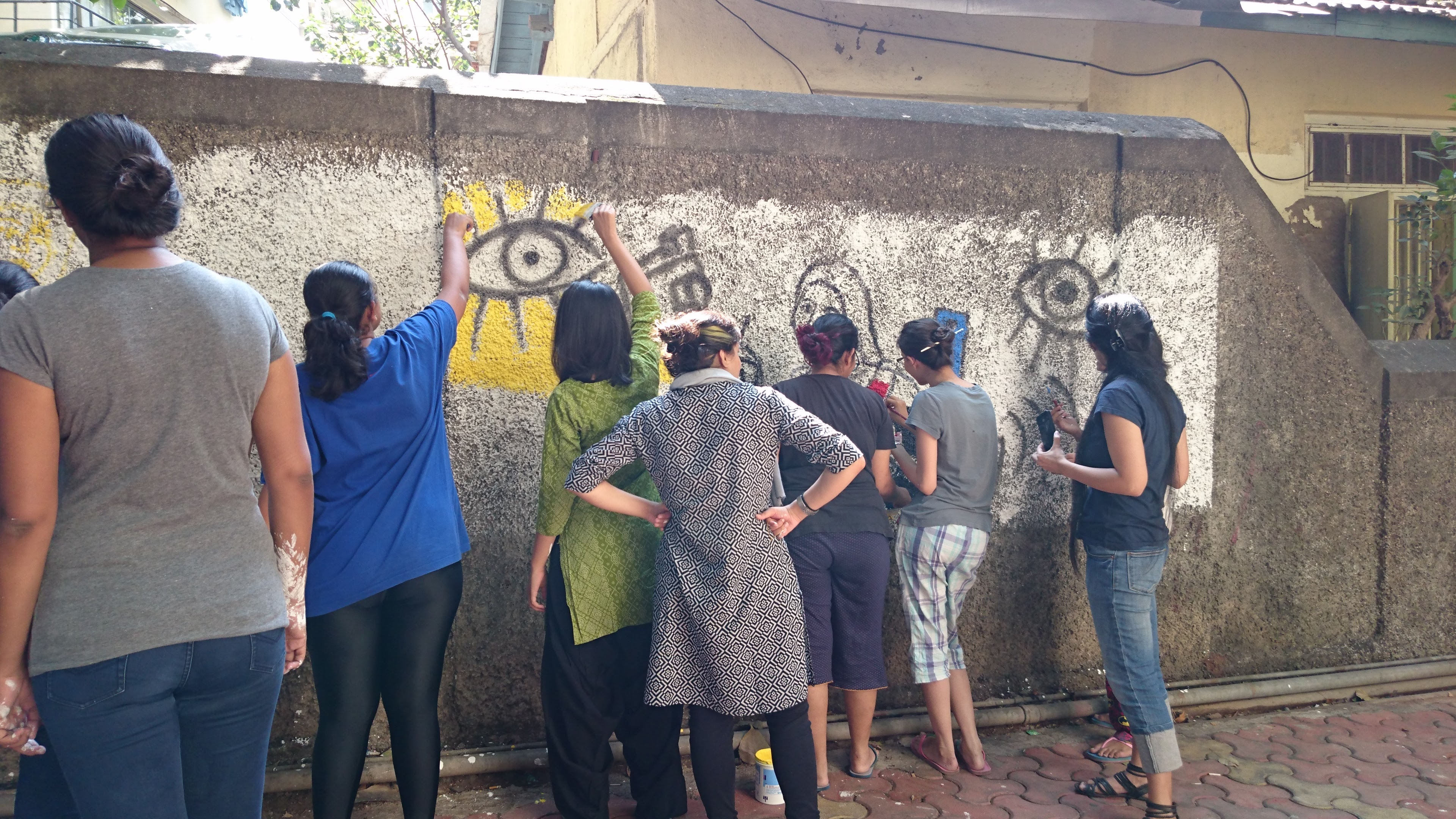 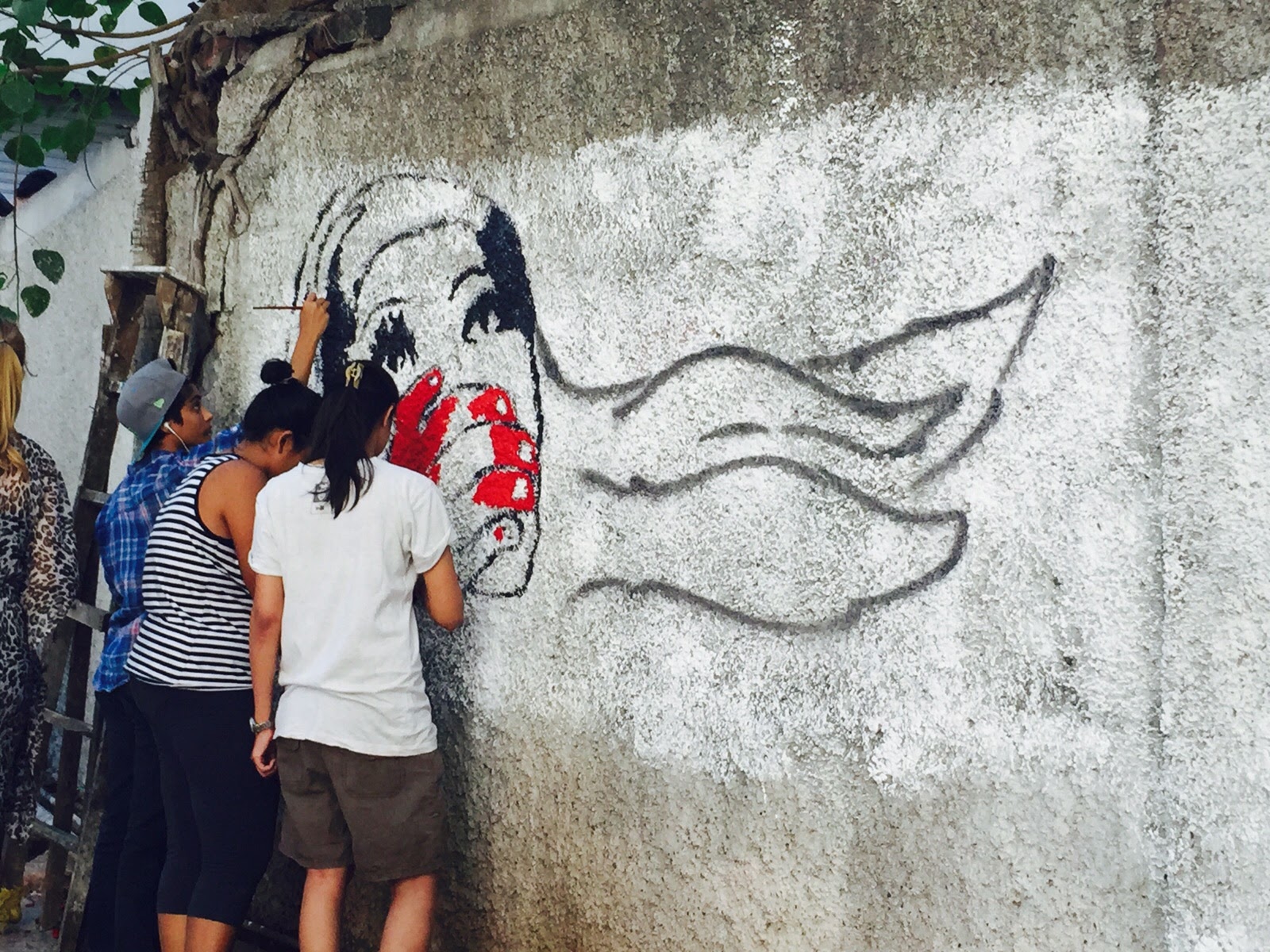 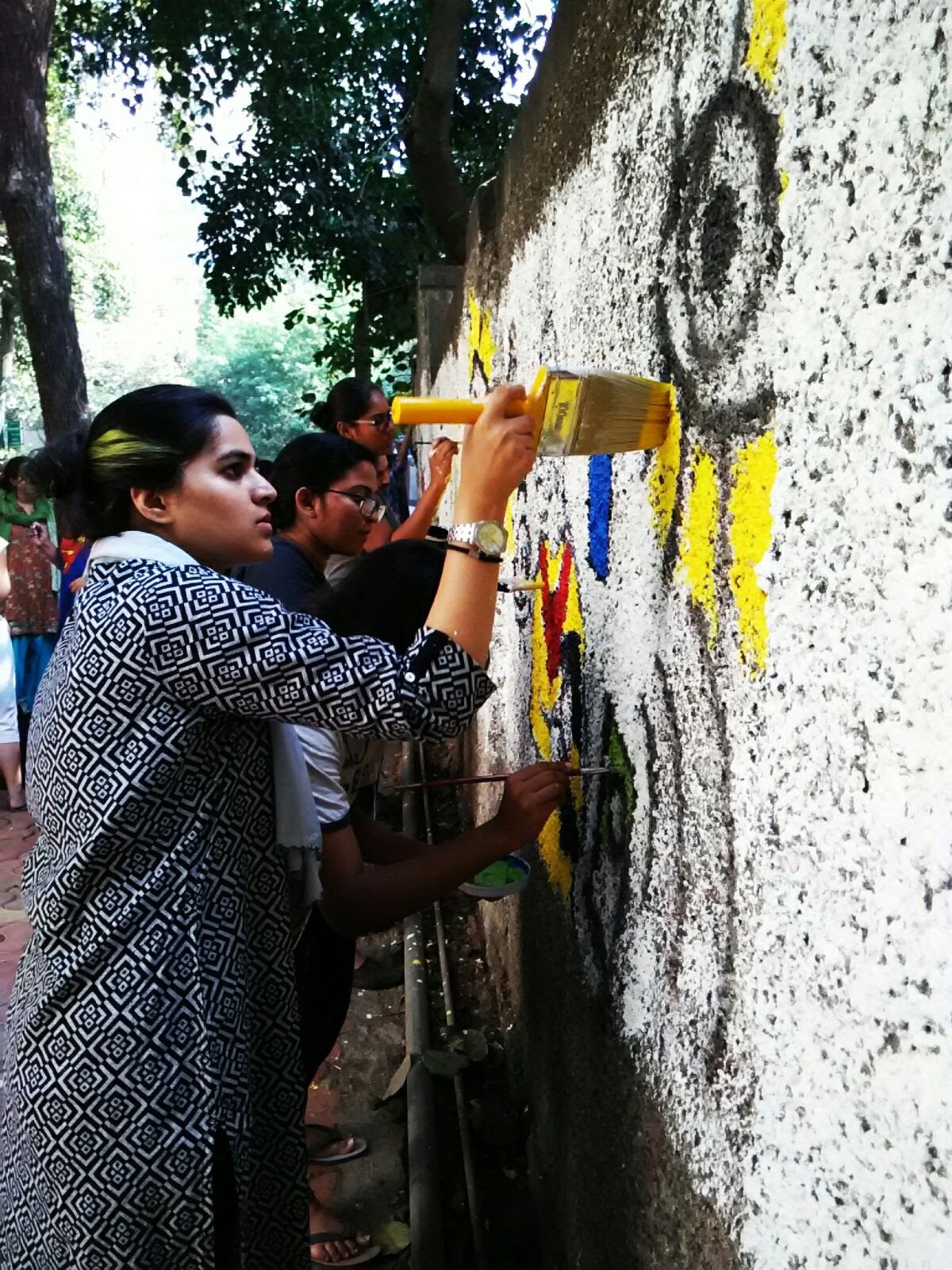 And after being at it for a few hours, we were done!

This was our first art workshop and mural in Mumbai and we would like to thank SSRI – Sophia College for being such enthusiastic participants and Jai Ranjit for taking out time to help us with this ambitious project.

Malin Mendel Westberg, a Journalist from Swedish TV filmed our Sophia wall mural and interviewed our participants as well as our Cofounder and Managing Director Elsa D’silva. Check out the show here, our story appears at around 32 minutes.

Check out the making of our #TalkingWall on Jai’s YouTube Channel where he vlogged a very special video of this project and interviewed the Safecity Team as well.