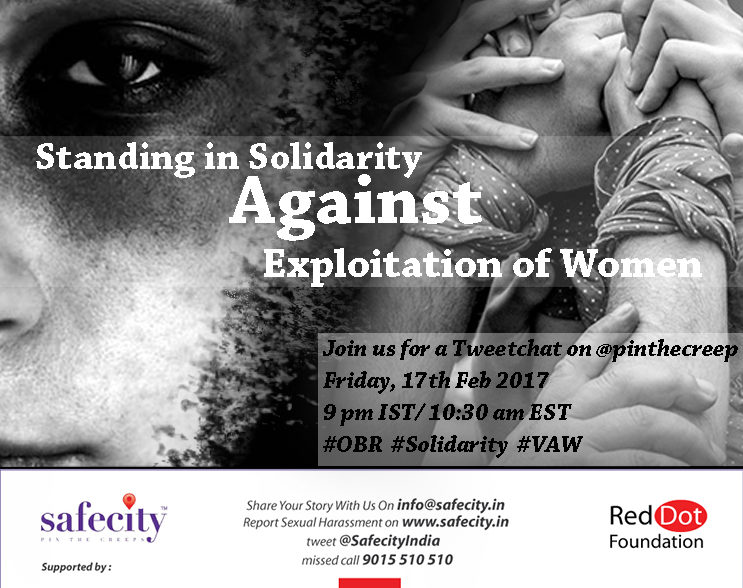 Safecity Tweetchats, Sustainable Development Goals
Comments are off for this post

On 17th February, 2017 students of Jai Hind College doing Women Studies who volunteered for Safecity as a part of their graded project conducted a TweetChat on ‘Standing in Solidarity against Exploitation of Women’. The chat began by discussing the various forms in which women face exploitation. Many people also shared their views on whether exploitation has physical and psychological repercussion or not. Participants also shared the reasons why they felt some women hesitate to report or raise their voices against exploitation and contributed solutions to increase reporting and ways of countering the exploitation of women. Examples about women standing against exploitation in solidarity were also taken in account. Bringing the chat to a close, each participant shared what they could do on an individual basis to reduce exploitation. This TweetChat was conducted as a part of One Billion Rising.

A TweetChat with @pinthecreep on #OBR #Solidarity #VAW