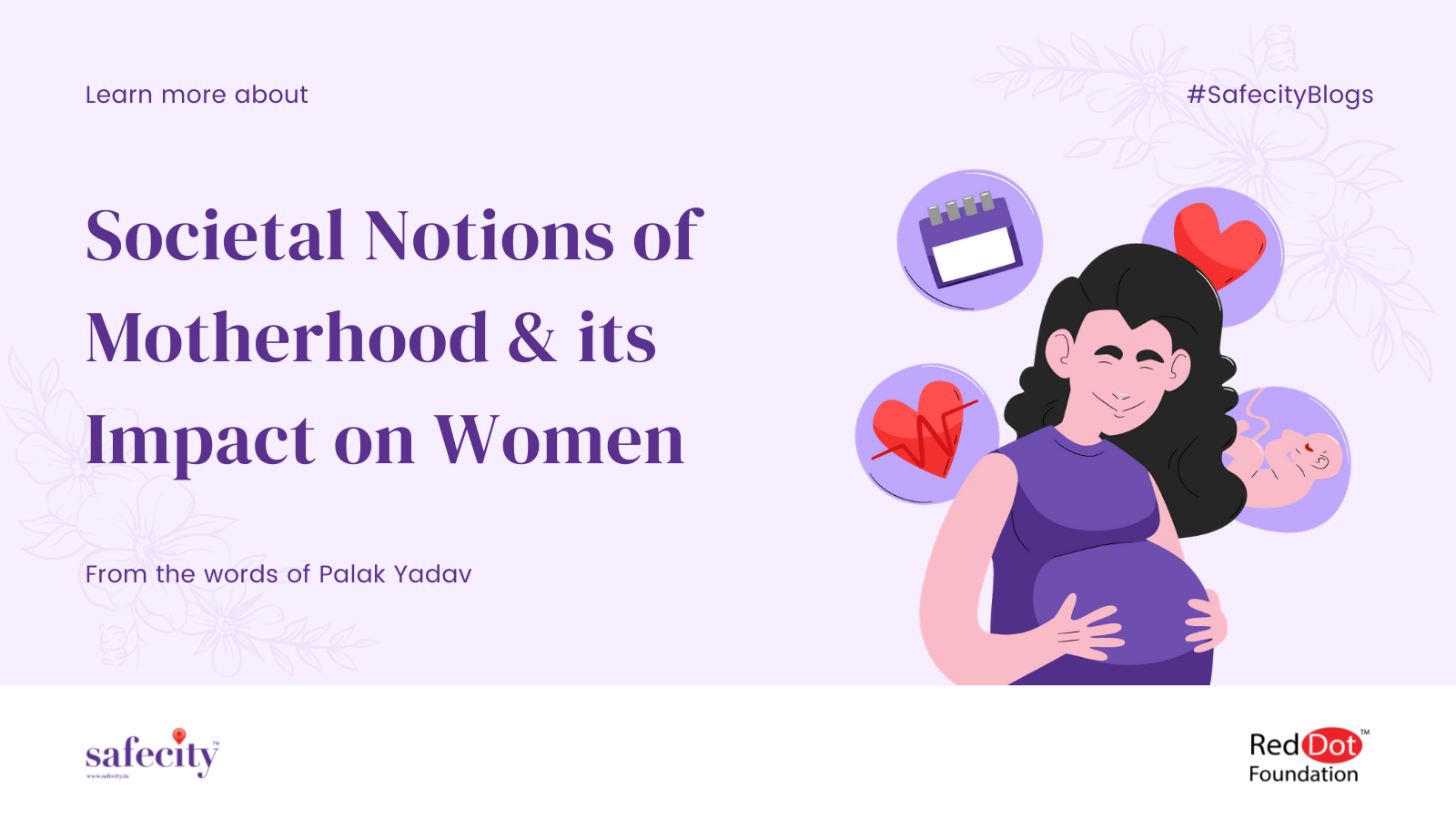 Safecity, Safecity Blogs
Comments are off for this post

The experience of childbearing is often described as amazing and joyous, going as far as labeling it the heyday for women. It is of course a moment of elation to finally see their baby, after carrying the child for nine months in their womb.  While the prospect of being a new mother is glorified by literature and media, most often it is far from it. Taking care of a baby, especially a newborn one is strenuous work, given that babies are even more demanding than a full-time corporate job.

Also, women have to fit into the role of being a mother, i.e., to make changes in their lifestyle according to their baby’s needs combined with what society expects them to do. They have to act in a ‘motherly’ manner and only indulge in activities that are appropriate for a mother. They not only have to feed and change diapers but also have to wake up at night hours to shush the baby from crying, or else they’ll wake all the other members of the family. It is a very tough and stressful job but on the contrary, it is always portrayed as a blissful experience for women. Such unrealistic standards often end up taking a toll on their mental health. According to WHO, worldwide about 10% of pregnant women and 13% of women who have just given birth, experience a mental disorder, mainly depression. In developing countries, the figures are even higher, i.e., 15.6% during pregnancy and 19.8% after childbirth.

An article published by NDTV reported the findings of a survey conducted by The Associated Chambers of Commerce. It stated that about one-fourth of the total new mothers quit their jobs to raise their children. The biggest difficulty for such women is to get their careers back. There is a certain standard that one has to maintain to be a good mother. Society has conditioned them into thinking that a caring mother has to spend all her time with her children.

Firstly, most companies are not family-friendly and even when women accept to work with this structural barrier, our society grabs every opportunity to patronize them, simply because they value their careers.

And for the few of them who somehow manage to restart their career, balancing domestic and professional duties is not easy work as they have to deal with the increased responsibilities of being a ‘good mother’ and a ‘good employee’. As mothers have a more important role to play in childcare, the professional life of women is more affected than that of men.  They have to cook, clean and see to the emotional or other needs of family members along with fulfilling their work duties. Many women struggle to maintain a balance between the two and are often advised to leave their jobs to pay attention to their families. Those who are able to manage are labeled as ‘super moms’ and little consideration is given to the fact that they hardly get time for themselves. That they rarely get time to pursue their interests, develop a hobby, or do something that gives them happiness.

Societal pressure makes them constantly question themselves whether they are adequate mothers and wives or not. Burdened by pressure many succumb to it and end up living a desolated life. To care for their family, they give up their dreams and their only hope is to live those unfulfilled dreams vicariously through their children.

Being parents, both mothers and fathers have a lot of responsibilities, it is just that years of patriarchy makes the situation skewed for women. Many fathers share the load of the household chores and are supportive of their partners if they wish to work. Thus, helping in reducing the burden on women.

Big kudos to all the supportive partners and family members due to which working mothers get to be happy to return home after work.

Let us try to create an environment in the society where a mother never feels overwhelmed to choose between family and career. And also thank the parents for always being there for us along with encouraging both our mothers and fathers to live a little for themselves too.