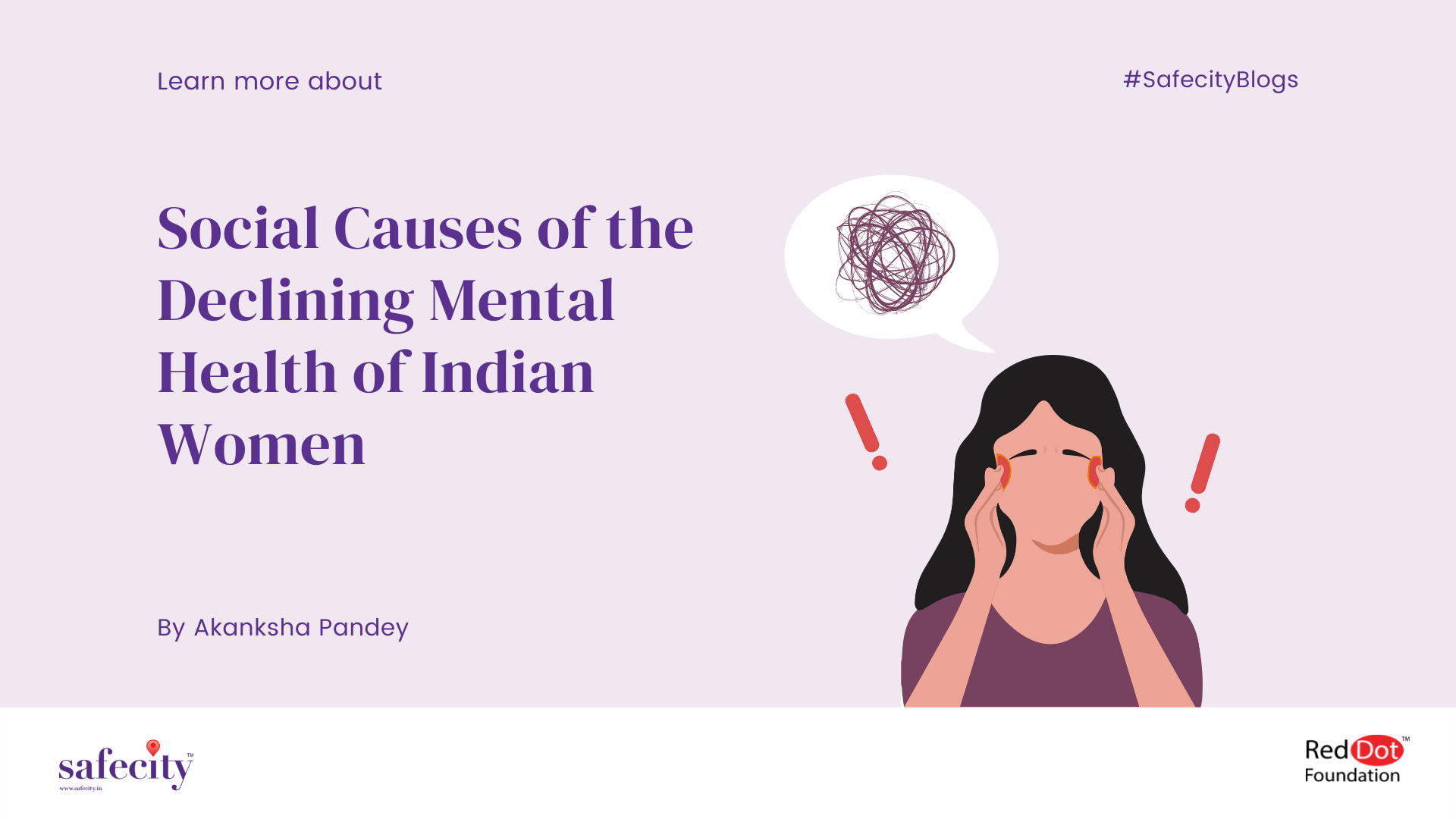 ‘She whose bodily humours are in balance, appetite is good, all tissues of the body and all natural urges are functioning properly and whose body, mind and spirit (self) are jubilant/blissful, is the picture of health.’

Mental health is an indispensable aspect of an individual’s holistic health profile. No matter how physically sound we are, an enervated mind could conveniently counterpoise an otherwise robust physique.

Unfortunately, the popular discourse concerning ‘health’ has been remarkably myopic in its definition of what essentially constitutes health, blatantly disparaging attempts at addressing mental wellness. As per research published in the Psychiatric Times, such conversations find themselves particularly muffled in lower and middle-income countries where any conceivable manifestation of an ailing mind is deliberately perceived to be “mania” owing to deeply entrenched stigmatization of the subject and minimal sensitization of the masses to the issue. Additionally, institutional lacunae coupled with inadequate budget allocation also mar efforts in the direction.

In India for instance, out of a budget of Rs 597 crore earmarked for mental health care, only Rs 40 crore was allocated to the National Mental Health programme, an initiative primarily aimed at ensuring universal access to quality mental healthcare. And like every other province under the sun, the appalling status quo is further compounded as women fare much worse across the relevant parameters.

According to an article authored by Dr Savita Malhotra and Ruchita Shah, gender constitutes a significant determinant of one’s mental health. It substantially impacts the age of onset of symptoms, frequency of psychotic symptoms and long-term ramifications of severe mental disorders. Patently discriminatory and toxic social standards skewed excessively in favour of men also contribute to a higher incidence of mental health issues witnessed among women in India. Men are usually absolved of domestic responsibilities while conventions expect women to juggle both their familial and professional obligations, ideally prioritizing the former over the latter. Also, with the growing participation of women in the labour force, the cumulative professional and personal pressures take a toll on their mental health. As per reports cited in the Indian Journal of Psychiatry, 75% of working women are afflicted with depression or general anxiety disorder owing to the excessively unyielding corporate culture.

During the first four months of the lockdown (late March-July 2020) imposed to curtail the novel coronavirus pandemic, an unusual spurt in the cases of domestic violence was registered as Indian women filed more complaints than ever recorded in a similar period in the last 10 years. According to data released by the National Crime Records Bureau of India in 2014, 26 crimes against women were reported every hour in the country. A disconcerting prevalence of victim-blaming often dissuades many women from overtly reaching out for assistance and rehabilitation which has grave psychological repercussions as they are relentlessly made to feel the scapegoat of their own plight. Not surprisingly, an insensate society where the eyes of scrutiny perennially linger on the woman foments a self-deprecatory and self-effacing attitude in them, as they are compelled to lead suboptimal lives.

According to a study published in the Indian Journal of Psychiatry, women and men differ significantly in their responses to external stimuli, interpersonal communication and exhibition of emotions while conforming to the rigidly ascribed behavioural and personal attributes to either gender. These defining features determine their peculiar susceptibility to various mental disorders. For instance, symptoms of unipolar depression, anxiety and unspecified psychological distress are 2-3 times more frequent among women than men. While a reproductive hormonal imbalance may account for the enhanced vulnerability of women to depression, it is substantially anchored in the inherent social disadvantage that women experience merely for being women.

Statistically speaking, women outnumber men in completed suicides in India. According to research published in The Lancet Public Health magazine, Indian women constitute nearly 37% of global female suicides despite accounting for merely 18% of the total female population. A considerable proportion of the suicides reported involved educated, middle class, professional women. Although this counterintuitive prevalence could be attributed to better reporting in urban regions as opposed to a greater incidence, Dr Johnson Thomas, director of Aasra (a Mumbai based suicide prevention hotline) contends that this enhanced proclivity to self-harm could be steeped in an ever-enlarging dichotomy between the soaring aspirations of women as they leverage economic opportunities engendered by globalization and an equally adamantine social structure that impedes their path to self-actualization. A hostile ambience of this sort could potentially nurture copious triggers of depression, for instance, unfulfilled expectations, sexual harassment, bullying especially cyberbullying etc. that eventuate in the victim either claiming or attempting to claim her own life.

Additionally, post-marital adjustment issues also have severe psychological implications for women. Families in India normally expect the female spouse to acclimatize instantaneously to the domestic conventions of her in-laws with minimal acknowledgement of the baffling identity crisis that a woman might undergo as she reconciles herself to the dramatic transition. This is validated by the 2011 census reports demonstrating that of the total migrants relocating because of marriage within the country, a whopping 97% were women. The inevitable sense of uprootedness that ensues is rarely afforded adequate space in the mainstream narrative. According to another analysis published in the Indian Journal of Psychiatry, women also have the greatest risk for developing depressive disorders during childbearing years. According to an article published in the Archives of Women’s Mental Health, depression during pregnancy is anchored usually in poor prenatal care, inadequate nutrition, a greater incidence of preterm deliveries and an elevated risk of postpartum depression. Many women often struggle to keep a positive body image during and after pregnancy which only exacerbates the torrid hormonal changes already affecting their bodies. Pregnant women persistently evaluate their appearance during pregnancy on their pre-pregnancy bodily parameters, igniting a sense of self-disgruntlement. These outrageous expectations could also be traced back to the popular depiction of pregnant women in mainstream media as perennially joyous women with beaming faces.

In view of the aforementioned observations, it is imperative that conversations concerning mental health are stimulated across social spaces to denude it of its associated taboos, adequate budget allocation is ensured to bolster the programmes aimed at addressing the issue, the comprehensive modus operandi is shifted from curative treatment to preventive intervention by encouraging popular participation in mental health screening camps. Ensuring seamless accessibility of law and order recourse to women and facilitating the rehabilitation of survivors of domestic and sexual abuse could go a long way in augmenting the overall mental health of Indian women.