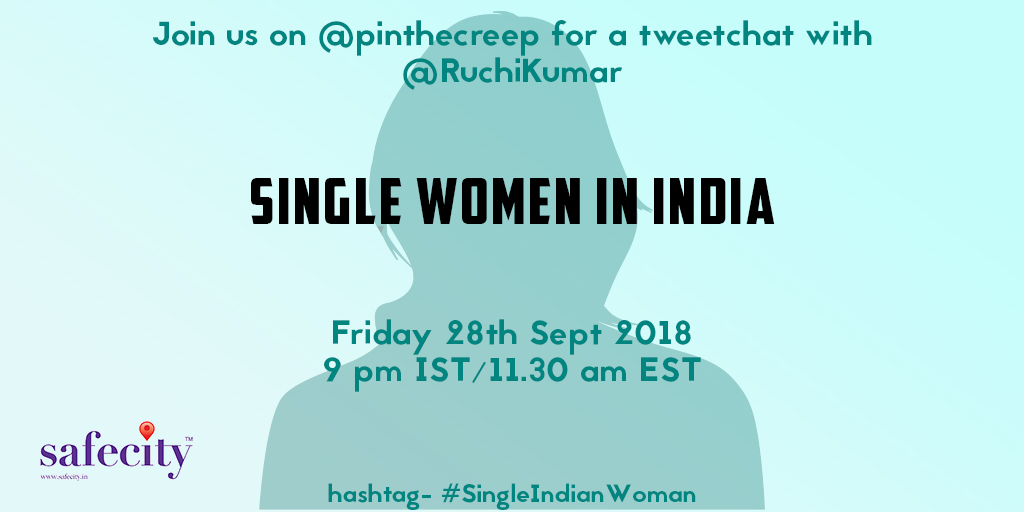 The chat began by asking the participants the everyday issues single women in India face–at workplace, travelling, renting an apartment etc and what are the various challenges of dealing with unwanted advances from colleagues/strangers. She also asked them about whether being single in the corporate world, if women in positions of leadership, often get undermined. With the help of an example she explained that single women’s assertiveness is chalked up as sexual frustration rather than success drive. Taking the discussion further she also asked the audience about the challenges of being a single mother in India. Bringing the chat to a close, she stated- Being single is not the problem, being isolated/targeted for it is. The chat ended asking the participants for suggestions on how we can change the dialogue/vocabulary/ rhetoric surrounding single women.

A tweetchat by Ruchi!