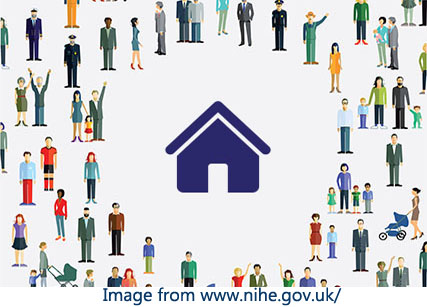 I have always thought of Mumbai as a really progressive city because of the way people are accepting towards different perspectives of life. Coming from a city like Kolkata, where just by the attire a woman chooses to wear or by the way she wishes to deal with an issue people judge her.  Mumbai seemed to me the perfect place to breathe freely. But it never occurred to me- that all that glitters is not gold.

The existence of hypocrisy at its peak has been rampant for women everywhere we wish to go. Mumbai, being an overpopulated city, the problem of housing is a major issue which continues to persist. Besides that, the issue of discriminatory approach towards housing was what struck me.

If we have Article 14 which states the right to equality for all the citizens of India, then why do women have to constantly fight for their rights for the decisions they take? Article 21 covers in depth the various inner aspects of the right to life, namely right to privacy and the freedom to make one’s choices. But patriarchy has blinded society to such a great extent that despite the introduction of new amendments or their existence in the Constitution, they cannot digest the fact that women also constitute a major part of the population and equally have the freedom of choice to make informed decisions about their life.

Society tends to create a nuisance for small issues which involve women making independent decisions and so gender has taken the form of a massive concern. One of the main issues with regard to single women housing is that of a woman who chooses to stay on her own in an apartment or if she has guests coming over. If they are of the opposite sex people assume at once that the woman is running a brothel and then she will be ‘slut-shamed’ and inflicted restrictions upon. This seems like society has laid down a charter setting out its own rules of morality  specifically for women in the disguise of  ‘concerns’ for their safety.

My experience of house hunting in Mumbai has been a depressing phase of my life. Mumbai seemed to me a happy-go-lucky city but actually when I went into the depths of this city, only then did I realise gender bias exists everywhere in society. Within a month of my arrival in Mumbai I learned that though Mumbai is a melting pot of traditional and western ideologies, somewhere deep inside people still hold fast onto obsolete ideas about women.

Initially, I was not comfortable with the idea of staying with roommates because of my past experiences of dealing with unreliable people. Though my parents disapproved the idea of me living alone, I was determined and so I went house hunting totally ignorant of the various facets of society I would get to see.

The first house which I found on Charni Road was quite impressive, luckily within my stipulated budget and also not far away from my college. As the house covered all my requirements I agreed to take it. Then reality hit me hard! The landlord laid out his own book of rules and restrictions which I had to abide by being a woman. Some of those being-“No entry of male friends after 11 pm, no late night parties and even no overnight staying of friends in the apartment.” All such restrictions came as a blow to me. I was feeling suffocated by the thought of so many restrictions curbing my freedom. So, I decided to back off and search for alternatives.

After a line of similar heartbreaks, I finally managed to find a place in Lower Parel which promised me my peace of mind without any nonsensical restrictions or rules for being a woman.

Mumbai is known as a liberal city. It is welcoming to people belonging to diverse backgrounds, faiths, eating habits and personal choices until an unmarried woman seeks to move in on her own. It is indeed a sad reality that despite constantly preaching about gender equality we have to come across such archaic stereotypes. Single working women facing irregular work hours, especially media professionals, have a tough time. My endless love for this city eventually took a negative turn after coming into contact with the harsh reality of a so-called modern society. The mindset of the people needs to change regarding women. Humiliating them unnecessarily will only lead to weakening of the social fabric and when by law, everyone has a right to make informed choices and live a life of their preferences, there is no reason to heavily impose such rules especially on women, thus eroding the multi-cultural nature of the city.