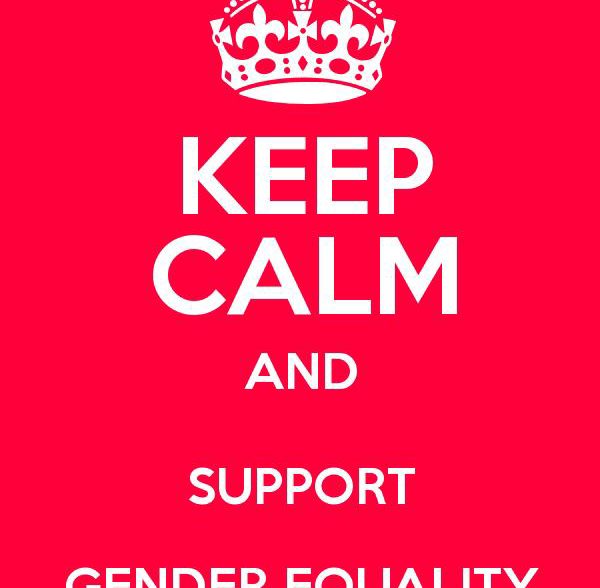 Simple Things You Can Do To Support Gender Equality

Gender equality means that men and women, boys and girls enjoy the same rights, resources, opportunities and protection. In order to achieve an overall development of a state or country it is important for them to be gender neutral. On a global or wider platform gender equality can be achieved by abolishing unfair practices against women in less developed countries, educating women and girls, providing equal economic and political opportunities, etc.

However, we as individuals can also make a difference by doing our part right in everyday scenarios-

Sharing the workload at home is the first step towards demolishing inequality. Husbands should contribute equally to the household and help ease the strain of workload on the wife. Encourage your son to help your daughter with their share of household work like laundry, cleaning the house, fetching groceries, etc. Break the stereotype that girls should cook and boys should play by motivating your son to help his mother with cooking and encouraging your daughter to take up sports.

Even in this era, the film industry is dominated with movies where a man who is well-built, has no deformities struggles with the society and wins the battle while the woman supports him in the side-line as his wife. Media has a great impact on the minds of the masses. Hence, it is necessary to create and support content with women in lead roles, where they are represented as strong and confident heroes themselves rather than just a frail and vulnerable girl who needs a hero.

Most of the parent-teacher conferences are often attended by the mother of the child. Even if she is a working woman, she is expected to take out time from her job and cater to her child’s need. Being an active father and participating regularly in your child’s life is one of the little things you can do to ensure gender equality in your own household. The child grows up to see both his parents playing an active role and will take up that habit when he becomes a parent too.

Boys are given footballs, and girls are given Barbie dolls. The walls of a boy’s room are painted blue and that of girls are painted pink. We impose such stereotypes on the children right from the beginning, boys are told to play outside with their sports kit and girls are told to stay indoors to host tiny tea-parties with their dolls. It is important for parents to give their children the choice of toys they want to play with and the color they want to pick as their favorite. This will help in breaking gender stereotypes right from the childhood.

When it comes to role models, we often think about a man who has achieved great heights of success in his life. Very few of us think or even know about the women who have conquered the business world with her skills. It is important to acknowledge and support such women as they set an example for women all over the world to reach their potential. Female role models can be anyone right from a business tycoon to your own mother. You will find hard-working women all around you; all you have to do is look!

From crowded areas to desolated lanes, public transport or private vehicles, street harassment happens everywhere. Women are vulnerable to such type of harassment on a daily basis. Sometimes they speak up against it, but other times they are mum mostly because they are shook or too afraid to say something. It is important for men to stand up against the offender and support the woman in need. If only people come together against such offenders, will the number of such instances decline.

Traditional practices like dowry is still prevalent even in the most urban parts of India. Dowry was responsible for 7621 deaths in India in 2016. There has been no substantial decrease in the number over the years. Grooms should stand against the practice of accepting dowry. Also the marriage expenses can be equally divided among the bride and groom’s family. This is an important step towards reducing violence against women and encouraging gender equality.

Economic empowerment of women in a country contributes majorly to gender equality. This is possible only when men and women are given equal pay for the same amount of work. In most of the organizations, women are paid considerably less than men for the same amount of work. If you are manager, you need to ensure that there is an equal pay policy in your organization. This will also boost the female employee’s morale and she will put even more effort in the job.

Political Empowerment is another important aspect that contributes towards gender equality. Political empowerment of women can be achieved when there is equal number of female candidates in both the houses of the parliament. Women should be encouraged to join politics. Even after they join politics, female candidates don’t get as much support as the male candidate because of backward thinking of the society or male ego. It is time we change our thinking and attitude about women leaders and give them adequate support to lead the country.

People are immensely active on social media. Several posts go viral in a matter of seconds and thus a single voice raised by a single person can be echoed by thousands. Use social media to create support groups or to stand for what you believe in. Start a campaign for gender equality and ask your friends and family to join in. Stand up against cyber bullying and report such instances. Encourage people to share their stories and show your support to such people. Social media is a very powerful tool, if used in the right manner it can send a very powerful message to the masses.