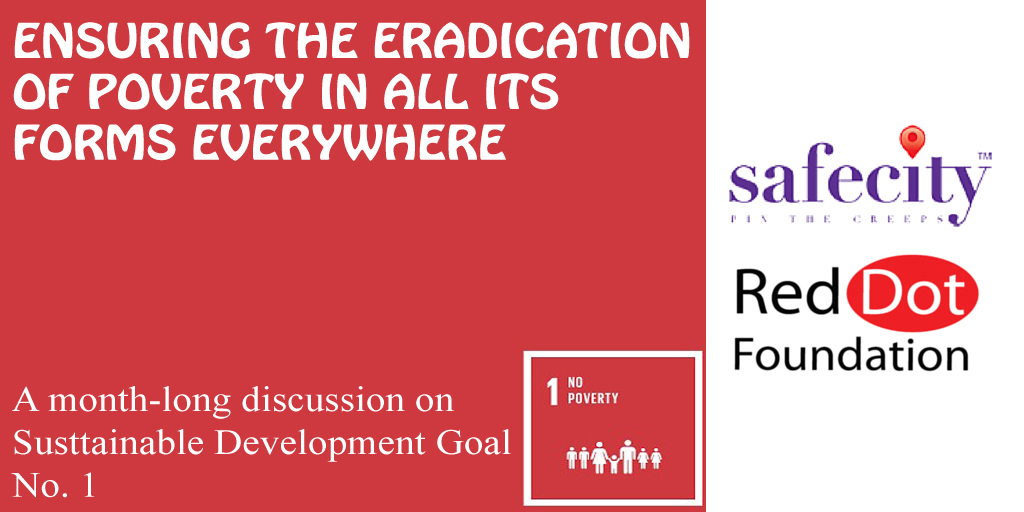 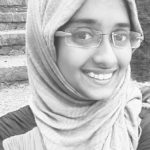 Shaziya Shaikh is a SyBMM student at St. Andrew’s College, Bandra. She is an aspiring journalist, and creative writer as well. She believes in improving oneself to become better and better in all stages of life and that life has a deeper meaning to everything, just because we cannot see it does not mean it doesn’t exist.

Poverty forms the background for the major problems of the human population and the world has been working towards it since a long time but with no specific targets.  With Sustainable Development Goals, we have set targets that we aim at achieving together. From women to young girls or even infants, females are the casualty and most vulnerable part of this patriarchal society that we are fighting against, therefore at Safecity we tried to understand the smallest to the biggest complications faced by women in poverty. While the world is taking a step forward towards ending poverty, we attempt at understanding different aspects and effects of women in poverty for better execution of the SDG 1.

CHAT1 :
Adya Singh, @adyasingh99 curated our twitter handle in the first week of November based on harassment of women in relation with poverty concerning SDG 1. The discussion went on about the different reasons behind it and ways to help women with it. 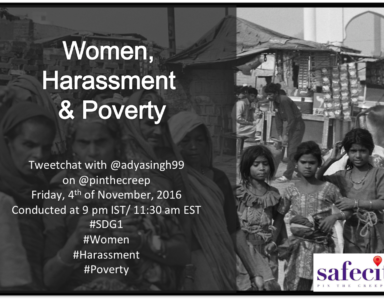 Chetna, @Chetna1806, conducted a TweetChat during the second week of November discussing the wage gap issue and breaking the glass ceiling factor in our Indian society. 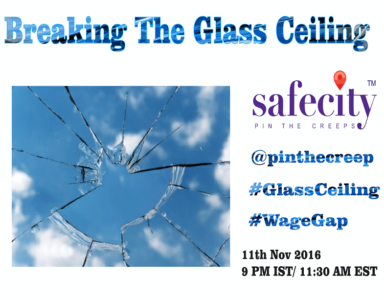 Anupama, @anupamaskapoor, founder of Reboot, @reboot_network, conducted a TweetChat during the third week of November, focussing on the ways to bring women from poverty to empowerment. The Delhi smog could not stay out of it with its possibly dangerous effects. Reema Prasanna, @ScrollsNInk curated our twitter handle conducting a TweetChat during the fourth week of November, throwing light on Women in Jail in regard with SDG 1. 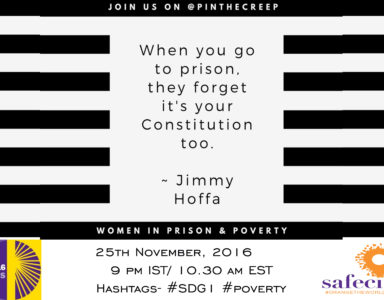