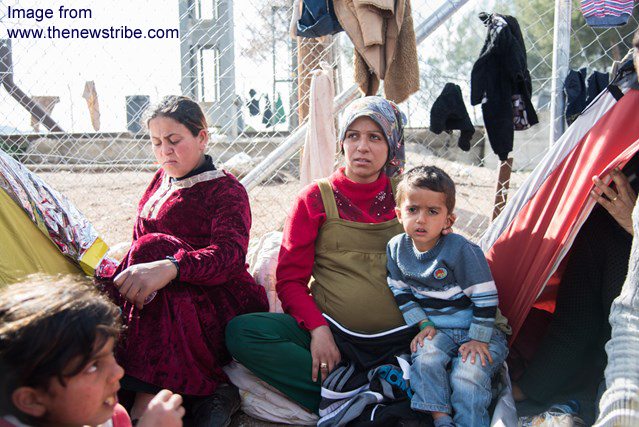 Safety of Women and Children Amidst Refugee Crises

Women, throughout the world face a few common problems, some visible to the human eye, while the rest remains unseen and unheard of. One of the issues that go unnoticed is that of safety of women and children amidst refugee crisis. In a world dominated by men, WOMEN are seen as an OBJECT of vulnerability and fragility and with it the issue of their safety comes to light.

Refugees would mean the involuntary movement of large groups of displaced persons due to inevitable conditions, internally displaced persons or other migrants. The problems associated with these refugees, more particularly women and children are very unique and critical. They serve as a miniature model of victimization and poverty stricken societies, but the problems that plague their development and safety are of universal nature. What often characterizes a refugee camp is lack in social order, boredom, unsafe environment and unhealthy sanitation facilities.

The concerns of women and children in refugee camps though few in number, are of primary concern but still fail to come to light and thus remain unaddressed. It is not unknown that women and children are hit the hardest when it comes to a poverty-stricken life in a refugee camp and their predicament lies in that fact that their life is uncertain, unsafe and fearful.

The primary concerns for women in a refugee camp are issues such as discrimination, human trafficking, sexual violence and maternal and reproductive health problems. Rape is used a weapon to shatter and demoralize the already broken inner-self of women refugees which often stigmatizes them and leaves them physically, mentally and emotionally collapsed.

The health concerns of women range from dehydration to high fevers and diarrhoea. In the broad spectrum it includes gender based violence and maternal health. These issues in a refugee camp are multiplied ten-fold due to the surrounding environment, unhealthy sanitation facilities, poor drinking water and improper meals, lack of access to healthcare facilities and high population density in the camps and most importantly their LACK OF IDENTITY which is further compounded by the unconcerned and callous attitude of the society.

The major issue that women face is that of their reproductive health which often falls to the bottom of the list of priorities because of the lack of access to healthcare facilities. Due to the lack in basic healthcare facilities women often give birth in the absence of a trained staff which gives rise to further complications risking the life of both, the mother and the child.

Displacement, loss of community structures, being up-rooted, the need to exchange sex for material goods or protection all lead to distinct forms of violence, particularly of a sexual nature, which make their life in camps more vulnerable. These cruelties against women often go unreported as sexual violence is considered a taboo in most cultures and even if they have the courage to fight back they do not have anyone to fall back on in the refugee camps.

Moving onto children, nearly half of the thirty four million people with whom the United Nations Refugee Agency is concerned are children and they are the most neglected and adversely affected among refugees. The United Nations has indicated five major issues of primary importance concerning children: sexual exploitation and abuse, separation, military recruitment, adolescent specific concerns and education.

Under the ambit of sexual exploitation and abuse comes teen pregnancy, infection with sexually transmitted diseases like HIV/AIDS and harmful traditional practices such as genital mutilation. The onus to protect such children lies on the refugee community, the host country and other humanitarian organizations.

Separation from their families and home country is a major issue which has a lasting psychological impact on the child which severely affects their growth and development. These separated children are at a higher risk of being forcefully recruited by the military forces and are made to fight as child soldiers alongside adult soldiers. Other duties like cooking, delivering messages or cleaning is also performed by the refugee children.

To mitigate the side-effects of this issue, education should be made available to the children in the camps in addition to humanitarian behaviour as it is understood that children in schools are at a decreased risk of recruitment by the military, sexual violence, HIV/AIDS transmission, and crime and drug abuse. The structure of education amidst refugee camps provides a psychological sense of normalcy thus reducing the tediousness for an innocent mindset. Also healthcare facilities should be made available for both women and children especially taking care of their reproductive health.

Safety in Refugee Camps is not guaranteed especially for women and children.  Instead of safeguarding them, they are showed cruel weapons of rape, sexual abuse, genital mutilation, drug abuse, and food deprivation and above all they are DEPRIVED OF SAFETY.