On the 13th of February, Safecity was invited to be a part of ‘Kehkasha – a galaxy of stars’ an endeavor by Avanti Foundation and The Blue Ribbon Movement to bring together thousands of girls who have walked through the journey of leadership.

Safecity conducted an hour long “Know Your Rights” workshop with 30 adolescent girls, ages 13 to 16 years, about gender and child sexual abuse. We started off this workshop with an ice breaking activity of introducing themselves and their favourite foods, as well as a short game to help them get to know each other. Then we spoke about safe spaces through questions such as do they feel safe at home, in school, on the street, with friends, alone, at night, and so on. At first the girls said that they felt safe everywhere, but after a few began to share instances where they felt unsafe more girls began to open up about their experiences.

After that we spoke about gender roles, and the categories created by society though a short activity. This lead to a vibrant discussion around gender discrimination and how gender roles contribute to it. At this point some teachers from the schools participating joined the class and we took the opportunity to ask them about restrictions they faced as women in public spaces. All the teachers spoke about how they don’t travel for leisure alone, or leave the house too late at night.

We also showed the Childline short film on Child Sexual Abuse called “Komal”. Even though the participants were a bit older than the usual audience for the film, they felt is was very educational and interesting. After the film we spoke about the Prevention of Children against Sexual Offences Act (POCSO Act 2012) which covered sexual offences, particularly Child Sexual Abuse and Sexual Harassment. 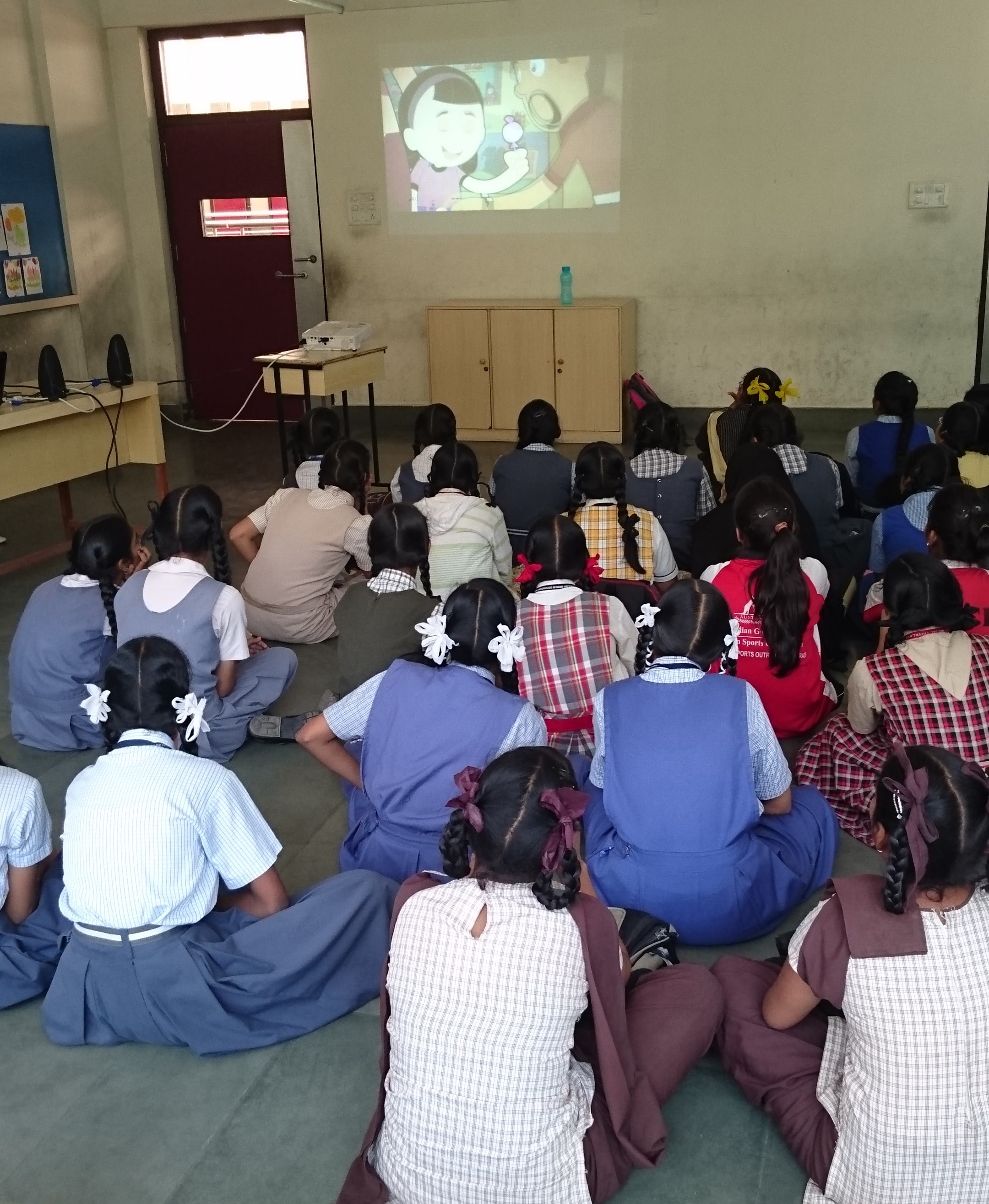 Since the participants were adolescent girls, we also spoke about the importance of enthusiastic  consent and how they can apply it to their everyday relationships, whether it be hugging a friend, or going out for ice cream.

Towards the end of the workshop, the girls had many questions such as what steps are to be taken if someone is harassing you and how do you prove an incident where someone is constantly staring at you. After answering these questions, the girls were asked to write down what they learned from this workshop, as well as what they liked about it.