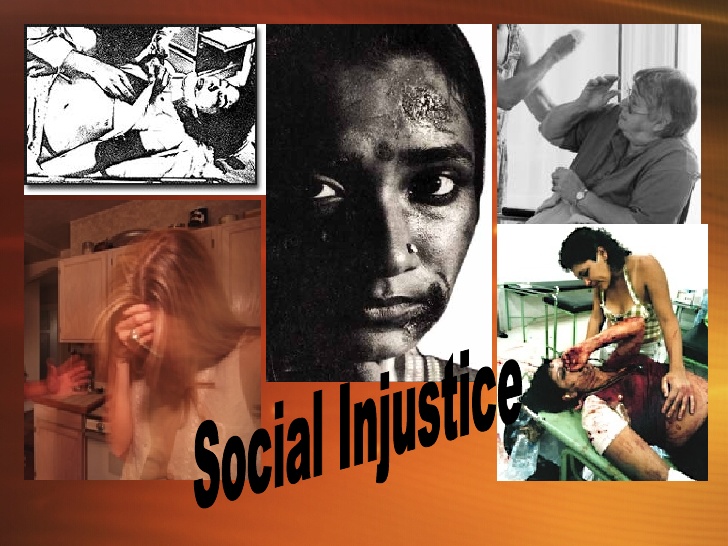 Raise Your Voice against Injustice

One day there was a discussion among a group of friends. Everyone shared stories of the crimes they witnessed which were happening around them in society. One of them shared an incident which had taken place the previous night in her neighbourhood where a sixteen year old girl was raped and kidnapped by a gang when she tried to escape but there was no one was to help her.

Down the ages, we have been brought up in a society where we are told stories of kings, emperors, warriors, rulers and leaders. These were men who have ruled for years creating a patriarchal society. Society looks upon men as superior, realistic, confident and provides an abundance of opportunities in many aspects. As a by-product women haven’t been able to avail of equal opportunities, have been subjugated and subjected to injustice and violence. The cruelty of man upon woman cannot be overlooked.

In the olden times, the practice of Sati was prevalent for quite a long span of time where a woman’s right to life was snatched away as soon as her husband died or she was treated as a bad luck. Not only this, but the system of dowry was also practised and is still rampant in some sections of society under different garbs. In spite of progress and development there still remains a dark side of crimes against women like harassment, rape, sexual assault, acid attacks etc. There has been a continuous increase in crime rates in spite of various legislation being created and enacted. In some places girls and women are trafficked on a daily basis. Due to factors like poverty, lack of employment, etc some people see no other option but to sell their children in return for money. These girls might be tortured, beaten up, raped, blackmailed unable to reach out to any who can help them. When we talk of development, it is the entire society that needs change and not just a section. The birth of a girl child was considered unfortunate and female foeticide has been rampant. When girls were allowed to be born, they were considered a financial burden as they has to be married off. Many of them were ill-treated and deprived of education.

Women have been beaten up, demoralised and threatened. In order to satisfy their sexual desires some men rape women and even girls who are minors ie. below the age of eighteen. Those who belong to poorer and weaker sections of society are more vulnerable to gender-based violence and victimised without being able to seek recourse. It is time to wake up and help those weak, powerless women who do not have access to resources and help.

Change and the Society

The initiative to bring about change lies within us, to give a woman an identity and independent status in the society. Today, in the current scenario, women are the ones who need to be placed on an equal footing with men as she is more than capable enough to handle every situation that a man can. There are many women in navy, politics and the police force where she is marching ahead with men.

Various educational programmes and seminars are being conducted to spread awareness about the crimes against women and the importance of gender equality. Numerous laws have been enacted to provide equal protection to all. One out of three women in the world have been sexually harassed in their lifetime. Many women are unaware of their rights and if aware, are often denied of them and this is how injustice is rooted in this modernized world. When we talk of modernization, growth, development we need to remember that a society needs balance and equality for its all-round development where the values of brotherhood and unity are upheld. Women need to be educated, empowered, supported, motivated to perform and have access to equal opportunities.