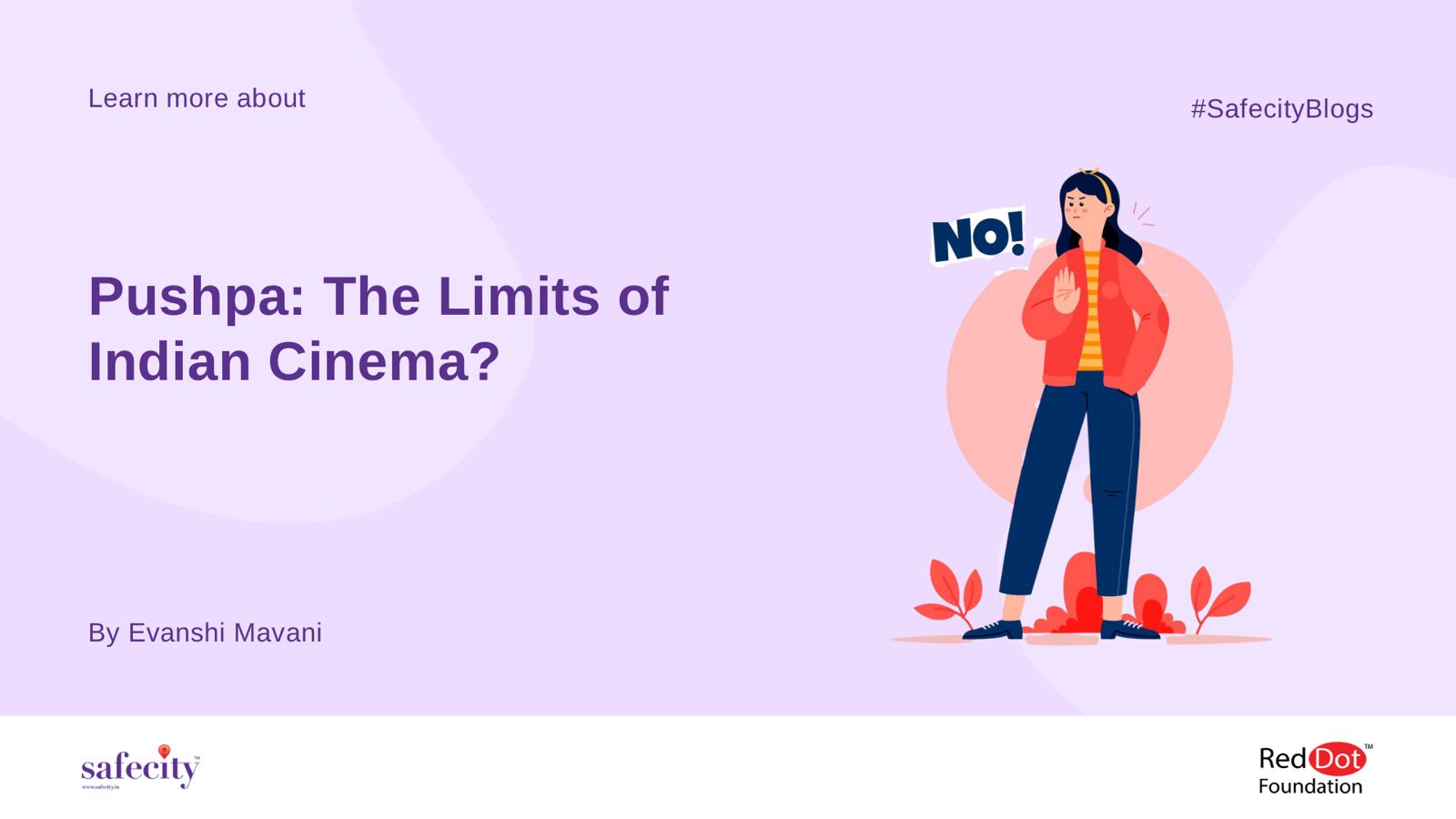 For years now in Indian cinema, there’s been nothing as exhilarating for the masses as seeing a hero crush his enemies, save his girl, and live happily ever after. However, it’s 2022, and surely, we can hope for better content that does not revolve around a macho man saving a poor damsel? Well, apparently not.

In December 2021, Pushpa (Telegu) was released, and as of January 2022, its Hindi version is being shown countrywide. The movie has quickly become one of the highest-grossing films in India, even surpassing Bahubali: The Beginning. And this does not reflect well upon the Indian film industry and audience at all.

Pushpa is a massive step back for the Indian film industry in terms of depicting gender issues in society, and it almost feels as if nothing was learned after the whole Kabir Singh fiasco. Once again, stalking and “rowdy” behaviour are depicted as romance, which fuels the typical insensitive saying “ladki ki na mein hi haan hai” (Translation: there’s a yes hidden behind every woman’s refusal).

It is also disappointing to see little or no criticism from the masses regarding the glorification of toxic masculinity and patriarchal norms. The entire story feels like a coughed-up plot of a man’s journey to herohood, with some superficial nuances sprinkled in. How unique!

Pushpa Raj, the main character, is a man like no other – perfect in every way, except, of course, his lineage. With such a hero, whose only weakness, aka Achilles Heel, is his illegitimacy, there has to be something to overcome it. And this something comes in the form of hyper-masculinity.

Pushpa has to fight 20-something men or continuously scheme against his enemies in order to feel manly (read: heroic).

This image of an inhumanly strong man who never flinches or breaks is considered ideal, which is extremely harmful to both men and women. By glorifying hyper-masculinity in movies, the audience sets unachievable goals for men, which makes them feel inferior for not showcasing such machoism. This ultimately leads to men desiring to show their heroic masculinity by undermining women and behaving as if they’re always right.

At its core, Pushpa is a work of art that normalizes patriarchal structures and commodifies women. The heroine, Srivalli, saves her first kiss (read: virginity) for her husband, which reinforces the pure-impure dichotomy used to shackle women’s agency and autonomy. They are only considered worthy “wives” or “proper” women if they have “saved” themselves for their husbands. This is ultimately ironic because while society sexualises women, it expects them to “practice restraint” and “preserve themselves” for their male counterparts.

Every woman in Pushpa is characterized by her body in some way. Pushpa Raj’s mother is only mentioned as a rich man’s mistress, while Srivalli is seen simply as an object of interest to both the hero and the villain. And keep in mind, neither is any better in their treatment of her. Jolly Reddy (villain) blackmails Srivalli to sleep with him, while Pushpa Raj (hero) offers to “buy” her kiss and gets offended after being rejected. The worst part is that Srivalli internalizes this behaviour and actually asks Pushpa to “deflower” her before she gets raped by Jolly Reddy. It’s genuinely revolting to see something like this being depicted in cinema and even enjoyed by masses in this day and age. This problematic behaviour between the couple is seen as cute or even some form of a kink by the audience, who coos at the scene where Pushpa forces Srivalli to accept his affection.

Now, upon reading this, many angrily comment: It’s just a fictional movie. Who even takes what’s on the screen seriously?!

Throughout the movie, we can see landlords raping women from marginalized classes with little to no consequences. It has become so normalized that no one blinks an eyelid at the horrific crime being committed. This fictional scene of men raping and exploiting women and lower-class labourers isn’t fiction for millions of people. Art impacts life, and the constant portrayal of violence in media only normalizes it in real life. This has seeped so deeply into the society that 84% of women in Telangana actually think that there’s nothing wrong with wives being beaten by their husbands.

This blatant case of sexualizing women and seeing them as objects rather than humans is prevalent throughout the movie. Movies like Pushpa makes one wonder if there’s nothing more that mainstream Indian cinema has to offer to its male audiences than testosterone jacked heroes and “raunchy” one-dimensional heroines?