Naina Jha conducted a workshop on the topic “Puberty and Menstruation” at Aghor Prakash School on 8th December in collaboration with the organisation- Gupshup for a group of 60 girls.

She then explained menstruation, the bodily changes, the biological reason why females menstruate etc. She also highlighted the importance of personal hygiene and proper ways to dispose of sanitary napkins. The girls shared with her some myths they had learned through hearsay which she clarified for them with the help of scientific facts.

Inadvertently the issue of gender-based violence and sexual harassment was brought up. The girls shared with Naina the different problems faced by girls and women in 4 phases of their lives, i.e, before birth and 0 to 5 years; school years; college and marriage; old stage. They were aware of domestic violence, sexual abuse, etc because many of them had seen it in their homes. Naina spoke to them about the different forms of sexual violence, the importance of speaking up about it, reporting it and standing up for themselves. 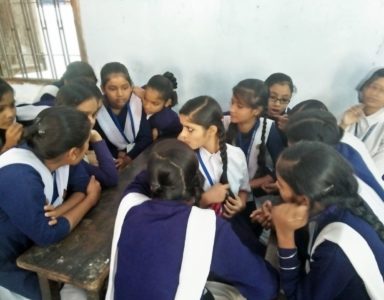 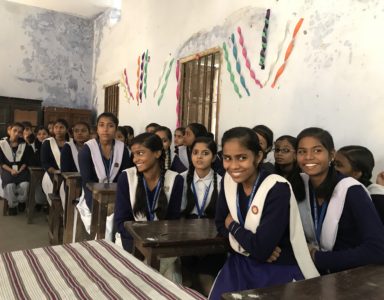 1 comment on “Puberty and Menstruation- Not Taboo Any More”