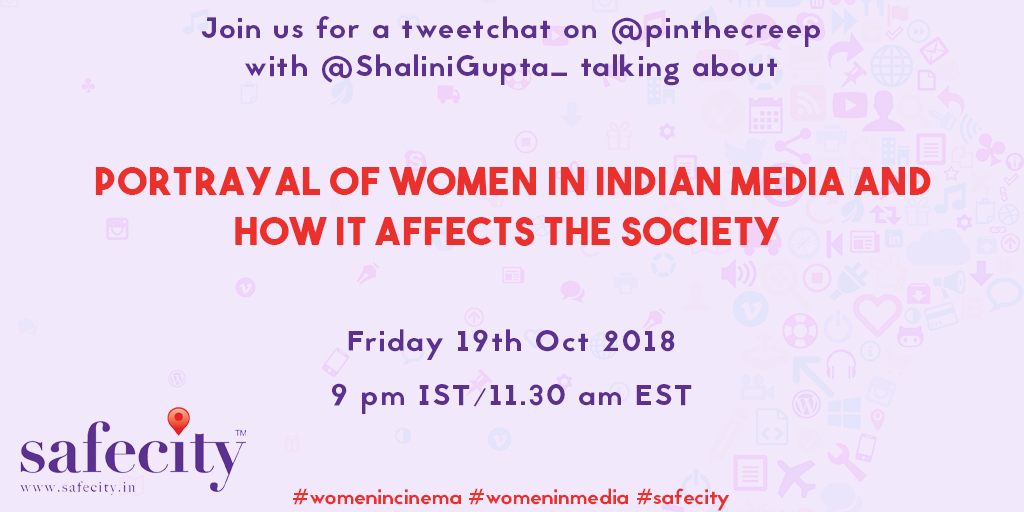 On 19th October, Shalini Gupta @ShaliniGupta_ conducted a tweetchat on the Portrayal of Women in Indian Cinema and TV and its effects on Society.

The chat began with a very important question asking the participants whether they felt that women are portrayed regressively in Indian cinema and television and if they agreed, what were the reasons for sch a portrayal. The participants were also asked they views on the importance of representing female characters properly in Indian cinema and television. Talking about our own series #FeminisninReelLife, we opening the question to the audience asking them to mention movies and TV series that were breaking ground by showcasing strong female characters. We also took a minute to point out the different negative stereotypes that are prevalent in Indian cinema and television in spite of the changing times. The tweetchat ended by asking the audience for suggestions on steps that  Indian filmmakers and television personnel can take to ensure a progressive representation of women on screen.

A tweetchat by Shalini!