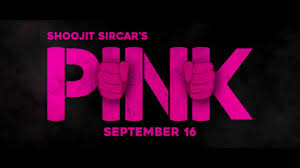 The movie has been written about, analysed, dissected, and had the society almost split into opposing factions about how effective its feminism was. The novelty of the movie lies in the strength of the modern woman, who is unapologetic about the things she does, the clothes she wears, the places she goes, or who she loves. The movie jolts you to the understanding, that no matter who a woman is, or how society perceives her, assault is assault, and in impact, all victims/survivors are equally entitled to justice. Inter-sectional feminism has to strive for equal rights of all women, no matter what their financial status or educational qualification or profession is!

Victim shaming is common in reel and real life in India, your name could be Minal or Suzette Jordan, yet society would find ways to claim that due to their clothing or friendliness or drinking alcohol, sexual assault was inevitable. No questions are asked of the rapist. Is it about lust or power or anger or misogyny or some other reason? If society could expend the energy they use to deride victims into finding out the reasons behind the dynamics of sexual assault, we could finally have a Utopian world where just being female isn’t an automatic invite for harassment.

Marital rape has recently been a heated topic of discussion in our country that questions whether performing sexual acts is the duty of a wife or whether her consent matters. PINK manages to seed questions in your mind- is a sex worker not entitled to consent? What is the definition of assault even if the woman has accepted money from the aggressor? These are pertinent questions which may fall into grey areas for many. Consent is not a tricky topic at all. NO means NO! How much clearer could it be? But the NO is judged by how hard she fought back, how much she screamed or tried to get away. This thinking obliterates the concept of power equations. There are many victims who are unable to resist or fight back due to psychological pressure, especially because most assaults are perpetrated by relatives or acquaintances, not always strangers.

Dealing with the stigma of admitting that you are a victim of assault is a daunting prospect. PINK highlights the convoluted redressal system, which only recognizes sexual harassment or molestation as “outraging the modesty” of a woman, rather than calling it what it is- an assault. Use of such terms like “modesty” reinforces the age old notion “Sharm toh aurat ka gehna hai” (Modesty is a woman’s ornament). PINK manages to make the audience empathize with the victim despite her not being the quintessential abla naari (damsel in distress). These women stand up and they fight back, stigma be damned, because justice is paramount!

The film also brings in society’s perspective i.e. which strongly resonates with how many behave. The people living in the same society as the girls remained judgemental bystanders and silent spectators. Standing by passively while watching injustice take place is a crime in itself. PINK brings out the need for us, as society, to stand up against injustice not just against ourselves but others too and intervene in such situations. The film also does a great job of weaving in sections of the Indian Penal Code quite seamlessly whilst stressing on the importance of consent.

For a staunch feminist, some loopholes in the script are a little jarring, like no retribution for Dumpy for molesting Andrea, and not addressing the molestation incident Minal faced on being kidnapped in the car. PINK is a mainstream film which has managed to reach a wide audience. Above all, the movie managed to do what no movie has done before, it has made an unwavering statement, that no matter who the woman is or what her societal standing is, she has the right to her own body, to consent, and to justice.