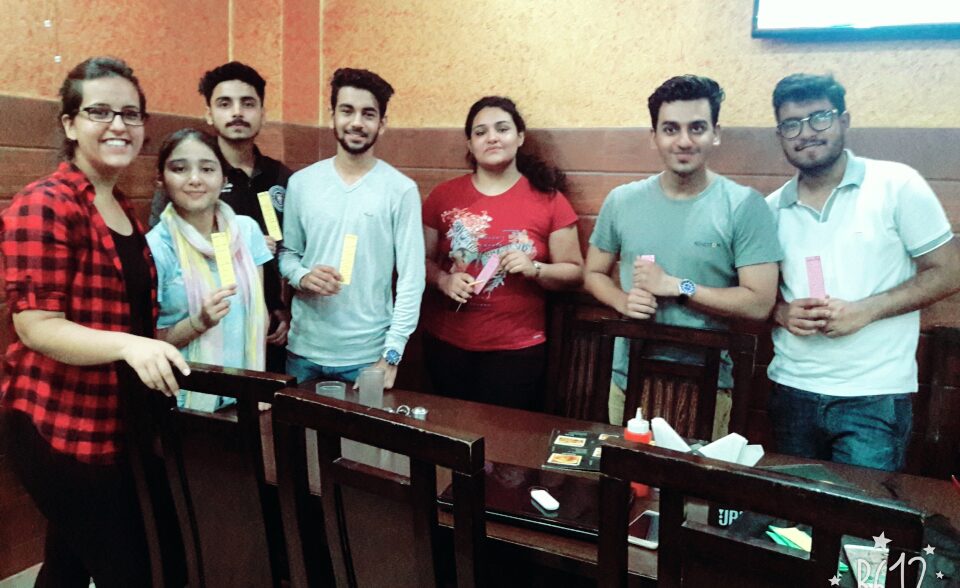 Safecity Activities, Volunteer Experience
Comments are off for this post
While Safecity’s volunteers and members of our Campus Ambassador’s groups were off for their summer vacations, they continued spreading the message of Safecity and spoke about issues of safety, harassment, abuse, consent amongst their friends and family thus creating more awareness around them.
Vanshika Deswal writes about her experience hosting a discussion on 18th June, 2017 at Sonipat, Haryana,
“I organised a small session for my juniors to talk about Safecity, the work it does and the importance of reporting sexual harassment. We were of group of 9 people excited and enthused to talk about the issues that affected us. It was an informal casual setting in order to facilitate easier and more comfortable discussion.
We began by introducing ourselves and then discussed about reporting, the importance of reporting and the different kinds of cases reported. One of the participants spoke about cases like theft and robbery which are usually reported and that cases of violence including road rage or sexual harassment were not. We further talked about ‘safety’ during which most spoke about protecting oneself.
I, then, showed them Safecity’s website and the crowdmap and encouraged them to submit reports of sexual harassment if they had ever experienced it. Since they enquired about ways in which they could volunteer, I explained to them all they could do in their own vicinity, neighbourhoods or from their own homes.  Most of them found the thought of doing ground work extremely challenging and asked me questions as to how they could approach people and girls to collect reports, keeping in mind Haryana’s culture and crowd which is not too welcoming of such conversations. I explained to them that nothing comes easy and though a challenging task, no one would disregard them especially when working for a good cause. On seeing that they were still reluctant I demonstrated what survey collection in Haryana could be like. I approached a family sitting near by in the restaurant and explained Safecity to them. The family took our website address and were interested in filling a report. This simple example convinced the participants.
I admitted that it would be difficult to get reports from Haryana, not because the people would be rude but due to lack of initiative in speaking to them. Such tasks demanded both the will and initiative to make a difference. The participants who were interested in volunteering readily gave me their contact details. To end the session, they each wrote on the blank bookmarks I had prepared with Safecity’s logo and exchanged them amongst themselves.” 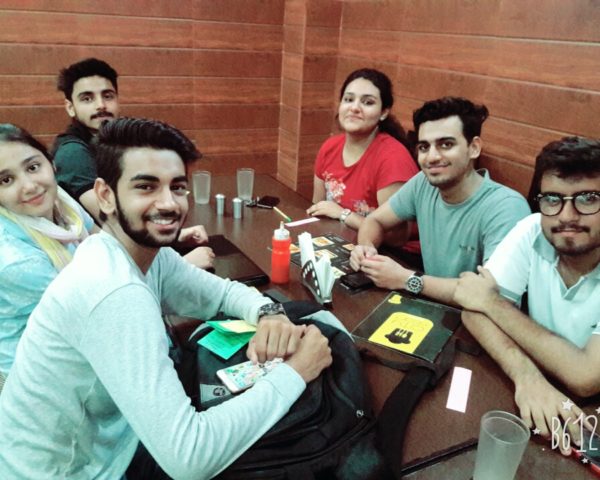 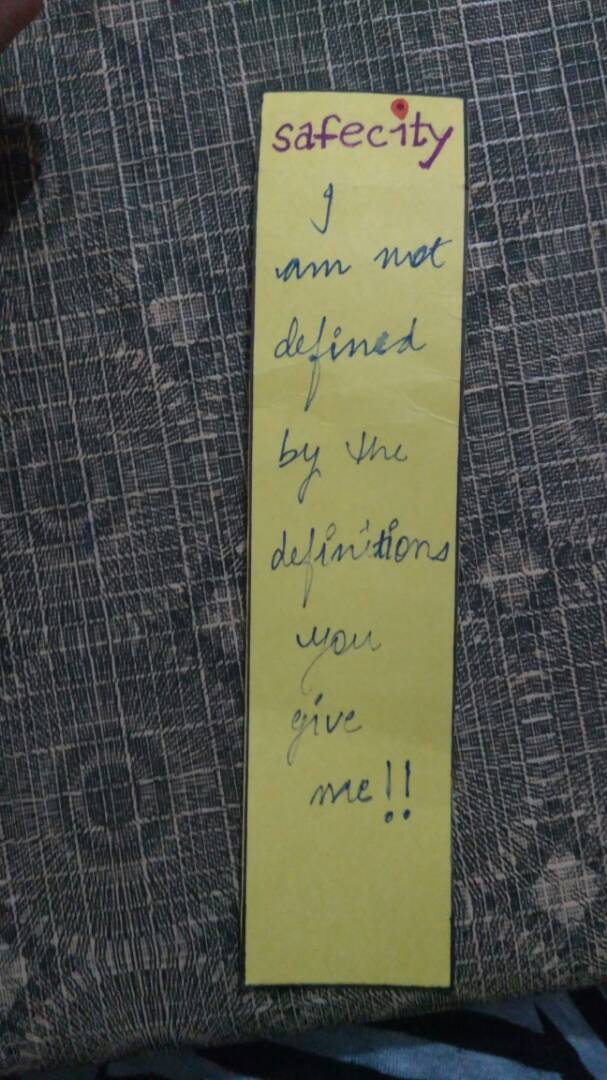 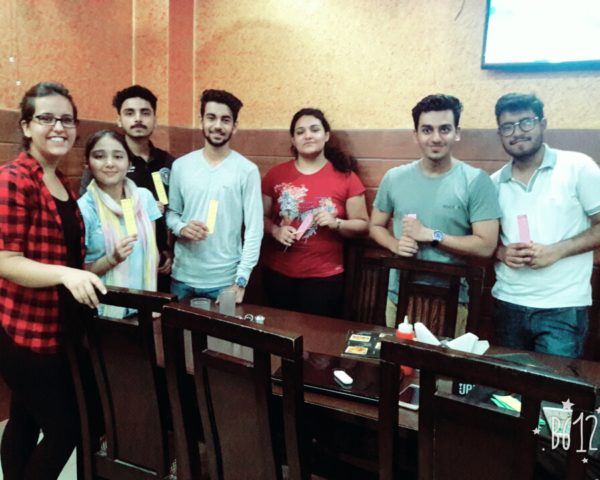