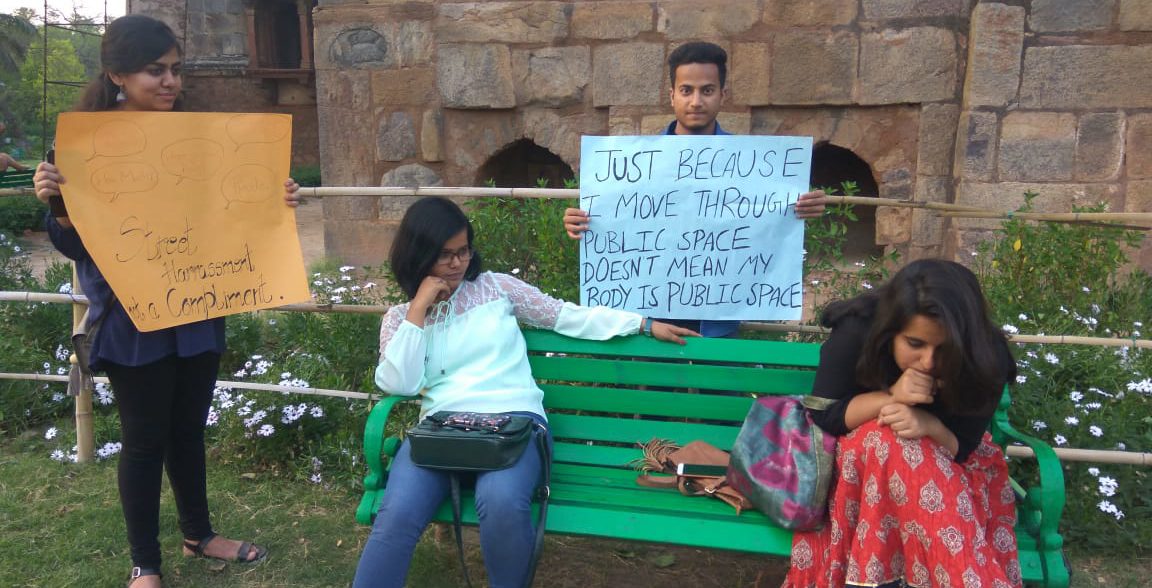 8th-14th April, 2018 was marked as International Anti-Street Harassment week. This week is an opportunity to collectively raise awareness that street harassment happens and that it’s not okay. It is a program to stop street harassment.

An activity was conducted by our SAFECITY team at LODI GARDENS on 8th April. The activity was a mannequin challenge in which there were two mannequins posing in an odd manner at different places of Lodi Gardens. At the same time other members of the team held posters with Anti-Street harassment slogans written on them. The posters were held near the mannequins. Passers-by noticed us and enquired about what we were doing after which we explained the horror of street harassment that women and girls have to face on a daily basis. The people who were interested were, in turn, asked to do a mannequin challenge with their interpretation of street harassment. 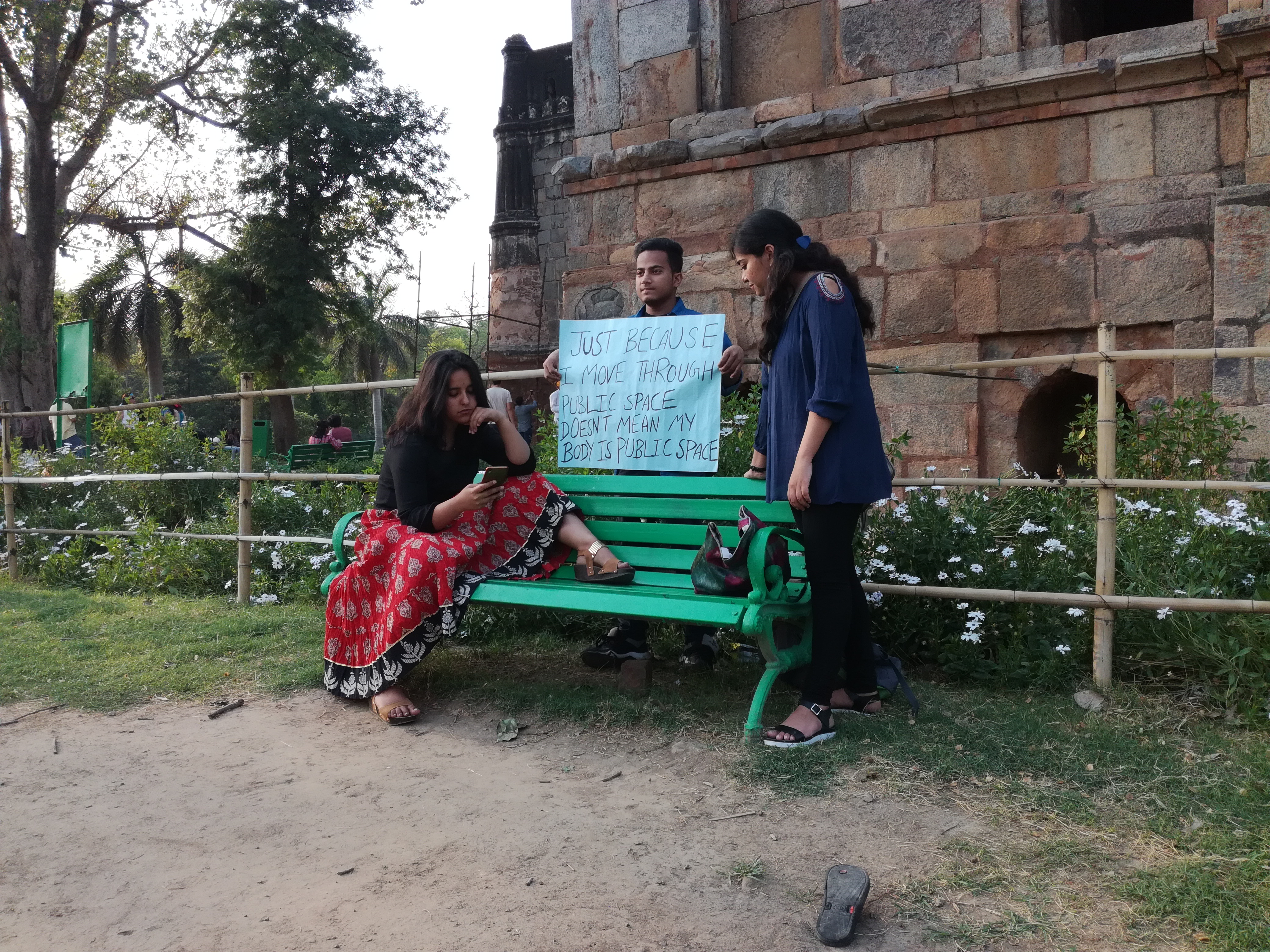 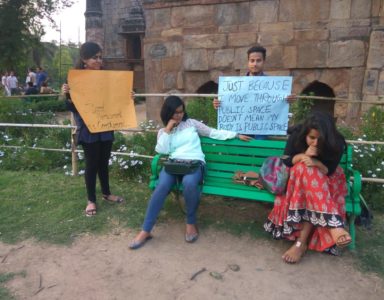 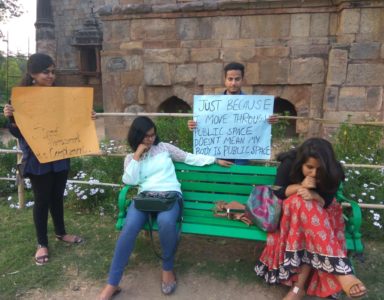 Around 120 people noticed our mannequins and posters. Though they were curious about what we were doing they shied away from participating in it. We were happy to be supported by 8 passers-by who agreed to be a part of the mannequin challenge.